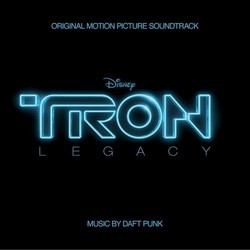 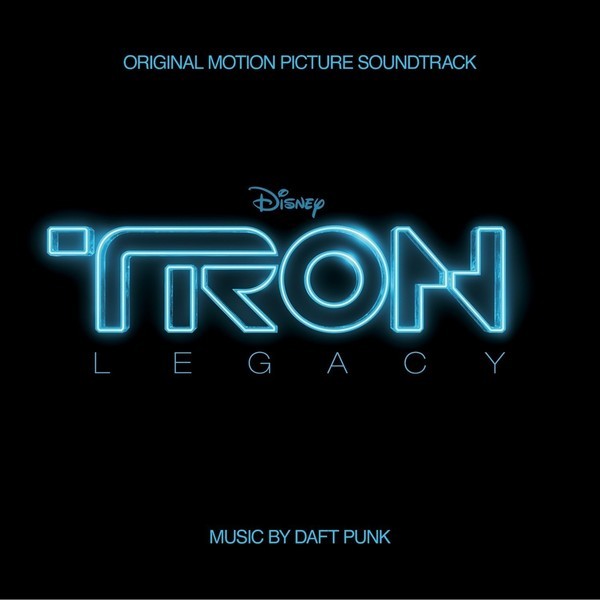 The soundscape of Tron Legacy is fairly unique. At times, it runs like a techno rave party CD. Techno beats combine with full orchestra (synthetic and otherwise) to explore sweeping themes. One interesting thing about Tron Legacy is that it doesn't just focus on the techno style it represent, but rather looks towards classical and contemporary music for inspiration. There are some subtle references to Wendy Carlos's score for the original Tron, and there are even interenting nods to composers like Beethoven, Mozart, and even (slightly) Hans Zimmer. The influences spread everywhere but the music manages to stay original throughout.

The main theme for the film is heard right away in the Overture. It is a bold, brassy, heroic motif representing the character of Kevin Flynn. Aside from being hinted at throughout the score, it makes a grand appearance in 'Flynn Lives', gradually rising until it finally busts into the full orchestra. Representing Sam Flynn is a classical/techno piece. For the villain of the film, C.L.U., is a rising three note motif which actually manages to stand out throughout the score (heard in 'CLU', 'Fall', and 'Rectifier'.) The score itself also is divided up. At times, there are large sweeping melodies ('Recognizer'). Some times, there is more eclectic new world material, consisting of mellow rthyms and motifs ('Nocturne'). Other times, Daft Punk goes back to their roots of techno for dance club beats ('End of Line').

Despite the successful release of the Tron Legacy album, Disney was heavily criticised for the market strategy surrounding the bonus material featured in alternate releases. In short, there are four versions of the soundtrack. The first is the normal version (reviewed above). Second is the the Amazon release which features an additional track ('Sea of Simulation'). Third is the iTunes edition, which includes 2 additional tracks ('Father and Son', 'Outland Part II'). Fourth and last is the limited edition of the score, which features an additional disk with 5 new tracks ('Encom Part 1', 'Encom Part 2', 'Round One', 'Castor', 'Reflections'). It's a pretty bad marketing strategy, as you need to keep dishing out money to get ahold of all of the additional songs. There has also been a re-release of the soundtrack, which is mostly remixes.