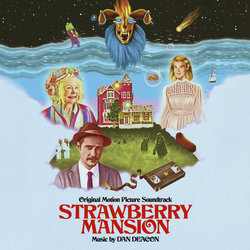 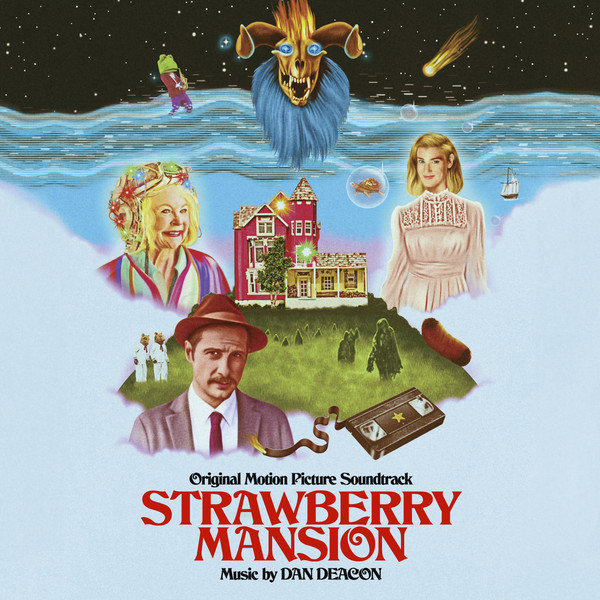 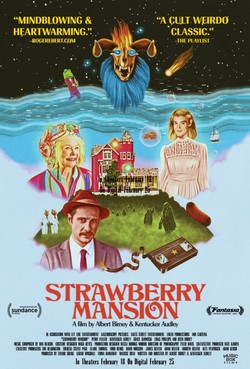 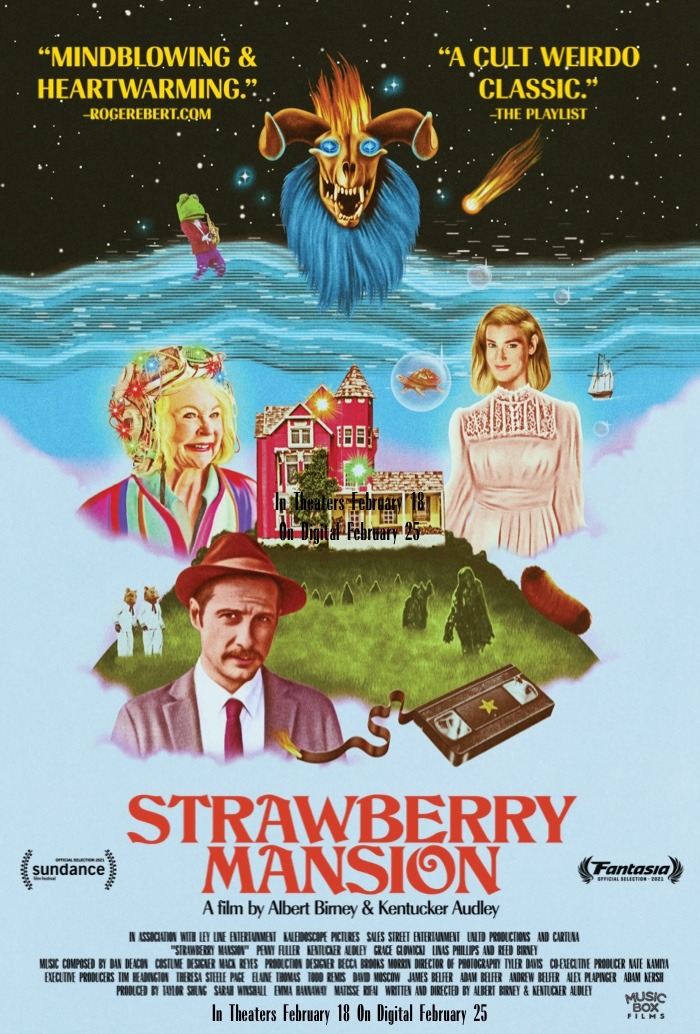 Working closely with co-directors Albert Birney and Kentucker Audley from the film’s inception, Deacon began composing themes after reading an early version of the script, adapting and building out the soundscape alongside filmmakers as the project progressed.

The result is a score that carries viewers through the film’s dreamlike pacing; bright synths heighten moments of absurdity and adventure with wondrous exuberance, while delicate strings and ambient textures underscore the more sobering themes at the heart of the narrative.

Making its debut alongside album release is an official music video for album opener “Strawberry Mansion Theme,” directed by Albert Birney and Kentucker Audley and featuring Deacon performing amongst the film’s scenery and characters

Of the score, composer DAN DEACON says, “Since the moment in 2016 that I saw Sylvio, Albert and Kentucker’s first feature as co-directors, I've wanted to work with them. When Albert started talking to me about Strawberry Mansion, my mind immediately started racing. Working on a science-fiction feature film that takes place within tangible dreams and coexisting realities was immediately inspiring.
I started writing demos and ideas for motifs based on an early version of the script, and shared them with Albert to experiment with. From there, we started building our shared musical vocabulary and talking about the logic of the film.
I fell in love with the worlds Albert and Kentucker had built, as well as the characters within them. I woke up every day excited to work on this score, so much so that it was a hard project to have to finish.
It's one of my favorite projects to date. I'm so excited to share the score with everyone as the film opens in theaters!”

'It is hard to imagine Strawberry Mansion without Dan’s dynamic score,” adds director Albert Birney. “Sometimes I think he understood the movie more than Kentucker and I did. He would send us demo tracks with elaborate emails explaining why he used a certain instrument, or why a particular melodic line made sense for the emotional arc of the characters. This is the type of collaborator you want, someone who is as passionate and excited as you are.
The 25 songs Dan composed really transformed the film. After editing a film for months on-end, after a while, it’s tough to see it anymore. You become convinced nothing is working and the movie is horrible.
Then someone like Dan sends you a new track, you put it on the timeline, and just like magic, you can see the movie again, and you see new things you had never noticed before!
That’s the power of music. It can transform the world (or movie) right in front of your eyes.'

With a creative repertoire that spans the course of five solo albums and collaborations with both chart-topping artists as well as institutions like the New York City Ballet and Baltimore Symphony Orchestra, Dan Deacon now adds Strawberry Mansion to his growing catalogue of score work. Following recent scores to documentary features All Light, Everywhere and the now Oscar®-nominated Ascension, Strawberry Mansion marks Deacon’s first narrative feature since 2011’s collaboration with Francis Ford Coppola on Twixt.

In 2035, our dreams are no longer our own--they’re infused with product placement and auditors assess unpaid taxes on our most private reveries.
Beleaguered taxman James Preble (Kentucker Audley) arrives at a run-down house in the countryside for a routine audit and encounters Bella Isadora (Penny Fuller), a lifelong dreamer who remains resolutely analog, circumventing the surveillance state with VHS tapes and homemade headgear.
As Preble works his way through Bella’s archive of the unconscious, he begins to fall in love with visions of her younger self (Grace Glowicki).
But all is not well in dreamland as dangerous family secrets and a rogue’s gallery of blue demons and fried chicken pitchmen threaten to set the lovers’ paradise ablaze.
Can Preble and Bella escape from the modern, monetized dreamscape and find refuge in Strawberry Mansion?

About Dan Deacon
Dan Deacon is a musician and composer based in Baltimore, Maryland. He is renowned for his five albums of innovative electronic-pop and his high-energy live shows featuring large-scale crowd participation.
Over the past decade, he has toured internationally with artists including Arcade Fire, Miley Cyrus, Future Islands, Lightning Bolt, and The Flaming Lips. Dan has also premiered compositions at Carnegie Hall and Lincoln Center, and collaborated with artists and institutions including Kronos Quartet, Sō Percussion, The Baltimore Symphony Orchestra, the LA Philharmonic, and Justin Peck with the New York City Ballet.
His albums Spiderman of the Rings and Bromst were both named Best New Music by Pitchfork, and his collaborative animated video for Adult Swim, “When I was Done Dying,” has millions of views.
Dan’s work as a composer includes scoring eight feature films—five of which, Rat Film, Time Trial, Well Groomed, Ascension, and All Light, Everywhere, have been made available as soundtrack albums prior to today’s release – as well as the acclaimed docuseries Philly D.A. and numerous short films. Dan’s fifth studio album Mystic Familiar was released January 31, 2020 by Domino Recording Company.