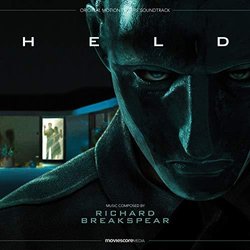 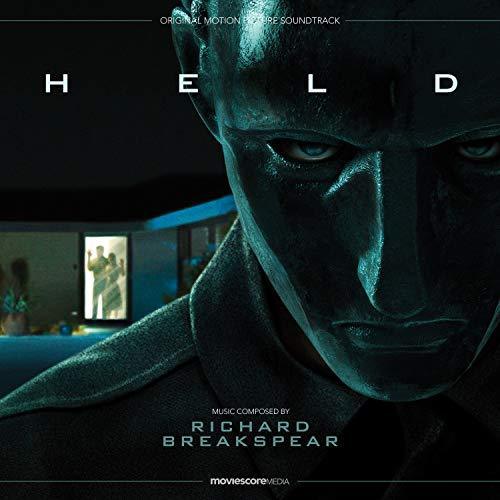 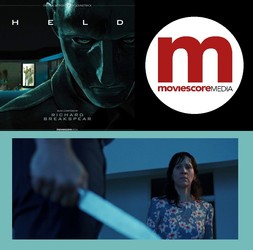 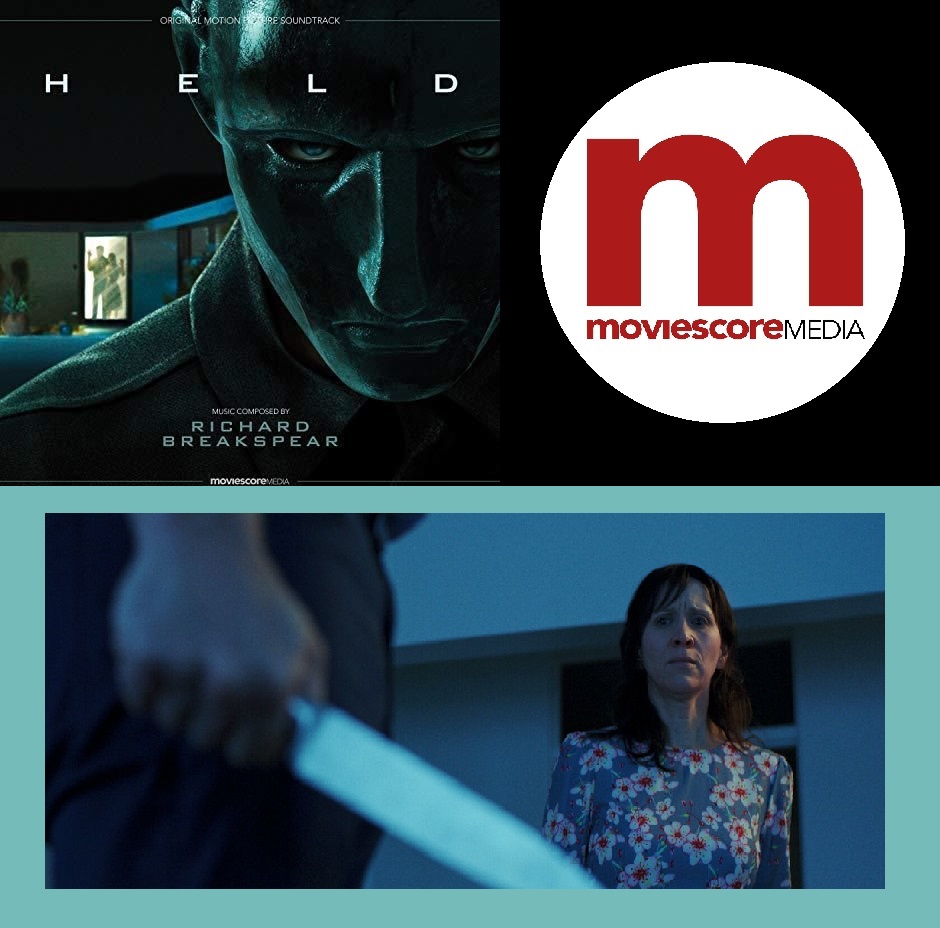 The film tells the story of Henry and Emma Barrett (played by Bart Johnson and screenwriter Jill Awbrey), whose ailing marriage is put to the test when they are held hostage in an isolated vacation rental by an unseen Voice who commands their every move. The films claustrophobic score by Richard Breakspear (Blumhouses Prey) cleverly builds upon the high-tech concepts of the captors hideout and has been gathering rave early reviews.

The directors of Held asked me to create a score that terrorized the audience, summarized Breakspear about his contributions. As we discussed having the sound of alarms being prominent throughout the score, I strayed away from writing melodies and decided the sonic palette would be a combination of dark distorted synths and gritty string elements that would help create the brutal tension and chaos within the house. It was important that the score was hard hitting and felt like an attack on the senses, highlighting what our main characters were experiencing throughout the film. It was my goal to make the audience feel uncomfortable and immerse them in the lockdown world that Chris & Travis had created, and transport them inside the house with Emma and Henry.

Originally hailing from a small town called Lewes on the South Coast of England, Richard Breakspear (aka Reg B) started out as an accomplished guitarist who shared the stage with the likes of Lenny Kravitz, Guns N Roses, Slayer and Incubus. He started writing film and trailer music in 2010 with contributions to CSI:NY and Top Gear USA as well as to the marketing campaigns of Mission Impossible: Rogue Nation, The Avengers, Sully, Power Rangers and Dark Phoenix. His music is used every week before kick off in Tottenham Hotspurs Stadium. Richards most recent credit is Blumhouses Prey, which premiered in September 2019. 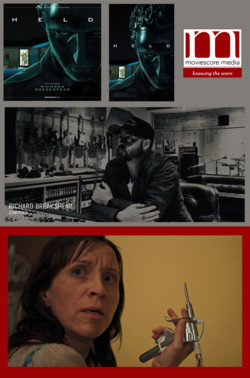 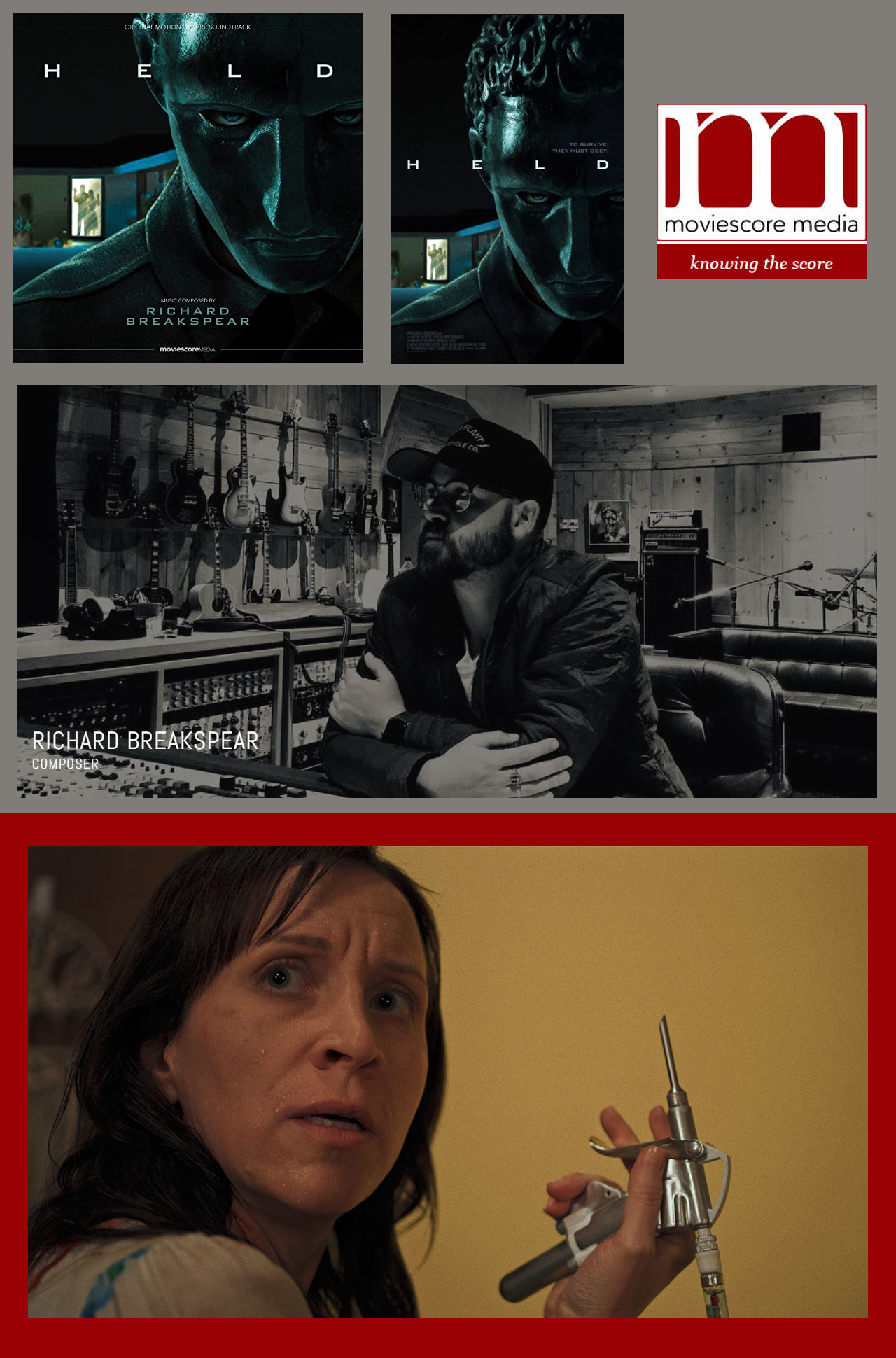 MovieScore Media presents the soundtrack album for the thriller Held. The album contains the music composed by Richard Breakspear (Prey).

MovieScore Media presents the soundtrack album for the thriller Held. The album contains the music composed by Richard Breakspear (Prey).

The soundtrack is available digitally on April 9, 2021.

Held is directed by Chris Lofing and Travis Cluff with Jill Awbrey (who also wrote the screenplay) and Bart Johnson.

In Held, Emma (Jill Awbrey) and Henry's (Bart Johnson) marriage is losing its spark. In an effort to reconnect, they vacation to a remote high-end rental, complete with automated smart house features and integrated security. However, after suspecting a nighttime intruder they decide to flee, only to become forcibly trapped inside by the automated security system.
Emitting from the house, an unknown 'Voice' watches their every move through an array of hidden cameras, revealing an intimate and unsettling knowledge of their relationship.
While the situation grows increasingly brutal, Emma and Henry must work together to uncover the truth and find a way out before it's too late..