Belly of the Beast: See What You've Done 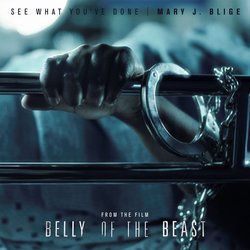 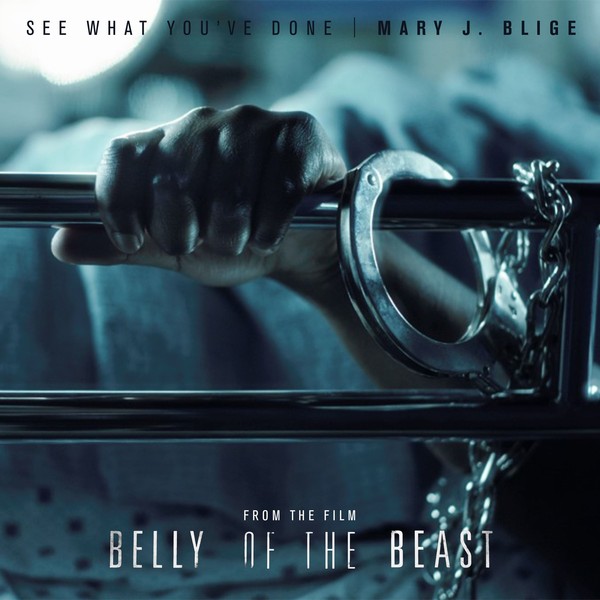 See What Youve Done (Belly of the Beast) 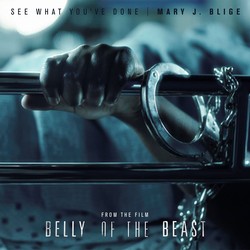 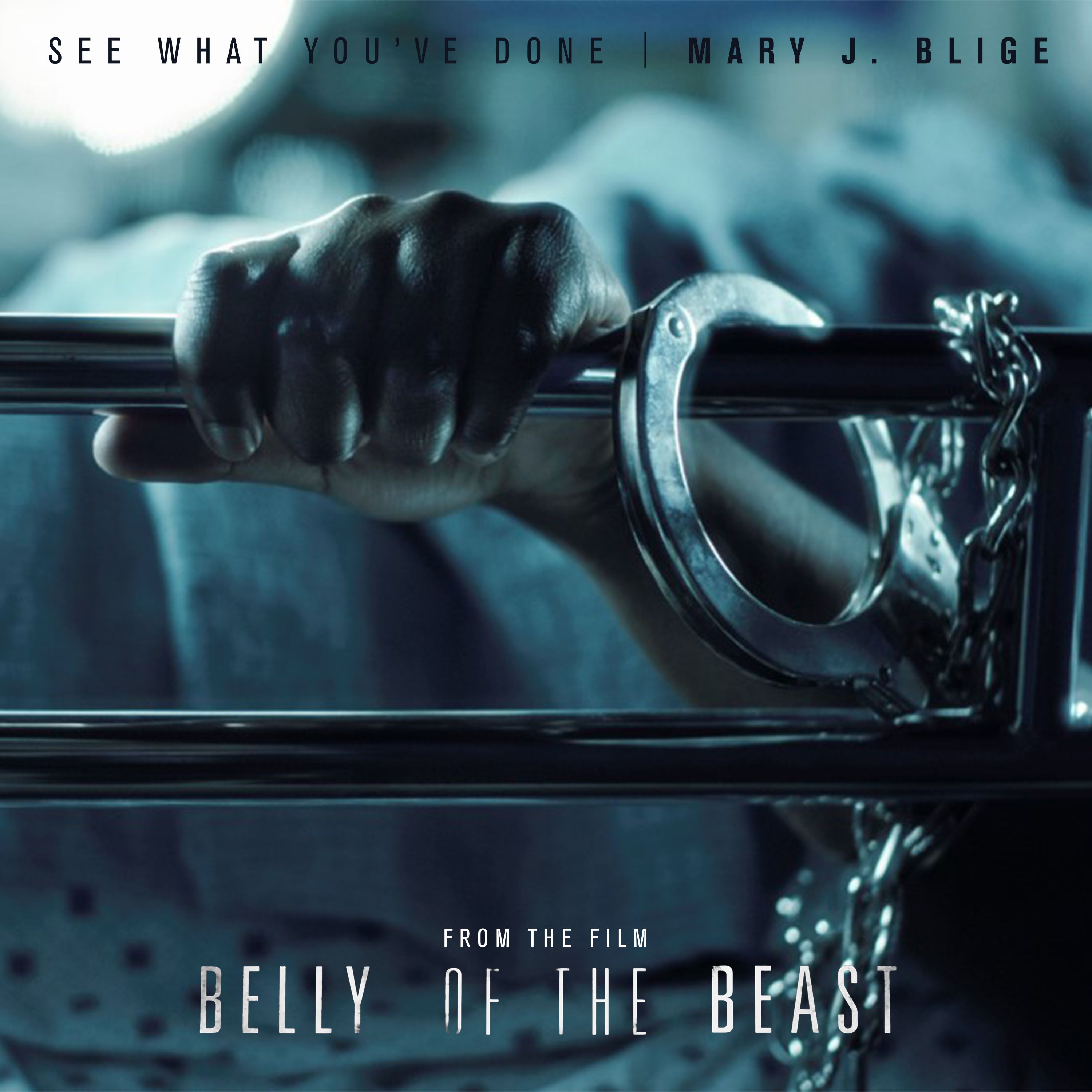 Def Jam Recordings/Universal Music Group is thrilled to announce the release of the original song See What Youve Done from Emmy® and Peabody award-winning director Erika Cohns documentary film Belly of the Beast.

Def Jam Recordings/Universal Music Group is thrilled to announce the release of the original song See What Youve Done from Emmy® and Peabody award-winning director Erika Cohns documentary film Belly of the Beast. The song is performed and co-written by Academy Award®-nominated and GRAMMY®-winning artist Mary J. Blige, in collaboration with GRAMMY®-winning record producer and songwriting duo Nova Wav (Denisia Blu June Andrews and Brittany Chi Coney) and GRAMMY®-winning producer/songwriter DJ Camper. The powerful anthem See What Youve Done, is available on all major streaming platforms today, October 16, in conjunction with the films U.S. theatrical release. Belly of the Beast will have its television debut on PBS on November 23.

At the 2018 Academy Awards, Mary J. Blige made history by becoming the first person to have been nominated in both an acting category and for Original Song in the same year (for best supporting actress and original song for Mudbound).

Mary J. Blige said: I am honored to have co-written a song for the powerful documentary film, Belly of the Beast. I was so moved by the film and Kelli Dillons story. I immediately knew I wanted to be involved, so I teamed up with Nova Wav and DJ Camper to write a song that would amplify the voices of women in prison. No one has the right to make decisions about a womans body without her consent and See What Youve Done is an indictment, a testimony, a call to be strong, and an anthem for a movement whose work isnt done yet.

Kelli Dillon, the films protagonist, a survivor of domestic and state violence, and community intervention specialist, was humbled by Mary J. Bliges interest in the film: I cried when I first listened to the song. When I heard the passion behind her voice, it affirmed my strength, my ability to survive what happened, and fight.

Director Erika Cohn said: I could not be more honored to have Mary J. Blige involved as the musical voice of our film. With deep emotional resonance, she so exquisitely centers the song, See What Youve Done, from the perspective of survivors, paying tribute to their strength. Both musically and lyrically, it reflects Kelli's ongoing pursuit of justice and demands reparation for people who were illegally sterilized in womens prisons.

About Belly Of The Beast
When a courageous young woman and a radical lawyer discover a pattern of illegal sterilizations in Californias womens prisons, they wage a near-impossible battle against the Department of Corrections. With a growing team of investigators inside prison working with colleagues on the outside, they uncover a series of statewide crimes - from inadequate health care to sexual assault to coercive sterilizations - primarily targeting women of color. This shocking legal drama captured over 7-years features extraordinary access and intimate accounts from currently and formerly incarcerated people, demanding attention to a shameful and ongoing legacy of eugenics and reproductive injustice in the United States.

About Mary J. Blige
Iconic Grammy Award-winning and Academy Award-nominated singer, songwriter, actress, producer and philanthropist, Mary J. Blige is a figure of inspiration, transformation and empowerment making her one of the defining voices of the contemporary music era. With a track record of eight multi-platinum albums, nine Grammy Awards (plus a staggering 32 nominations), two Academy Award nominations, two Golden Globe nominations, and a SAG nomination, among many other accolades, Blige has cemented herself as a global superstar. Over the years, Blige has attracted an intensely loyal fan baseresponsible for propelling worldwide sales of more than 50 million albums. She currently is working on multiple film and television projects, both as an actor and producer under her own production banner Blue Butterfly, recently launched of her own wine collection, Sun Goddess Wines, in collaboration with the internationally prestigious Fantinel Winery, owns her own jewelry line Sister Love with long-time friend Simone I. Smith, among many other endeavors.

About Nova Wav
The Grammy nominated songwriting/production team NOVA Wav includes Denisia Andrews (Blu June) and Brittany Coney (Chi). The duo believes their best work is created when they kick everyone out of the studio, but GOD and then music magic happens. Their music magic has placed them amongst a multitude of talent that they have produced, and or written for from Beyonce & Jay Z, Rihanna, Ariana Grande, Nicki Minaj, Teyana Taylor, Lukas Graham, H.E.R., DJ Khaled, Zayn, to Kehlani, and many more. NOVA Wav have also written and composed for a number of movies including, The High Note, A Wrinkle in Time, Little, and the The Fate of the Fast & Furious. They were named on Billboards 2018 R&B/Hip Hip 100 Power Players and listed on Revolts Top 9 producers of 2019 that demanded the sound of Hip Hop and R&B. They recently gained an international reach by writing and producing the 2019 FIBA Basketball World Cup song Champion performed by Jason Derulo. Major publications, including VIBE, LA Times, & Chicago Tribune have highlighted their impact and success.

About Dj Camper
DJ Camper is a Grammy award-winning songwriter and producer. In 2018, he won a Grammy for Best R&B album  for the recording artist H.E.R. In 2011 Camper, co-produced the Big Sean single Marvin & Chardonnay,' which reached number one on the US Billboard Hot R&B/Hip-Hop Songs. In 2012, he received a Grammy Award nomination for co-producing singer Elle Varners Refill. Subsequently, Camper worked with artists such as Tamar Braxton, John Legend, Nicki Minaj, and Jay-Z. In 2017, Camper collaborated with Mary J. Blige on her single 'Thick of It,' which topped the US Adult R&B Songs chart. The following year, he executive produced on English singer Jessie Js album R.O.S.E. Most recently, recording artist Brandy appointed Camper to executive produce her latest album B7.