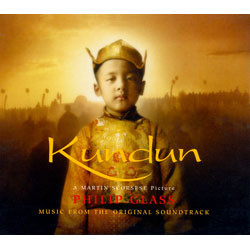 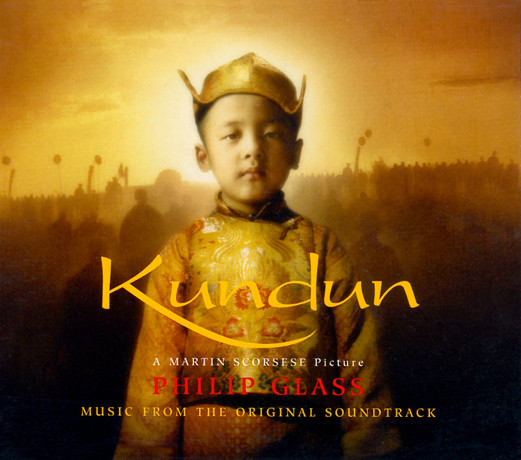 Kundun - 08/10 - Review of Tom Daish, submitted at 2010-09-11 00:02:30
From what I gather, this is one of the most accessible Philip Glass scores and is probably his most high profile, especially after the Oscar Nomination it received. Glass composes in what might be deemed the opposite way to most Hollywood composers in that he is a minimalist. There isn't a great deal of thematic material in this score, but it more relies on repeated phrases that occasionally change by adding more instruments or perhaps a motif or two over the top to change the colour of the music. You only need to compare this approach to that taken by John Williams for his staggeringly good Seven Years in Tibet (which while being my preferred score out of the two didn't even get nominated for an Oscar). Williams uses a sweeping and beautiful theme as well as Yo Yo Ma's impressive 'cello solos and the odd smattering or ethnic instruments and not an insignificant amount of sweeping and epic material. Glass does away almost entirely with the epic theme (as his approach would suggest), but replaces it with melodic fragments and a main theme that isn't really a melody, more a very distinctive progression of repeated chords. This is introduced in Reting's Eyes and crops up several times later in the score, most notably in the final track.

I would have to say that there are times when it seems to sag and you kind of wish that a grand theme would suddenly appear, but there is always another interesting little idea just around the corner, so if you can keep going, it's well worth the effort. The ethnic colouring is somewhat more present than in Williams' epic, the use of Gyuto and Drupka Monks as well as Tibetan horns, cymbals as well as various solo western instruments is quite often and only once or twice does it seem to slightly overwhelm the music. Particularly noticeable is when the cymbals and Monks all appear together, the rest of the orchestra can get drowned out in their deep rumbling, perhaps that's more of a mixing problem than anything.

There are quite a few lighter moments against the serious aspects and the music is on occasion actually quite fun while still blending perfectly with the rest of the score. The only thing there doesn't seem to be is any appreciable tempo change, it all rolls along at roughly the same rate. This makes it either hypnotic or boring, depending on your viewpoint. For once I would say it's hypnotic and it draws you along with it. If you do get to the end, the wait is well worth it. The best tracks (as with many scores it seems) are in the last few, starting with The Thirteenth Dalai Lama. It starts in the same vein as most of the tracks with the repeating string patterns and ethnic rumbling, but soon evolves into a gorgeous trumpet solo, backed by the aforementioned strings. The trumpet melody is quite lovely and makes you wonder how great a score written by Glass with proper main themes in might be. It's a shame that this isn't used more, but that, I guess is something you must put up with from a minimalist! Projector is another lovely cue with twinkling percussion as well as Tibetan horns, highlighting the more fun side of the score. Lhasa at Night has yet more string figures, but the one used in this track is perhaps the most lovely with superb harmonies. Again, a shame that there isn't more of it. The final track manages to pull many of the different ideas together to bring the score to a rousing, albeit slightly abrupt ending. The main theme appears sung by a conventional choir as well as in the brass and is truly a magical and uplifting track, even if it takes a bit of time to get going.

This score is not going to appeal to everyone, but if you feel daring then give it a try as after a few times through you start to understand the beauty of Glass' approach and although it's not quite up to the beautiful splendour of Williams' effort, this is most certainly an excellent score.
Golden Globes: Best Original Score (Nominee)
Oscars: Best Original Score (Nominee)