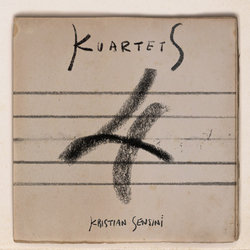 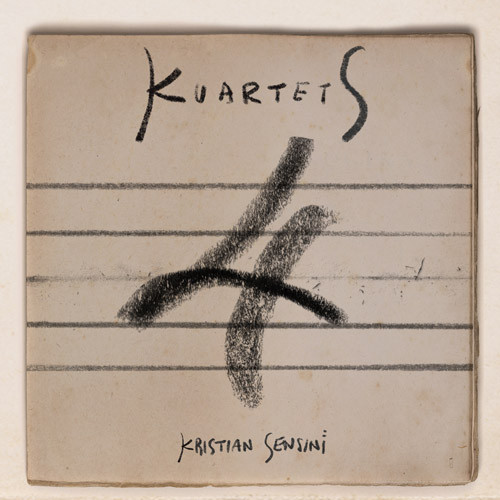 To introduce us into his world, in the first track Kristian offers us a lively and coloured bicycle, which immediately encourages a relaxed ride and a contemplative listening attitude. After a little more than an hour of sparkling surges and languid retreats, the last quartet takes us straight to the very emblem of the impossibility of a finish line, of a point of arrival: that Beckett’s “Godot”, meaning the uselessness of waiting and of expectations. You could therefore infer that a path so deliberately inconclusive, almost stranded and mutilated of a definite perspective by its own author, is equivalent to a dead end road, or a bottle with no trace of a message. Nevertheless, you could not be further from the sense of which KuartetS is permeated: as in living itself, it is not the destination nor the presumed lesson that counts, but the journey (here a musical one), always so new and unpredictable. And what is more, in this effort of his - which also has the grace of what is obtained without effort - Kristian, who is an experienced composer at the service of moving-images, this time only meets his own requirements, and the urgencies of his own feelings. And the 17 answers that he gives to himself and to us are all beautiful: they are personal reinterpretations of the twentieth-century chamber music tradition, suspended between minimalism and Celtic mists, between Old Europe and the New World, between Philip Glass and Tin Hat Trio. But there is so much more: you just have to get on the bike and ride those 66 minutes of pure listening pleasure.
Sergio Bassetti