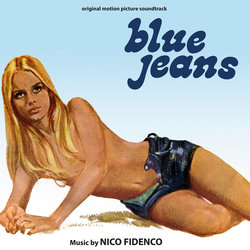 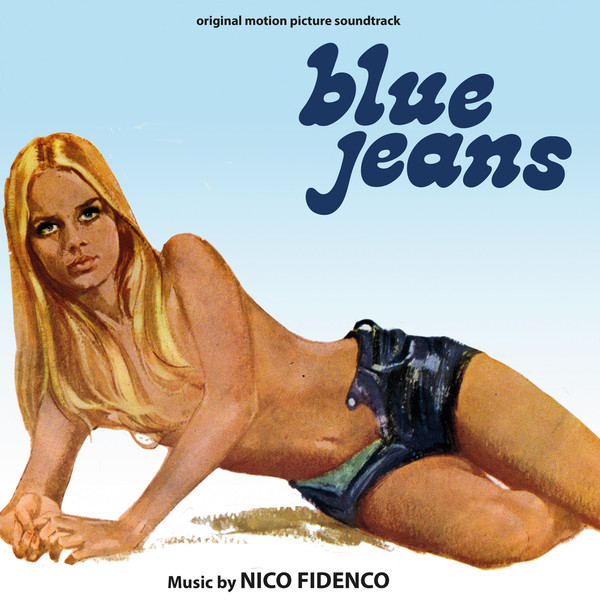 An EP single (Rca TBBO 1114) was originally released with the songs 'Blue Jeans' and 'A final step,' performed by the group Cyan, which open sides A and B. For this LP we used the original tapes in full stereo that were preserved in the RCA archives.
Nico Fidenco composed a pleasant soundtrack with a pastoral flair which is dominated by the main theme, a romantic ballad we hear in a faster and slower vocal version. It is then reprised with different instruments: cheerful and rhythmic flute, harmonica and orchestra, harmonica and strings with a touch of country, harpsichord, and classic guitar.

Daniela is a seventeen year old girl who goes by the nickname 'Blue Jeans.' She claims to be the illegitimate daughter of Carlo Anselmi, a rich art conservator who is has been separated from Daniela’s mother for 20 years.
Daniela gets arrested for performing obscene acts in a public place and so the police entrust her to Carlo. She wreaks havoc on his life with her uninhibited and provocative behavior, which also causes Marisa (Carlo’s lover) to run away out of jealousy.
However, Daniela has a very specific plan to make sure she inherits her 'legal father’s” riches. Her plan involves her friend Sergio, who goes to the castle where Carlo is restoring some frescoes and pretends to be a mute student. Daniela plans to kill Carlo, but just as he is about to fall into their trap, Daniela has second thoughts and provokes a fight between Carlo and Sergio which results in both their deaths. Instead of taking advantage of the situation, “Blue Jeans” returns to the streets...