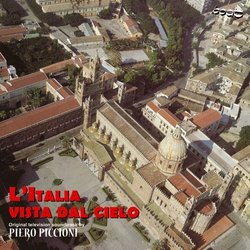 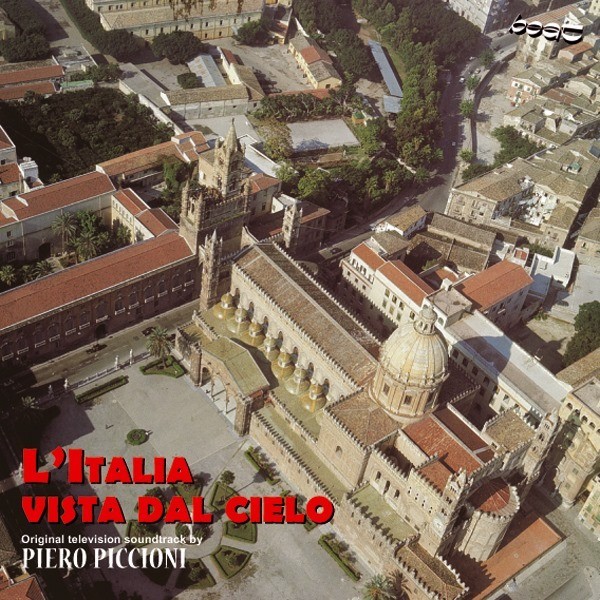 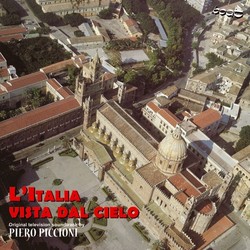 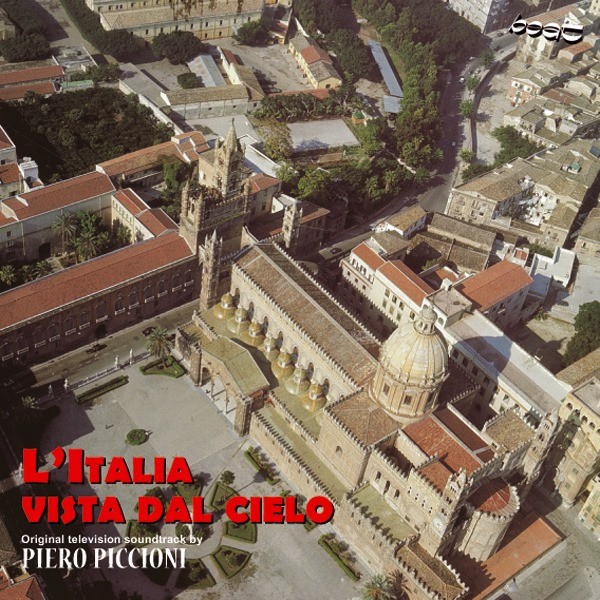 Beat Records presents for the first absolute time on CD the complete edition of the
soundtrack by Piero Piccioni for LItalia vista dal cielo, a series of fourteen documentaries
directed by Folco Quilici from 1966 to 1978, all commissioned, sponsored
and produced by Italian Esso with the aim of portraying the scenic, artistic and architectural
beauties of each region of Italy with aerial shots taken by helicopter. The
most prestigious theaters were chosen in the capitals of the interested regions, such
as the Teatro La Fenice in Venice, the Teatro Massimo in Palermo, the Teatro Argentina
in Rome, the Teatro Nuovo in Milan, the Teatro San Carlo in Naples, the Petruzzelli
Theater in Bari and the Municipal Theater in Bologna, screened in the presence
of political, civil, cultural and religious representatives. The films were also shown in
schools and universities and in the main cities of each region, eventually also disseminated
abroad with English, French, German and Spanish versions. Numerous
screenings were organized together with the Italian embassies and institutes of culture
through an agreement with the Ministry of Foreign Affairs. The films were put on
display at fairs, Italian festivals and other events. We release for the first absolute time
on CD the beautiful scores by Piero Piccioni for the LItalia vista dal cielo episodes
Emilia, Marche and Sicilia in their entirety, assembled from the stereo master
tapes of the original recording sessions. Previously, only one mono track called Primavera
(here Tr.1) was issued on a C.A.M. library LP (CML 0013). For the regions
Emilia and Marche, Piccioni composed a score that is a true hymn to the joy of
living. The Main Titles theme (Primavera) provides the background for the aerial
shots of colorful balloons flying in the background of a blue sky with green landscapes
below, a perfect marriage of music and image. The pleasing motif is performed by a
symphonic orchestra with beat arrangements. Piero Piccioni reprises this main theme
with many wonderful versions, including Latin American, Beat, sacred, cheerful, sad,
slow, fast, etc., each allowing the listener to realize the greatness of this musician. For
the Sicily region, Piero Piccioni wrote pastoral passages of rare beauty with sparse
instrumentation including organ, guitar, flute and oboe. This CD represents another
wonderful addition to the ever-growing discography of Maestro Piccioni, whom we
all love immensely.
Available packaged in a jewel case with a 12-page booklet designed by Alessio Iannuzzi
with mastering and liner notes by Claudio Fuiano.