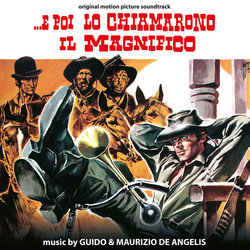 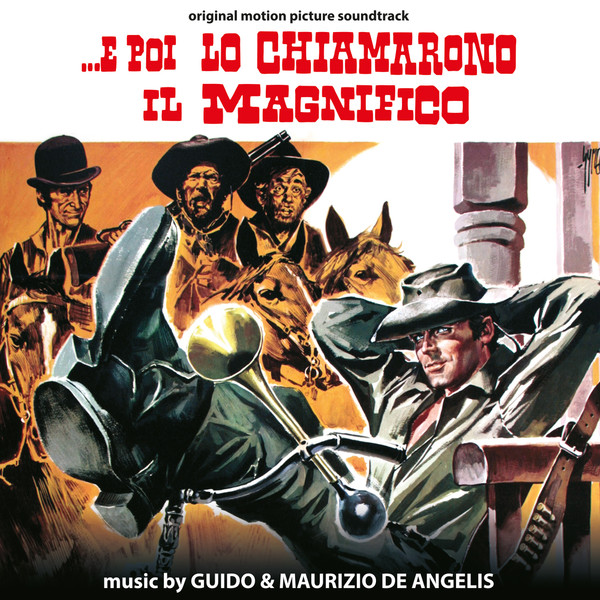 After Trinity is still my name Guido & Maurizio De Angelis were recruited again to write a new original score that was issued in those days on an LP (Smash SM 901) with 18 tracks and a duration of about 41:00 minutes and also on a 45 rpm single (Smash SM 6001) with two tracks. In 2002, this very beautiful OST was re-issued for the first time on a CD (Hexacord GDM 2034), which did contain the same album material taken directly from the LP stereo master. We have searched for the original recording session master tapes which were recently rescued in very good condition and in full stereo: this gave us the chance to add 8 unreleased tracks (about 15 minutes). A note for collectors and audiophiles: For this ultimate edition we did not use the album master assembled in 1972 (used for the previous CD), but we were able to digitally recreate the original album mock-ups sequence/editing with all the takes taken directly from the stereo session tapes. And this new version has a really improved sound quality. The main theme is called Dont lose control, a romantic-epic theme with country-pop flavour performed by Gene Roman and reprised as an instrumental version played by a large orchestra. The De Angelis brothers have succeded in recreating the whole Western atmosphere by alternating classic Western-flavoured themes with soft ones like the romantic love theme Tema di Candida or Jesus come to my heart, a Gospel with sacred flavour vocalized by the Nora Orlandi choir.