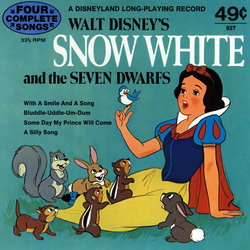 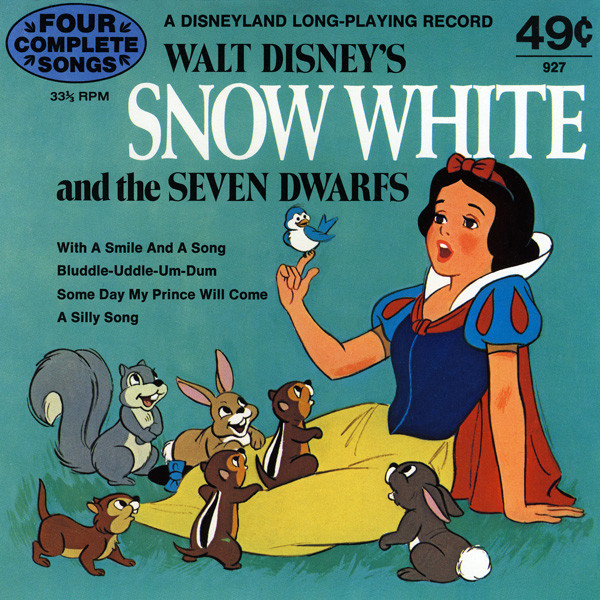 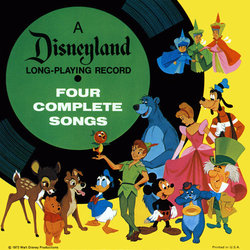 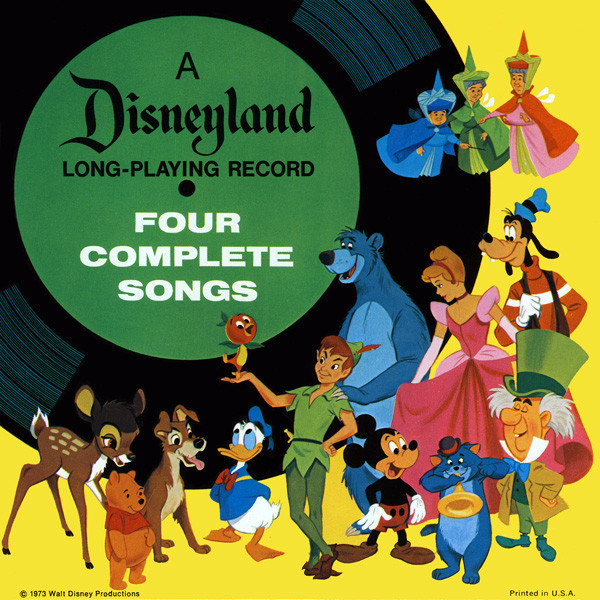 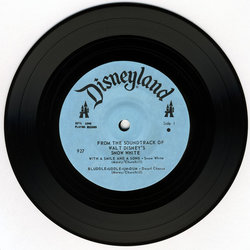 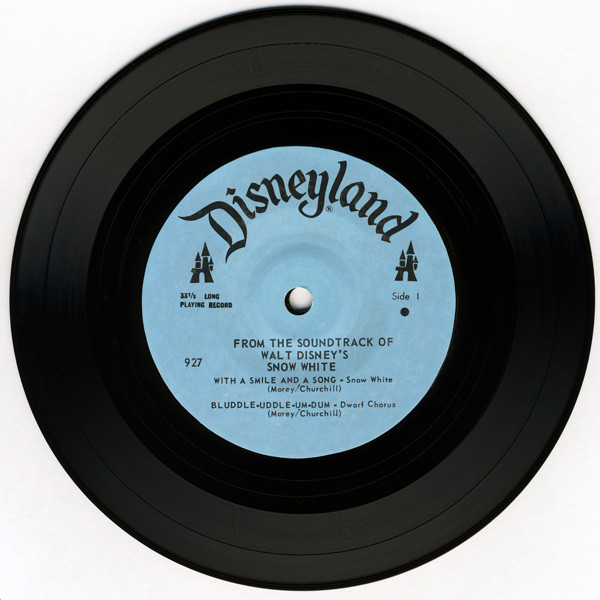 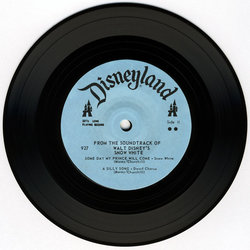 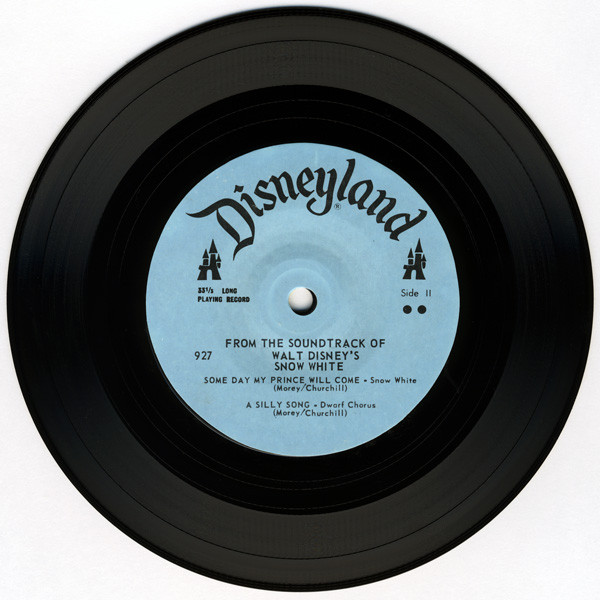 Early issues of this record will contain the prefix FS in the catalog number. FS stands for Four Songs. All songs on this record are from the original artists as heard in the film.

'Snow White and the Seven Dwarfs' is Disney's 1st animated feature and premiered in theaters during December of 1937. The running time is approximately 83 minutes.

A beautiful girl, Snow White, takes refuge in the forest in the house of Seven Dwarfs to hide from her stepmother, the wicked Queen. The Queen is jealous because she wants to be known as the fairest in the land, and Snow White’s beauty surpasses her own. The Dwarfs grow to love their unexpected visitor, who cleans their house and cooks their meals. But one day when they are at their diamond mine, the Queen arrives at the cottage, disguised as an old peddler woman, and she persuades Snow White to bite into a poisoned apple. The Dwarfs, warned by the forest animals, rush home to chase the witch away, but they are too late to save Snow White. They place her in a glass coffin in the woods, and mourn for her. The Prince, who has fallen for Snow White, happens by and awakens her from the wicked Queen’s deathlike spell by “love’s first kiss.”


Other releases of Snow White and the Seven Dwarfs (1937):