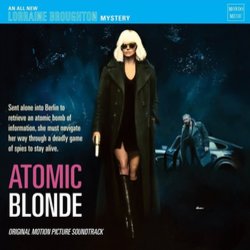 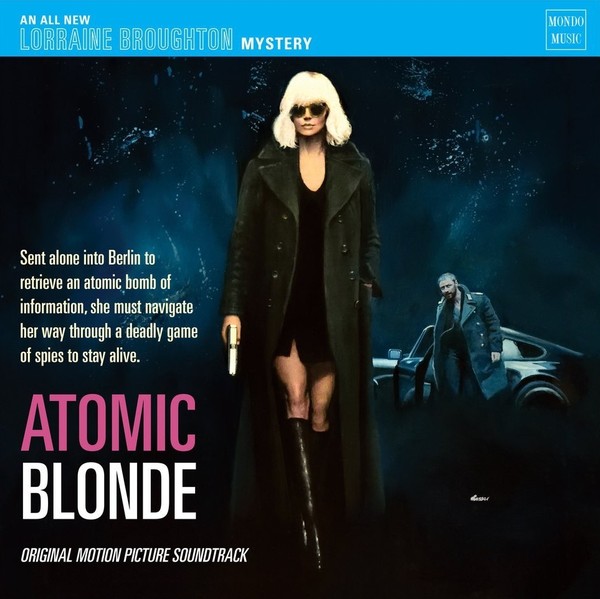 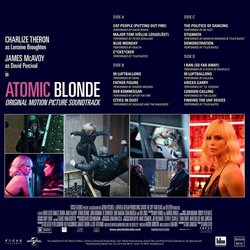 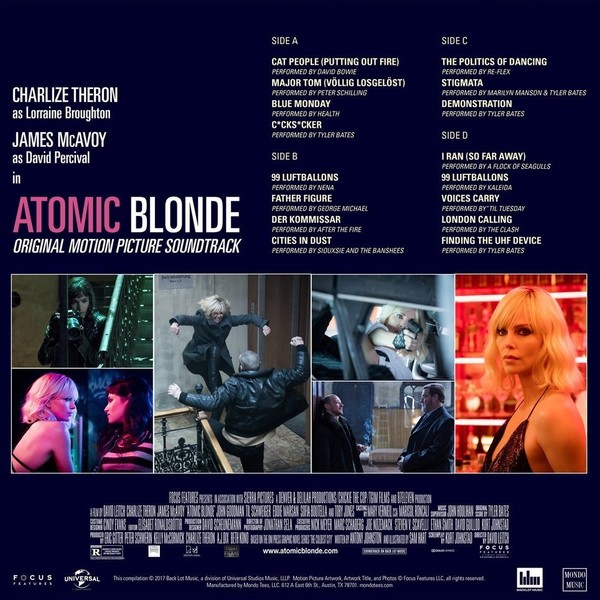 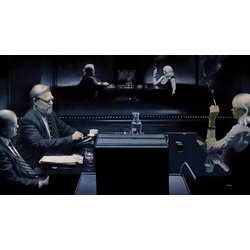 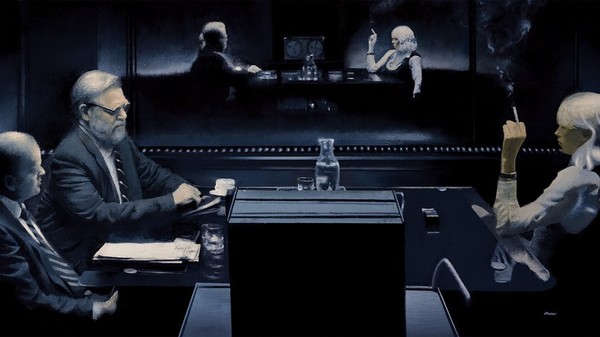 A cool film needs a cool soundtrack, right? And none come cooler than Atomic Blonde. A double LP filled to the brim with needledrops of some of the '80s best known cuts, as well as some under the radar gems, and a smattering of brand new tracks recorded especially for the movie.

David Bowie, George Michael, The Clash, Nena, Siouxsie and the Banshees, and A Flock Of Seagulls of course need no introduction, and they all contribute absolutely killer songs here. Rubbing shoulders with these A-listers are lesser known acts such as Re-Flex, whose track æThe Politics of Dancing' was a minor hit in the UK and is a pure '80s synth-pop banger from start to finish. After The Fire went from playing uninspired prog rock to recording the should-have-been classic æDer Kommissar,Æ full of funky guitar licks and a chorus so hook-laden it should be illegal. æVoices CarryÆ by American new wave band 'Til Tuesday features Aimee Mann on vocals and is an all-timer everyone needs on vinyl.


The record is rounded out by a series of covers of classic '80s tracks. Industrial noise pop band Healt offering a fresh take on New OrderÆs 'Blue Monday' which turns the cold original into a sublime slice of melodic mayhem that breaks down into into electro shoegaze before going full dance floor to finish. Lex recording artists Kaleida supply a moody ethereal version of NenaÆs '99 Luftballons'. And finally composer Tyler Bates teams up with Marilyn Manson for a cover of MinistryÆs æStigmata,Æ which sounds like Manson going back to his Spooky Kids roots, and is urgent as all hell.

Four sides of killer music wrapped in a beautiful package for one of the best action films this year. ItÆs a no brainer, really. Buy this, or be prepared to meet Charlize in stairwell and explain why you arenÆt adding it to you collectionà...