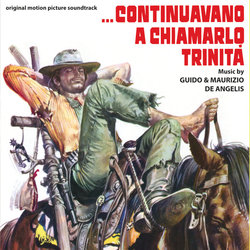 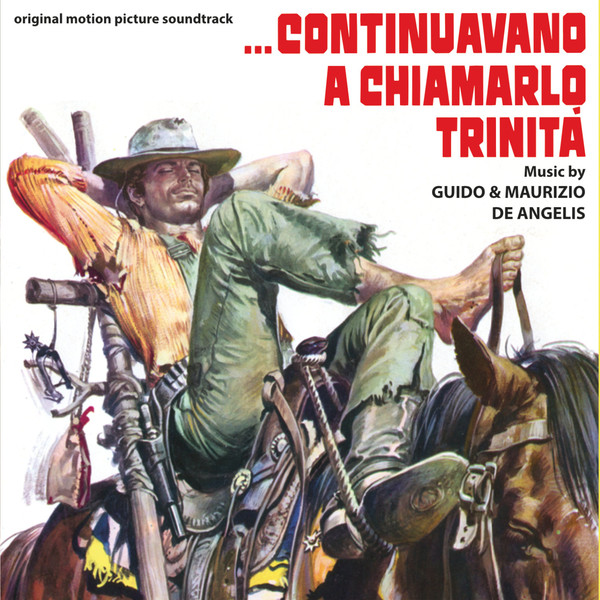 Trinity (Terence Hill) and Child (Bud Spencer), brothers and outlaw vagabonds with a tender heart, are mistaken for federal agents by Parker (Emilio Delle Piane), a violent arms dealer. Taking advantage of the misunderstanding, the two let him willingly 'buy' them with the dollars of the shady character, and then try an even bigger shot. They decide to get as much profit as possible from this misunderstanding, and they break in the convent that Parker, after threatening the friars, transformed into warehouse and exchange point of weapons. Continuing to impersonate federal agents they convince the religious men to hand over their fifty thousand U.S. dollars that Mexican rebels have just shelled out in exchange for a shipment of weapons; but Parker suddenly comes in with dozens of his men. Waged against the band of the squire a furious but bloodless struggle - which also involves the brothers Trinity and Child who manage to get the better but ...

For this CD we found and used the stereo master tapes of the original session that allowed us to publish every recorded note of this beautiful OST (52:26). This soundtrack was the first by Guido and Maurizio De Angelis for a film with Terence Hill and Bud Spencer, with the editing created for the CD presents nearly faithfully the film sequence (Tr. 1-18), in the second part (Tr. 19-25) the not synchronized versions were included in the movie versions. The De Angelis brothers composed a main theme 'Trinity stand tall' (Tr. 2), which anticipates the style that will always be used in the next film with the Dynamic Duo, revisited with variations in Tr. 3, 5, 6, 10, 12, 18 and 20, with guitars and wind instruments with fresh Western taste, forming a melodic theme to emphasize the infatuation of Trinity for the beautiful daughter of the poor immigrant (Remember) that we find in Tr. 13, 16, 19 (version published in 45RPM RCA 74-16157) and Tr. 25 in the most complete version ever published. Another recurring theme in the western musicality but with a touch of beat, is present in the Tr. 7, 8, 9 and 23 that highlight the funniest moments of the film. In describing instead the convent and therefore the sacredness of the place, the De Angelis composed a theme for organ and choir in Tr. 15, 17 and 24 and various tracks to remind the listener of a 'purely western setting represented by harmonicas, guitars on the tracks 1 (intro of the film), 4, 11, 14 and 21 and the inevitable saloon piano Tr. 22.