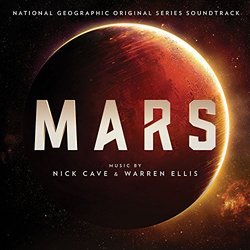 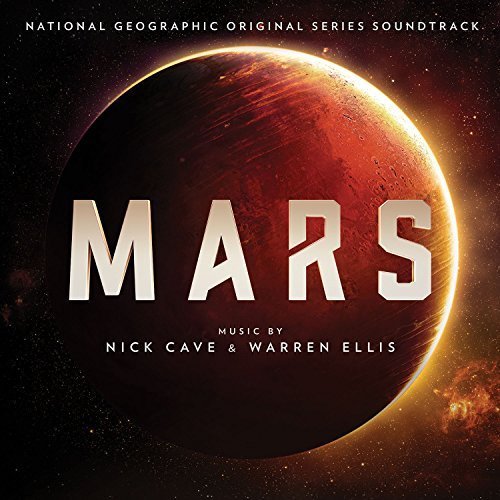 National Geographic Channel and Milan Music partner with artists/composers Nick Cave and Warren Ellis to deliver a cosmic title song and score for the original soundtrack of MARS, the network’s six-part global event series that predicts an international crew of astronauts’ critical, maiden mission to the Red Planet. Directed by Everardo Gout (Days of Grace), who formerly collaborated with Cave and Ellis; executive produced by Brian Grazer and Ron Howard; and starring an ensemble cast, MARS tells the story of mankind’s first successful mission to Mars, human colonization and the precarious purpose of becoming an interplanetary species.

Nick Cave and Warren Ellis deliver a pitch-perfect score to complement the thrilling yet daunting mission to a desolate alien planet in which the human species struggle to survive, thrive and forge an existence in this new world.
“When I first started on MARS, I knew I wanted to make a series about people, not about machinery,” says Gout. “I wanted to create Das Boot in space and understand the emotional journey of the astronauts on this Martian mission. Having worked with Nick and Warren before, I immediately thought they would be perfect for this project. They bring such a visceral human quality to their scores, a sound so delicate and yet so powerful.”
“What does Mars sounds like?” posits Gout. “This was a challenge both in substance and form. We needed to create the musical universe with Mars as a veritable protagonist in our story. Equally, the sound of MARS not only had to underscore a futuristic grounded drama but an intelligent factual, scientific documentary, as well.”