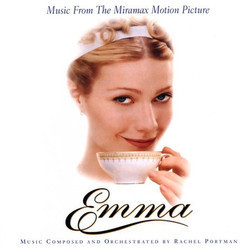 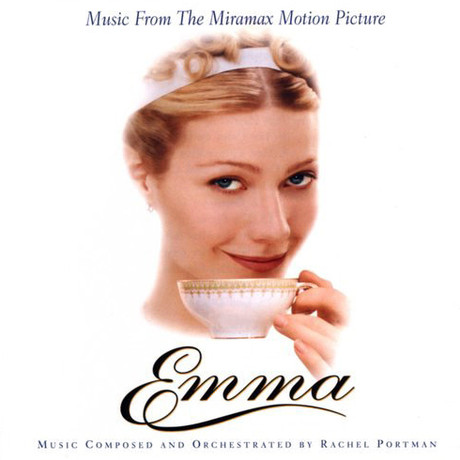 Show reviews in other languages
Emma - 07/10 - Review of Tom Daish, submitted at 2010-10-08 22:58:07
Jane Austen seems to do quite well for adaptations to both film and television, most famously in the UK with the BBC production of Pride and Prejudice. On the big screen, recent productions of Sense and Sensibility and this version of Emma have kept corset and bonnet makers in business. Rachel Portman seems the ideal choice for this kind of relatively light weight historical drama about social etiquette and relationships, indeed so much so that she received an Oscar for her efforts, even though on disc, the score is relatively slight.

Portman's score is dominated by two themes, the first is a gentle clarinet melody first introduced in the Main Titles, while the other is a slightly more weighty, but more sprightly tune. They counterpoint each other admirably to balance the whimsy with the drama. All the Portman trademarks are out in full, chugging strings, with clarinet and oboe dominating the melody line, with the occasional harpsichord for period feel and almost no brass. There are a couple of perky moments, notably The Dance, although this is apparently based on a traditional folk tune. However, the change in pace is welcome and they are arranged to fit in well with the rest of the score.

The romantic aspect comes to the fore in the final couple of cues with an impassioned climax, although thankfully falling short of going over the top. Despite its award winning status, Portman's effort is a notch behind Patrick Doyle's for Sense and Sensibility or Carl Davis' faux classical effort for Price and Prejudice. There just isn't the variety or invention here and while the melodic material is effective, it is perhaps a little overused by the time the End Titles come round.
Emma - 08/10 - Review of Andreas Lindahl, submitted at 2008-01-20 21:25:40
This was my first acquaintance with Rachel Portman's music and I have to say that I'm impressed. Portman's score creates a very warm and at the same time funny and "clever" mood. The music is very English in it's style (after all Portman is Brittish), with a lot of light strings and bouncy woodwinds and beautiful themes, and it's also very varied. There's romantic and sweet music in "The Picnic" for example, grand music in "The Dance" and sneeking-around-doing-secret-stuff music in "Sewing & Archery". I haven't seen the film, so I don't know if someone actually is sneeking around the house, but it sure sounds like it...

By the way, Portman won an Academy Award for this score, being the first woman ever getting an Oscar for best music.
Oscars: Best Original Score (Winner)