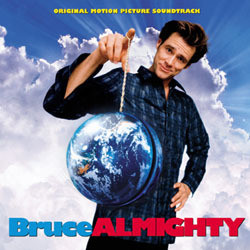 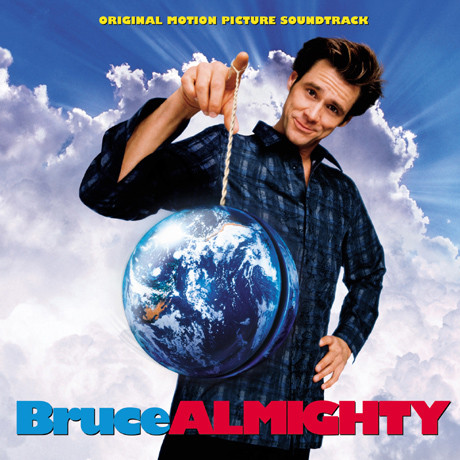 Bruce Almighty - 06/10 - Review of Andreas Lindahl, submitted at 2008-01-20 21:25:40
In Bruce Almighty Jim Carrey plays Bruce Nolan, a guy who gets to be God for 24 hours. I haven't seen the film but I suppose all starts really good, but after some time Bruce gets into some kind of trouble. But all ends well, of course He learns that it's not easy being God, or something silly like that. And he probably gets the girl, too. Or something like that. Yada, yada, yada.

The soundtrack, released by Varése Sarabande, includes seven songs, and about fifteen minutes of John Debney's score. Which is a typical John Debney comedy/romance score. Rather cozy and nice, with a lot of woodwinds, strings and piano. And some sweet writing for choir. Nothing groundbreaking. But quite entertaining and lovely. Debney is one of the most typecasted composers out there. Despite lots of talent he usually gets to do stupid comedies or children films (Cats & Dogs, Spy Kids, The Tuxedo). It's of course possible that he wants to do them, but it's obvious that he's somewhat stuck in a rut. Bruce Almighty is basically Liar Liar without the saccharine and the upbeat cues. Nice, but bland.

The same goes for the songs. Apart from Joan Osborne's "One of Us", which is a classic, and a darn good song. "God-Shaped Hole" by Plumb is catchy, but not memorable. "The Power", by Snap!, is a horrible reminder of the early 90's. Yuck. "A Little Less Conversation" is a remixed version of the Elvis song and is quite entertaining and fun, as is Fatboy Slim's "The Rockafeller Skank", which features samples taken from the John Barry Seven.

So, all in all an OK album, but score fans will probably be disappointed, since only fifteen minutes of Debney's score are included.
Trailer:

Other releases of Bruce Almighty (2003):