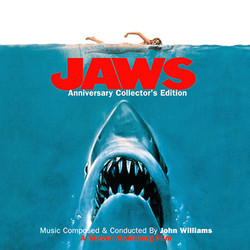 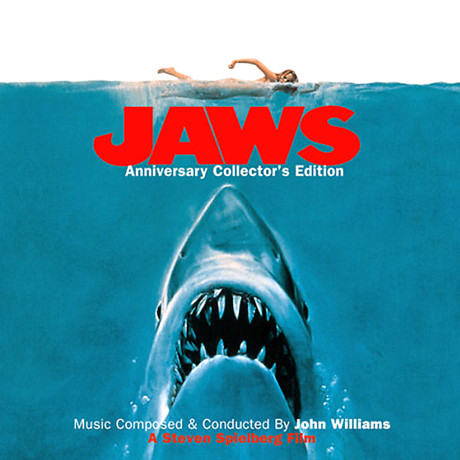 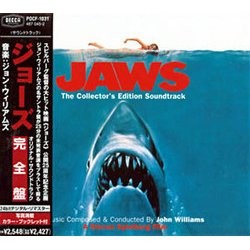 Show reviews in other languages
Jaws - 10/10 - Review of Tom Daish, submitted at 2010-10-02 12:58:37
While John Williams had written some noteworthy scores previously and had even scored Spielberg's first theatrically released feature, Jaws is what put both composer and director on the map. When viewing Jaws today, the technical limitations are occasionally obvious, but one thing that is even more obvious: Jaws had a solid plot and real characters. Brody the everyman who does his best under the most trying of circumstances, Hooper the expert who is soon out of his depth and Quint the temptestuous fishing captain whose arrogance puts them in more danger than they already were. Of course the shark is the real star of the film, but in an age of computer generated effects, it's almost refreshing to have actors who are considerably more accomplished then the effects. However, the dodgy mechanics didn't stop Spielberg creating a classic, mainly through keeping the shark seen only in glimpses for the first half of the film. Of course John Williams understood this approach and realised that his music would often have to represent the shark on its own.

I never knew this before, but according to the liner notes, Spielberg thought Williams was joking when he played the two note main theme. I suppose it never occured to me that anyone wouldn't immediately think it was a striking, simple but perfectly realised idea. The two note theme is introduced in the Main Title which immediately segues into First Victim, which is the original version of Chrissie's Death as named on the original album. This one is even more ferocious and hellish, as well as being quite different. Most of the earlier cues are short bursts of the main theme, interspersed with some hair-raising orchestral effects. The occasional change of pace as in the eerie Ben Gardner's Boat, the chirpy Montage (Tourists on the Menu for those trying to relate to the original album) and the quite lovely Father and Son. Out to Sea marks the moment when the adventurous and riveting offshore finale begins.

A highlight of the score has always been Man Against Beast (Sea Attack Number One). The appearance of the shark is marked with a terse orchestral flourish and the cue follows a dynamite action sequence and one of the most perfectly scored sequences I can think of, especially when an unexpected and thrilling fanfare appears toward the end as the crew seem to be winning. This is followed by the more dispondent material as the shark and barrels attached to it disappear below the waves. Quint's Tale is another eerie cue that is one of the finest realised underscores to a dialogue sequence. While Williams presents the menace of the shark in the latter cues, the tone actually becomes more action orientated, although these are invariably based around the shark motif. While never less than thrilling, Williams avoids overplaying his hand with dense orchestration, but uses instruments to present moments of extreme violence and tension up until Brody finally gets one over on the shark in Blown to Bits. I've always felt it must be hard to provide an end credit to a film such as this. You don't really want to reprise action material and so the best way to go is something quiet, which is of course exactly what Williams provides and lets us calm down after the thrills we've just experienced in both the film and musically.

Eight of the tracks are indicated as not containing any extra or different material to the original album. However, there seem to be differences in every track and none seem quite as you remember. Montage doesn't conclude properly, Man Against Beast has minor tempo and orchestration differences, Out to Sea has a few noticeable differences and the Shark Cage Fugue is somewhat altered. The album has far superior sound to the original, which while didn't have overt amounts of hiss nor any specific defects, did sound curiously thin. The orchestra here sounds a lot edgier and intense, which for a score such as this can only be a good thing. I'd always felt that Jaws 2 had excellent sound and Jaws really missed out, but now this has been rectified and both sound magnificent. This expanded release does for this score what the expanded ET did for that score. ET was very different as an album and the re-release was the same but different; music you recall from the first album, but things didn't always play as you recall, plus of course the extra music. It takes a little bit of getting used to, since few cues are exactly the same as the first album, but once you do it is well worth it. Jaws was Williams' first original score Oscar and few are better deserved than this and on disc the experience is no less exciting and this is a seminal score that everyone should unfailingly posess.
Jaws - 10/10 - Review of Andreas Lindahl, submitted at 2008-01-20 21:25:40
Many film music themes have become well known signatures that practically everyone will recognize. Star Wars, for example. Or The Godfather. Both are classics. And then there are the Classics, with capital C. Themes which have become a part of our cultural heritage. Play just a couple of notes of these themes, or just hint at them, and people will immediately understand the reference. They have taken on a life of their own, away from the films they were written for. They are more standalone pieces than filmmusic. The shower murder music from Herrmann's Psycho is one of them. As is Morricone's familiar theme from The Good, the Bad and the Ugly. And John Williams' two note motif from Jaws. Play those two notes for anyone and they will associate it with water and approaching danger.

John Williams' score for Steven Spielberg's classic Jaws is one of the best examples of film music at its best. If you ever need to explain to anyone the power of film music and why scores are so important, just mention Jaws and they will understand. It's pretty ironic then that Spielberg at first wasn't exactly thrilled when Williams introduced him to the music he wanted to use to represent the films' most important, and largest, character. But Williams managed to convince him, and the rest is film history. Sometimes the most simple solution is the best. And to this day, Spielberg is convinced that the film ows at least half of its success to its music. The two note motif (which actually is a three note motif) is as primitive and raw as the shark itself and is used to symbolise the sharks pulse, or state of mind or mood. When the shark gets excited, so does the music, getting faster and faster and louder and louder. And since it's so closely associated with the huge shark its also never heard during the false alarm scenes in the film. Such as in the scene with the young kid swimming around with a cardboard fin. The scene completely lacks music and since the audience has learned to associate the shark with its motif, they know, deep down, that something is wrong. Pure brilliance.

But Jaws is so much more than two repeated notes performed by low strings. It's a full blown adventure score. The music is unusually optimistic, upbeat and playful for a film about a man eating shark. There's practically no typical, dissonant horror music in this score at all, which also is a wise choice as it gives the entire film an aura of adventure and excitement. One of the most upbeat pieces is "Montage", heard in the film as the tourists arrive. It's a short classical sounding cue, which features some great writing for trumpet solo, harpsichord and strings in counterpoint.

When it comes to more suspensful music and downright action and adventure, the impressive "Shark Cage Fugue" stands out. As does "The Great Chark Chase" and the five minutes long "Man Against Beast", where renditions of the familiar motif appears and disappears, interwoven with the theme associated with the actual shark hunting. This is complex music that never gets boring or dull, mostly thanks to its playful nature.

The original Jaws soundtrack included about half an hour of music re-recorded specifically for the album. Many cues were re-arranged, many were missing and the sound could be better. This 25th Anniversary release uses the original master tapes, which have been remastered. And although the sound could be better it sounds darn good, considering the recording is 25 years old.
Golden Globes: Best Original Score (Winner)