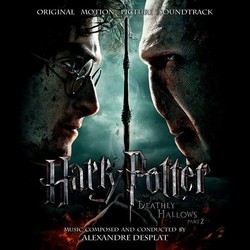 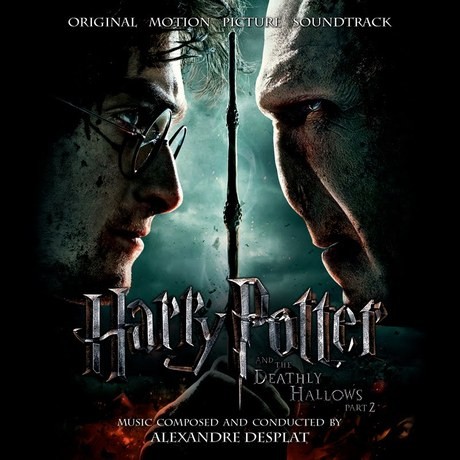 Show reviews in other languages
Harry Potter and the Deathly Hallows: Part 2 - 08/10 - Review of John Mansell, submitted at 2012-04-09 22:06:02
Alexandre Desplat has once again created a wonderfully lyrical and dramatic score for the last in the series of the Harry Potter movies. HARRY POTTER and THE DEATHLY HALLOWS PART 2, has been eagerly awaited by Potter fans and also the music has been equally anticipated and awaited by film music aficionados all over the world. Desplat has achieved something of a coup with his scores to the last two movies in the Potter series, the composer has not only managed to retain the wistfulness, playfulness and also the darkness that was originally created by John Williams all those years ago, but he has also interwoven his own unique style and musical stamp into the scores creating pulsating and surging themes which accompany and carry the action along and enhance and elevate all of the movies components to higher level. HARRY POTTER and THE DEATHLY HALLOWS PART 2, is in my opinion one of, if not the best Potter score written, the composers use of frantic brass and booming percussion is breathtaking, these elements combine with the driving strings and wistful sounding woods to create something that is not only riveting but also a sound that is special. LILLYS THEME is the opening track on the compact disc, a low key female voice is utilised in a near Gaelic fashion creating an atmosphere that is emotive and solitary. The composer embellishes the voice with low strings that perfectly support the plaintive vocal and create further a feeling of loneliness and sadness. Track two is a rather more energetic affair, the composer employing those Williams sounding strings as the foundation to the composition and adding brass flourishes and trills and stabs courtesy of the woods, THE TUNNEL is an urgent if not short lived sounding piece and one which grabs the attention of the listener from beginning to end. There are a number of musical sounds and passages within this score that can be likened to other composers styles who have worked in film, for example in track three UNDERWORLD, there is a definite resemblance to the driving and strident style of composer Woljech Kilar, this particular track did somewhat evoke memories of that composers excellent work on DRACULA, strings dominate as percussion supports and brass rasps in and out of the proceedings creating an urgency and also a sense of impending doom.
Track four GRINGOTTS is low key and has about it a rather spidery sound, as in a cue that contains no theme as such but is purely tension and highly atmospheric. Track 5 is my own personal favourite from the score, Desplat launches us into a good old piece of film scoring with this cue DRAGON FLIGHT, the music actually creates the feeling of flying its lush and windswept in its style and a grand exhilarating composition. The actual theme that we all associate with Harry Potter does not appear in the compact discs running order till track number seven, A NEW HEADMASTER, but this is a fleeting and rather sparse version of the theme performed on horn and enhanced by chimes and underlying strings, which pass the theme to the woodwind, nevertheless one immediately tunes into the John Williams original composition as it is as familiar amongst film music collectors as Star Wars, Jaws or any other theme that the multi talented Mr Williams has created for the cinema. Desplat interweaves and integrates the original and familiar notes of the Williams composition with his own original music and creates a poignant, emotive and haunting piece of film scoring.
This in my opinion is one of, if not indeed the best score from a Harry Potter movie, wonderfully written meticulously orchestrated and performed with gusto and passion. The composer employs a style that is reminiscent of Delerue that is tinged and infused with snippets of Williams and also has an air about it that harkens back to the days when film scores were large, bold and romantic..
Harry Potter and the Deathly Hallows: Part 2 - 08/10 - Review of Jason FLZ, submitted at 2011-07-06 01:23:10
It's finally over! The series Harry Potter started in 2001, and is finally ending in 2011. As far as music for the series went, it was fairly complex. The first three films were scored by John Williams who gave the series all of the memorable themes it still (barely) uses today. For the fourth outing came Patrick Doyle who managed a very good effort, on the same page as Williams despite barely using the famous Hedwig's theme. Nicholas Hooper's two following scores were ok, to be fair, but were not as creative or memorable as the previous scores. Finally, along came Alexandre Desplat who provided a noble effort for Deathly Hallows Part 1 and is stepping up to end the series off with Part 2. Is it as good as score for part 1? Let's find out.

First off, let me mention the use of Hedwig's theme. The film hasn't been released yet so I can't properly compare the result, but the theme does get a small amount of leverage during the score. Moreso, probably, then on the previous album. When it is used, it is fully stated. Unfortunately, fans of William's work will be disappointed by the lack of it still. Fortunately, Alexandre Desplat is not afraid at using good themes in his scores to define places and characters. The opening of the album introduces a new theme for Lily Potter, Harry's mom. The theme is softly presented by a choir, rendering it creepy. Gringott's itself gets a dark motif as well. For Neville, a small returning motif from the previous score is used. Some other melodies also are reprised from the previous score, including the Obliviation theme.

Despite leaving Hedwig's Theme primarily out of the mix, alot of Desplat's style here reflects John William's work. Loud, brassy moments and quiet moments sound surprisingly alot like Williams. That being said, the music here may very well be the darkest in the series. Cues like 'A New Headmaster' and 'Snape's Demise' are incredibly threatening, and seem more in the style of noise than anything else. The music is really intense, to say the least. The second half of the score really picks up as well, becoming gradually more complex by interweaving themes. One of the biggest highlights about Deathly Hallows Part 2 is the orchestral theme that appears in 'Statues' and 'Courtyard Apocalypse'. It is heroic and somewhat sad at the same time. Worth mentioning as well is the final cue on the album; 'A New Beginning'. While it doesn't use the Leaving Hogwarts melody as everyone expects, it does flow in the style of John Williams and is heartfelt.

So, what do I say about Deathly Hallows Part 2? As far as the score goes, it's a fine album on the part of Alexandre Desplat. Much like the previous effort, this one tries to stay as original as possible while staying within the tone of the film. The newer themes and motifs are a nice touch but, outside of the melody in 'Courtyard Apocalypse', there aren't truly memorable or exciting. Those who loved Desplat's work on the previous score will love this effort even more. Others may appreciate the amount of incorporation Hedwig's Theme gets throughout the soundtrack. All in all, it's a highly developed score that is perfect when coupled with the first Deathly Hallows, but in context doesn't go beyond the boundaries.
Harry Potter and the Deathly Hallows: Part 2 - 09/10 - Review of Chris R., submitted at 2011-10-27 21:23:44
It seemed inevitable that all good things must come to an end and so the Harry Potter concludes not only on a high note both visually and story wise but musically it is one the most compelling.
Where as the problem with the first part was lack of a narrative flow this one seemed to rectify. We are given Lily's Theme which has to be in my opinion the second greatest theme introduced in the series, you know outside Hedwig's theme. according to Desplat it was a theme of death given the tone of a mothers lullaby letting you know everything was all right, but the B phrase of the theme gives the tone of sorrow.

The battle themes are what draw you in, Statues, Battlefield, Courtyard Apocalypse, and slightly in a new beginning. These are a testament that Desplat can go epic when he wants to. Personally Broomsticks and Fire is my favorite cue out of the whole score when I think of the pulsing strings along side the percussion and male choir.

The only real problems I had with the score is with John Williams material not that it was bad but when harry is reintroduced to the castle the detention cue from chamber of secrets plays, surely a better cue would have done the job. Its just that with Desplat's Dark material, John Williams lighter stuff just doesn't sound right by comparison. Though to their credit ending the film on Leaving Hogwarts was genius and I wish they would have released it on album.

But with the flaws I still enjoyed both parts of The Deathly Hallows and getting Desplat to score was a wise decision, He added a gravity and darkness to the series that had long been missing. And with heavy heart I bid a fond farewell to a series that was both visually and musically rich and beautiful.
Trailer: