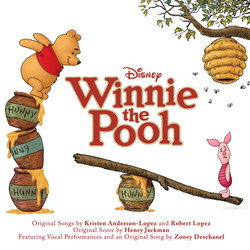 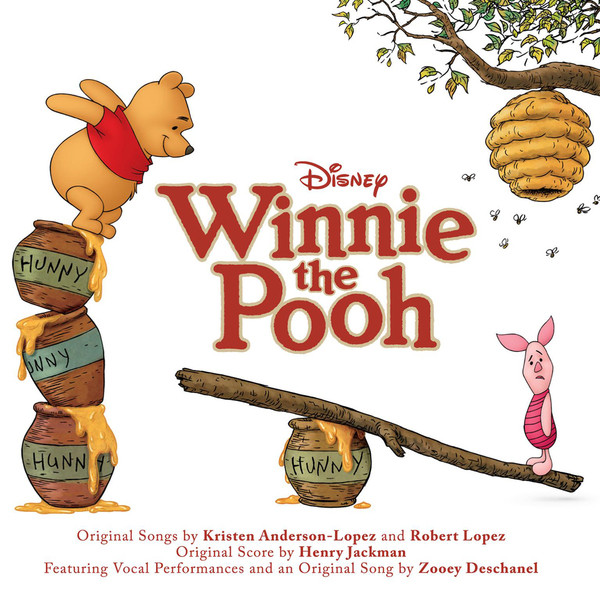 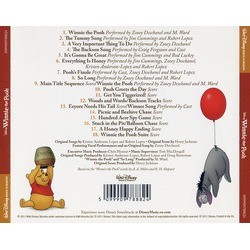 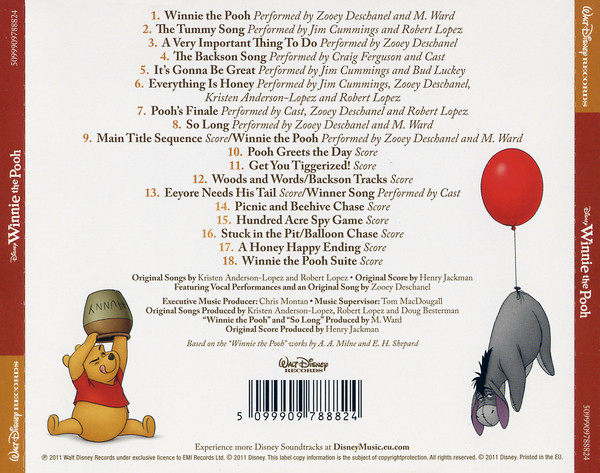 Winnie the Pooh - 09/10 - Review of Steve Ewing, submitted at 2011-05-26 20:48:42
Starting with the very first track, those of you who have grown up with the Winnie the Pooh stories will be right at home. This soundtrack is artfully done, with rich, warm singing from actress Zooey Deschanel, and vocals by the characters’ actors that sound no different from years and years ago. Most reassuring is how reminiscent this soundtrack is of Winnie the Pooh’s past. Disney didn’t venture into new and uncharted territory with this soundtrack, so kudos to them for that. (The track, “So Long,” seems to be the sole exception, though I would bet it’s made for the end credits; one song out of 18 is hardly a considerable detriment to the whole soundtrack.)

In fact, the entire film is a return to the original intentions of Winnie the Pooh’s creator. Unlike the most recent Pooh-related films, which have been spinoffs that revolved around Tigger and Piglet, this movie returns to the original short stories written nearly 100 years ago. The film incorporates two such short stories, and the music reflects this beautifully. In the track, “Everything is Honey,” for example, and in the reprisal of the melody in “Pooh’s Finale,” the vocals are harmonized and balanced in such a way that you might think you were listening to a recording from the original 1966 Disney featurette.

As noted, Ms. Deschanel opens the soundtrack with the famous Winnie the Pooh theme song, wonderfully sung, and returns elsewhere in the soundtrack for other great tunes. If there’s any downfall to Ms. Deschanel’s singing, it’s that the discerning listener can detect the use of autotuning, but to the editors’ credit, they do a good job of avoiding going overboard with the autotuning.

The lyrics in the songs are funny and intelligent, too. In the track, The Backson Song, for instance, Owl (voiced by comedian Craig Ferguson) builds up to what would seem to be a very obvious opportunity to rhyme using the word “true,” and instead says “it’s not made up,” keeping the listener on his toes. (It’s far more amusing listening to it than trying to convey it in words here, trust me!)

The instrumentals are equally impressive: rich and well performed by what sounds like a full orchestra; dynamic and fun. Tracks like, “Woods and Words/Backson Tracks” and “Picnic and Beehive Chase,” perfectly convey the light mood and hilarity of the film and its characters, while tracks like, “Hundred Acre Spy Game,” serve well to convey whatever suspense there is in the film. The instrumental music is rarely anything more than light accompaniment to what’s happening on the screen, and composer Henry Jackman somehow makes it work well.

The soundtrack seems to be divided with the vocal tracks in the first half and the instrumental tracks in the second half, for whatever reason, rather than organizing them to follow the storyline of the film. Perhaps this could be ideal for a child, who’d benefit from having all the vocal tracks lined up one after the other. The music, however, is great for anyone of any age who has ever known and loved the Winnie the Pooh franchise. Jackman and the actors and vocalists involved have outdone themselves. I’ll take the brave step of predicting that this soundtrack will quickly become as quintessential to the long and storied Winnie the Pooh franchise as any other.