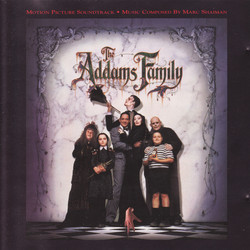 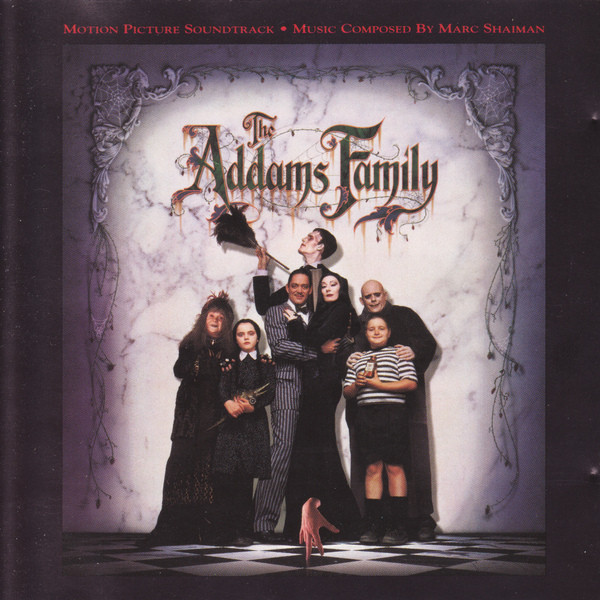 Show reviews in other languages
The Addams Family - 08/10 - Review of Tom Daish, submitted at 2010-10-09 11:33:58 en
In the liner notes, Marc Shaiman comments that if he was asked to score this film, then Danny Elfman must have said no... well, you can see his point. This kind of gothic silliness would have been solid gold Danny Elfman material for that time and so it's quite a surprise to see Marc Shaiman's name attached to this project. Of course, Marc Shaiman is a comedy composer par excellence and so what he produced was perhaps not quite as uniquely quirky as Danny Elfman might have come up with, but is every bit as entertaining. The opening cue is a curious mixture of a small choir, the kind that goes around carol singing at Christmas singing Deck the Halls, but this soon moves onto the big orchesrtal epic version of Vic Mizzy's classic original theme (although without singing), but featuring the harpsichord and clicking fingers. Marc Shaiman, however, didn't rest on his laurels and composed his own theme for the family which rather suitably, I think, sounds like a comedic parody of Nino Rota's classic theme for the Godfather and on several occasions, I've ever been known to confuse the two. Ooops.

From then on, each section of the film is provided with its own musical vignettes. This is not to say that the music is disjointed, but Shaiman clearly relishes the chance to go completely over the top. Seances and Swordfights for example features some taut string writing that befits the kind of play swordfighting that was featured. Playmates by Saxie Dowell is an incredibly silly children's TV theme song, the relevance of which I can't even begin to guess at. Some of the writing is kind of Bernard Herrmann meets Rota meets whatever springs to mind and while is occasionally more sombre than would be expected, most sections are lit up with a strange musical sting to completely change the mood.

A Party.... For Me? features a waltz that ends and then starts over again a few times which is rather peculiar but I recall working marvellously in the film. This is followed by one of the daftest songs I've ever heard, Marmushka sung by leads Raul Julia (as Gomez) and Christopher Lloyd (as Uncle Fester... or is he?) and goes through a variety of styles from Warner Bros, Carl Stalling type sections to music hall, while the main melody is more of a comic Russian Cossak dance. The singing isn't exactly Placido Domingo, but is tuneful and enthusiastic and works just fine in context. Immediately following is a short piece of jazzy exuberance in Thing Gets Work. Things start to get a little more straight laced with the next cue as the faux Uncle Fester is exposed with everything going all out for action and excitement in The Rescue. This is then bookended by a brief reprise of the main themes for the Finale and is a suitably quirky end to a thoroughly enjoyable comedy score.

Even thought it perhaps lacks the more obtuse scoring style of Danny Elfman, Marc Shaiman has composed music that is witty and entertaining, not high art but thoroughly enjoyable. Curiously enough, I was disappointed the first time round, but after a few listens I found it to be exceedingly enjoyable. If you like a fun and fantastical blend of comedy and mock horror as well as the odd bit of plain silliness, highly recommended.