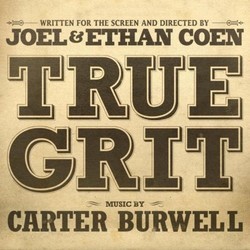 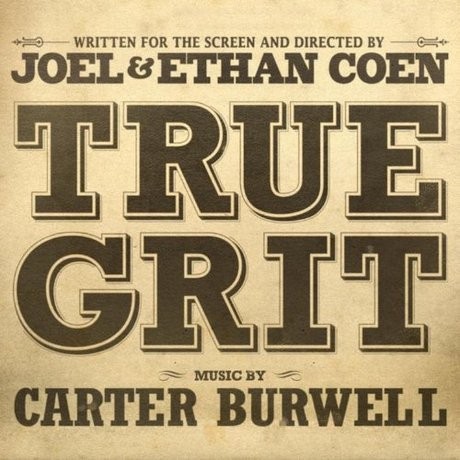 Show reviews in other languages
True Grit - 09/10 - Review of Steve Ewing, submitted at 2011-01-25 07:05:34
Carter Burwell is definitely not one of the most famous composers in the business, yet there is a certain refinement to his composing, especially with True Grit, that is unlike anything else heard today. The odd thing is that that very refinement is, in fact, the music’s inherent simplicity. Rather than attempting to write some epic, Hans Zimmer-like score, which many composers might have been tempted to do if composing for a westerner like True Grit, Burwell instead took a step back and created a truly joyous listening experience out of very little.

Which isn’t to say that his composing is elementary. Anything but. In fact, I would argue that being able to produce such a satisfying and powerful score with so little is more challenging than making a similarly wonderful score with an oversized orchestra and synthesized, booming percussion like Zimmer might.

Indeed, the central melody introduced at the beginning repeats throughout the soundtrack. But often the tracks are short and little more than a couple of phrases of whole notes. Yet what Burwell does with such modest scoring is remarkable. The track “Your Headstrong Ways,” for instance, is just 30 seconds of the main theme, but with a slightly jollier and upbeat string melody that flawlessly embodies the emotions of the film’s indefatigable and always-positive 14 year old main character. Conversely, the track “We Don’t Need Him Do We?”, which is just 49 seconds long, is a small fragment of that same main melody but played far more slowly and with the low brass in the basement pedal-note range (played nicely in balance and not obnoxiously loud like in a Zimmer score), evoking a very clear and compelling sense of foreboding. “I Will Carry You,” one of the last tracks, does an excellent job of conveying the urgency of the accompanying scene in the movie - a scene in which time is of the essence and all hope seems lost. But rather than going the easy route and making it a titanic track with machine gun snare to evoke direness of fleeting time, the implied ticking of the clock is conveyed by gentle harp strumming, and the melody is played calmly over the harp by orchestra.

Perhaps the most stirring and grand track is “One Against Four,” with the first 40 seconds of the track featuring what seems to be a handful of trombones managing to play in the range normally reserved for trumpets, with the rest of the low brass underneath. If you’ve seen the film, you’ll know this is only fitting for the occasion. Once again, it is not the scale and breadth of instrumentation or the gusto that make the music compelling. It is Burwell’s excellent embodiment and utilization of instruments’ potential, making the Zimmer “Wall of Sound” unnecessary. Paying homage to Burwell’s roots as a pianist, many of the tracks are either partially or exclusively piano playing the central melody slowly and minimally, with rarely anything more than the single melody line in the right hand and light, spread out chords in the left hand. Once again, it is its simplicity that is beautiful, much like how a small, modest Quaker chapel is beautiful despite its lack of adornment or architectural flourish.

And that’s what this soundtrack is really about. It is not an experiment of how complex music can be or what kind of cutting-edge synthesizers can be worked in. The movie is about simple and uncomplicated people living in a time when clothes, homes, and every other aspect of life were modest and austere. And that’s exactly what this soundtrack is, and it works wonderfully.
World Soundtrack Awards: Best Original Soundtrack of the Year (Nominee)