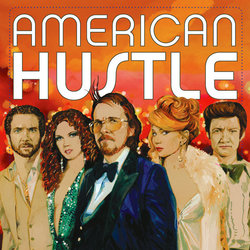 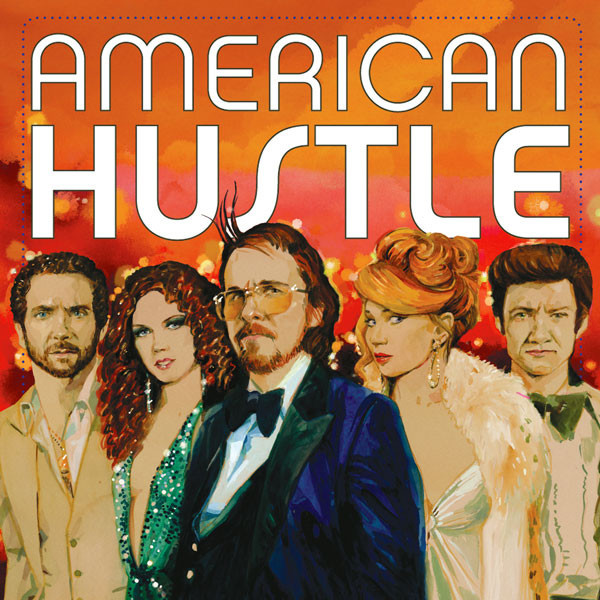 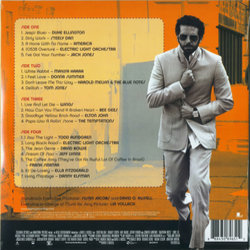 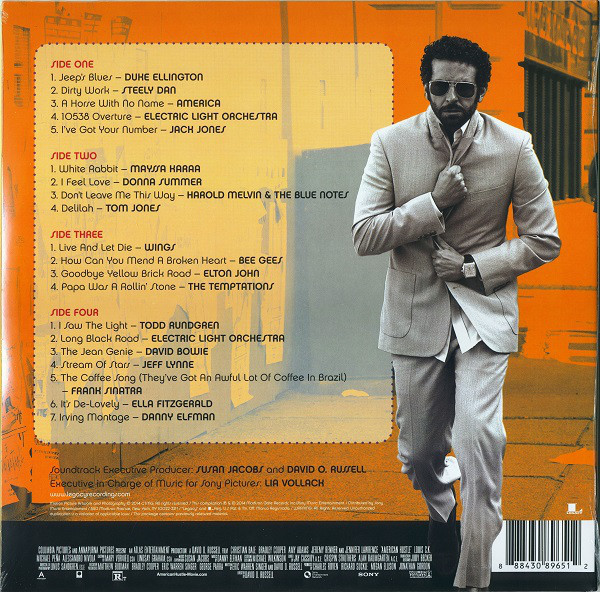 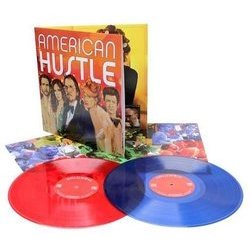 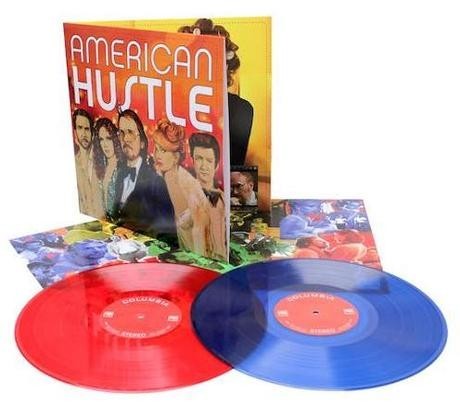 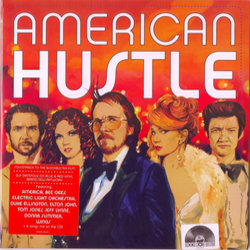 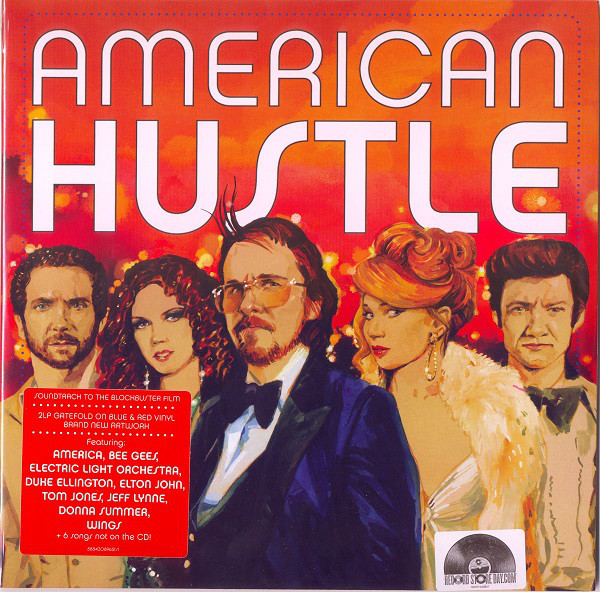 Madison Gate Records and Legacy Recordings, the catalog division of Sony Music Entertainment, are releasing American Hustle - Original Motion Picture Soundtrack, a collection of music from the critically-acclaimed box office hit with ten Oscar-nominations, in a two 12' LP gatefold blue and red colored 150 gram vinyl edition featuring six songs from the movie not included on the CD version. The 12' Vinyl will be available exclusively at independent retailers, as part of Record Store Day's annual Black Friday event on November 28th, 2014.

The new 12' 2LP gatefold vinyl release of the album features six songs used in the film, which were not included on the CD. The exciting new additions to the American Hustle - Original Motion Picture Soundtrack album are songs by Steely Dan ('Dirty Work'), The Temptations ('Papa Was A Rollin' Stone'), Todd Rundgren ('I Saw The Light'), David Bowie ('The Jean Genie'), Frank Sinatra ('The Coffee Song [They've Got An Awful Lot Of Coffee In Brazil]') and Ella Fitzgerald ('It's De-Lovely').

Director David O. Russell meticulously supervised the creation of this exclusive vinyl edition of the soundtrack, supplying hand-written excerpts from the scrip, unique imagery from the film and artwork to enhance the look and feel of the album's gatefold and sleeve.

Director David O. Russell deploys the music in American Hustle to drive and develop action and emotion, illuminating the interior of his characters and intensifying the 70s cultural milieu of the movie. Many film and music critics have praised the film's music as an essential component in a thrill-packed cinematic adventure. 'The movie's exhilaration is in how Russell's filmmaking fever lights up everything it touches,' wrote Owen Gleiberman in his 'A' review of American Hustle in Entertainment Weekly (January 15, 2014).

A fictional film set in the alluring world of one of the most extraordinary scandals of the 1970s, American Hustle tells the story of brilliant con man, Irving Rosenfeld (Christian Bale), who along with his equally cunning and seductive partner, Sydney Prosser (Amy Adams), is forced to work for a wild FBI agent, Richie DiMaso (Bradley Cooper). DiMaso pushes them into a world of Jersey powerbrokers and mafia that's as dangerous as it is enchanting. Jeremy Renner is Carmine Polito, the passionate, volatile, New Jersey political operator caught between the con-artists and Feds. Irving's unpredictable wife, Rosalyn (Jennifer Lawrence), could be the one to pull the thread that brings the entire world crashing down. Like David O. Russell's previous films, American Hustle defies genre to tell a story of love, reinvention, and survival. The film is directed by David O. Russell, written by Eric Warren Singer and David O. Russell, and produced by Charles Roven, Richard Suckle, Megan Ellison, and Jonathan Gordon. American Hustle won three Golden Globes including Best Picture, three BAFTA wins including Best Original Screenplay, was named 'Best Film Of The Year' by The New Yorker magazine, and several critics' awards including the New York Film Critics Circle award for Best Picture and a SAG Ensemble nomination.