Triumph of the Spirit 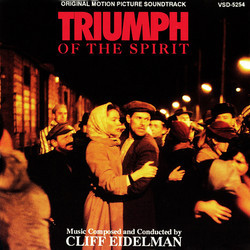 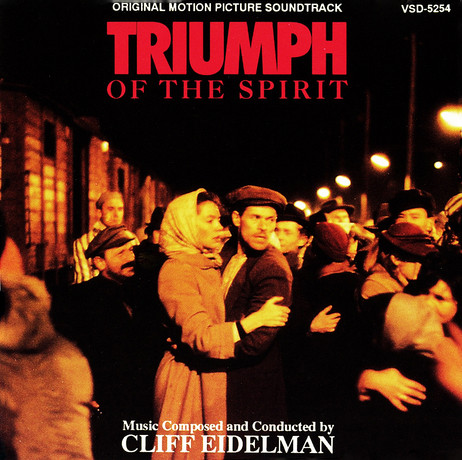 Triumph of the Spirit - 08/10 - Review of Tom Daish, submitted at 2010-09-13 21:20:05
Before Speilberg made his name as a really serious director with his rightly acclaimed Schindlers List, this film starring William Dafoe as a boxer who escapes death in Nazi concentration camps by fighting to amuse his captors. It's not a film I've seen, nor heard about much beyond it's mostly impressive and sensitive score. Cliff Eidelman was only 22 (apparently) when he wrote this score and as such his achievement has to be applauded. If one were to compare the style, it straddles the Jewish stylings (in the choral work on occasion) of Williams' Schindler List, while the opening Main Title has a curious ethnic tinge to it (featuring mandolins I think), but there is also a strong Morricone influence pervading several of the tracks. The fact that the score is performed by Morricone's favourite Unione Musicisti di Roma Orchestra and Chorus is more of a conincidence, however the occasional use of a solo soprano vocalist (sadly uncredited, but it's not Edda Dell'Orso), but some of the chanting choral sections do suggest a slight Morricone influence. Eidelman does juggle this different styles extremely well, but it must be said that I didn't detect quite as much of his own personal style as in some of his later scores.

Much of the music is fairly introspective, with quiet string passages, occasionally decked out by some terrific soprano solos (perhaps only spoiled by the not exactly top notch sound recording). I wonder if the larger choral sections are a bit overwhelming for such in intimate sounding story, but on disc they are dynamic and dramatic. The ethnically tinged sections are somewhat curious. Some reviews mention them as Greek, some as Hebrew - I'm not sure to be honest. The lead character is meant to be Greek, but if I didn't know that I would be hard pushed to definitely place the origin of the stylings. They mix better with the regular orchestra than I would have expected, but don't swamp the music to the exclusion of drama. A clever touch (which was, I might add, used by Williams for Schindler's List) is the inclusion of a recorded, which seems now to be the cliched instrument to suggest children's suffering, but it works in context.

This disc is somewhat hard to find these days, but is worth seeking out, especially for those who haven't been impressed with some of his recent works. It does seem a pity that he doens't get such a broad convas to work with these days, scoring as he often does, minor family dramas which tend to be low key to the point of dull. Triumph of the Spirit appears to be a film that couldn't fail to move the composer and while it's perhaps not as subtley heartfelt as Williams' effort, it's nonetheless most impressive. It would be unfair to call it heavy handed, but there is rarely a lighter moment in the entire hour and this can become a fraction tiring after a while. Even the ending isn't upbeat. The packaging is typically sparse and the sound quality could be better in places; a feature it definitely shares in common with some of Morricone's scores. The louder passages are often muffled, but at other times the orchestra and chorus can sound thin when it should be intense and rich. Maybe if its ever re-released a small bit of remastering might be in order. Recommended by all means, don't expect an easy listen, but appreciate the burgeoning talent that created this score.

Other releases of Triumph of the Spirit (1989):