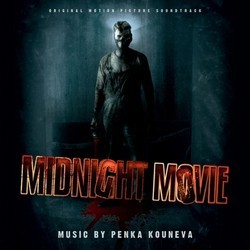 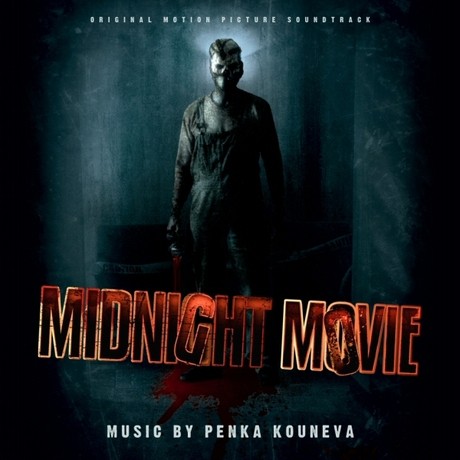 Midnight Movie - 07/10 - Review of Oscar Flores, submitted at 2010-08-25 07:19:08
The storyline: a midnight showing of a 1970's cheap slasher film turns all to real for the audience when the killer comes out of the movie screen and begins terrorizing employees and viewers alike. The killer's weapon: an atypical metal spiral device. The genre: a modern slasher film, of course. The result: an unconventional, yet enjoyable entry for the genre with the usual surprise killings, bad acting, annoying teenagers and an ambiguous ending.

Released in 2008 as a low budget horror movie, Midnight Movie premiered as a limited release and included a cast of mostly unfamiliar people. Not surprisingly, as of today, few people appear to know that this film exists, even though in recent months something of a cult following has started to develop. (The latter could very well be related to the director's plan to release a 'Killer Cut.') The movie borrows elements from many of the highly successful slasher films including The Texas Chainsaw Massacre, Friday the 13th, Scream, among others, but incredibly, Midnight Movie also deviates from the aforementioned by creating a slasher movie within another slasher movie and a killer guided by no cinematic rules. Thus, the main flaw in this film is not the inexperienced cast or the low budget but rather the puzzling movie physics that border on concepts of indestructibility and ridiculousness. Fortunately, an element that appears to follow the traditional rules of the genre is the score composed by Penka Kouneva. Best known for her orchestrations for films like Angels and Demons, Transformers, and Hostel, Penka delivers a very unnerving score that manages to function very well within both films and keeps a remarkable level of tension throughout the whole movie. Arguably, the instrumentation, orchestrations and harmonies chosen by Kouneva become the most effective elements of this movie, and all in all, create a solid accompaniment to a great modern slasher film.

The first track of this album, Darkness and Fear, serves as a good representation of the overall tone Kouneva creates for the score. The four note motif heard at the very beginning plays in other tracks and Kouneva does a great job of mixing orchestral and electronic elements without overusing the latter. Well, it should be pointed out that this is a sample based orchestral score, and while at times this is very evident (i.e. Mother- Last Chase), the MIDI orchestrations are still able to fool some listeners. The three-chord piano progression that follows in 'To Face Your Fears' becomes the central theme of the score and is first heard as the main title for The Dark Beneath  Ted Radford's movie. Unfortunately, while it is featured on several occasions during the film, the album does not contain all of them, so the theme's effectiveness is significantly diminished. The sonority is eerie and sinister yet possesses a somewhat mystical quality  maybe magical, as this is how the movie evolves. Continuing the underscore for 'The Dark Beneath,' 'Bobby at The House' introduces a melody played by the violins while the low strings play tremolos when we first see the evil house and hear the killer's deep breaths. Soon after, a brief tense scene occurs inside the theater, and this is when Kouneva first has to intermix the scores for both movies. Flawlessly executed, the transition in music between both films will not be noticed by most people, and in fact, will begin to develop rather quickly from this point forward.

The chilling-inducing, brass, piano and string heavy cue, 'First Kill,' underscores well, the first kill in this movie. This is a great cue but does not contain the energy found in 'Josh Fights The Killer,' for example. Nevertheless, a foreshadowing moment happens in this track, central to Kouneva's musical approach for this movie. By listening carefully, one will notice the importance of how Kouneva mixes the visual and musical elements while still inserting pauses. These pauses will become even more effective towards the end of the film, heard more prominently in tracks like Timmy in The Duct and Harley Goes.

For 'Bridget Your Dad Is Not Here,' Kouneva writes a more sentimental piano piece once we first learn about Bridget's troubled past with her father. This is an expanded cue, though, not used in its entirety in the film. 'Barrons Shoots At The Door', 'Harley Comforts Babe,' and 'Confrontation And Window Falls' are clearly the best tracks from the album. The constant string tremolos intensify the actions depicted on screen until the killings begin to escalate, culminating with a brilliantly shocking window scene  possibly the best in the movie. Sadly, the underdeveloped script and 'cinematic' physics begin to highlight the absurdity of the occurrences and don't allow the score to fully achieve the desired nerve-racking effect Kouneva created with her music. The end tracks begin to serve a different function once we are fully inside the other movie (no spoilers here, people). By highlighting the usual scares, evident in 'Bridget in The Basement,' 'Prisoners,' and 'Bridget And Her Buddies,' Kouneva skillfully transitions into a more ethereal realm. The added choir certainly enhances that effect.

Admittedly, this is a score that's better appreciated after seeing the film; otherwise some of the transitional devices will appear ordinary and not that special. More importantly, as pointed out before, the main drawback in this score is the dominant use of orchestral samples (a hybrid approach was probably employed by Kouneva, meaning she probably recorded a few real players and mixed them with the samples). Yes, software-based samples keep getting better and better as we speak, but there's still no substitute for having real musicians. This score would have been incredibly more powerful had a large orchestra played some of the more aggressive and chaotic passages, but obviously Penka Kouneva had a limited budget for her score. Howlin' Wolf Records did a wonderful job with the presentation of this album, including not only a clear recording of the music, but also a very detailed and visually appealing booklet. However, by not including all of the parts where Kouneva plays the piano motif, the listener will perceive the score as less cohesive and without much of a central theme. Granted, the piano chords are not the only element of the music, but still, they are a very important one. The score's role inside Midnight Movie deserves no less than an 8/10; however, the score outside the film and especially the score for those who are not familiar with the movie will not seem as effective, thus earning a lower grade. This is great horror/slasher score that undoubtedly honors some of the great ones of the genre. Unquestionably, a nice addition for any soundtrack collector, and one that will surely please Midnight Movie fans.