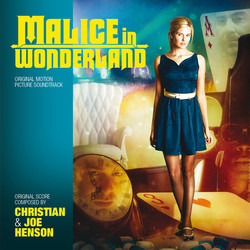 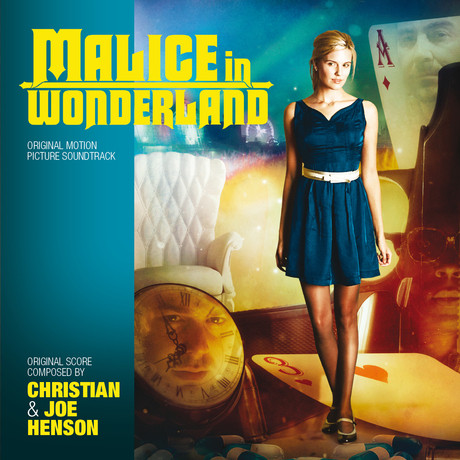 Malice in Wonderland - 08/10 - Review of John Mansell, submitted at 2012-04-06 18:51:22 (English)
I have been watching and listening to the music of Christian Henson for a while now, his works are well structured and also meticulously orchestrated thus being highly original. I am glad to say that this score is no exception to that rule, the composer who has on this occasion collaborated with Joe Henson has conjured up a delightfully dark but quirky soundtrack which for me smacks of Danny Elfman. The composers incorporate ticking watches within the music and infuse their infectious themes further by the use of cimbalom, but this is not a score of just one style, one moment we are listening to a mild sounding theme, the next we are flung forward at break neck speed with a theme performed by a big band or at least the sound achieved has big band influences that are very similar to the way in which composer Laurie Johnson belted out a theme for a television show, like THE AVENGERS or THE PROFFESSIONALS. But there again given the subject matter I suppose the score had to be off beat or even oddball. As you can probably tell by the title its a different slant on ALICE IN WONDERLAND, and starts off by the main character Alice being run down by a London black cab ! I can hear within the fabric of this score a number of influences, even that of John Barry and Ennio Morricone in places and maybe a hint of spaghetti western at times, or at least a similar style that was employed within these movies, but what is certainly most effective is the use of the cimbalom punctuated with quirky sounding strings and an almost childlike sounding music box theme of sorts which is more prominent in track number 5, THE FIRST KISS. I love track 7, CATERPILLAR, in this the composers take quirkiness to new heights, it begins slowly and attentively, but soon alters into a waltz type composition that is at first doddery and awkward but once it gets moving flows along its quirky little way oblivious to all around it, its marvellously dark and so haunting and absorbing. Track 10 is also a triumph of darkness and oddness, ALICE IN GONZO,S FLAT begins with a fairground merry go round sound or maybe a slightly off key barrel organ, this moves quite swiftly into electric guitar and banjo, which are supported by Hammond sounding organ, that is accompanied by a waltz type tempo, its a great combination of instruments, that are joined at the cues conclusion by cimbalom. Track 11, is also a firm favourite of mine, FELIX is a fantastic piece of scoring, so simple but again so effective, subtle use of saxophone, muted trumpet an underlying strings create a tense atmosphere.
To attempt to select stand out tracks is really impossible as I like all that is on offer here, this soundtrack appeals to my own quirkiness, or maybe I am just weird ?
There are little interludes of a less manic or oddball nature, Track 19 for example, CHILDHOOD HOME, is a poignant and delicate composition, performed on piano and really tugs at those heartstrings. As does track 22, MUM, again piano features, supported by delicate chiming and underlying strings and subtle use of organ that can just be heard under the piano, the cue then comes to its conclusion with rather abrupt use of choir. The final cue on the Compact disc is THE TITTY SONG what this is I dont know ? Sort of country and western meets a yodelling song.

The music on this soundtrack is not just infectious its downright contagious, this may not be a lavish or big budget movie, but the composers here have certainly invested a lot of time, care and effort into producing the score. It is one of those compact discs that you would look at in the shops or online and think, Shall I? Well listen to me, take the chance you wont be disappointed. Highly recommended.
Trailer: