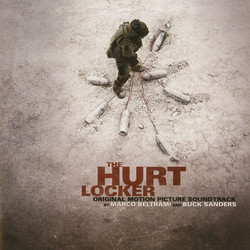 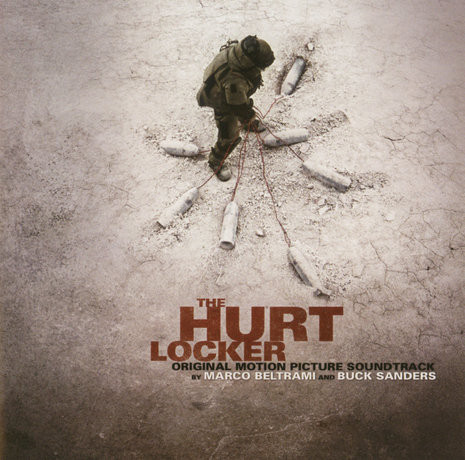 Show reviews in other languages
The Hurt Locker - 02/10 - Review of Jason FLZ, submitted at 2011-06-20 01:54:33 en
The Hurt Locker made quite an impact come Oscar time, not only by beating Avatar for the best picture award but also marking the first time a female director (Kathryn Bigelow, ironically James Cameron's ex) ever won the best director trophy. Despite it's controversy, The Hurt Locker made it's rounds and scooped up as many awards and as much critical acclaim as it could bear. Composing the score to the film came veteran Marco Beltrami and side composer Buck Sanders. The score managed to nab a nomination for best original score, although listening to it; it's hard to see why it was nominated in the first place.

Marco Beltrami has been well known to compose horror scores, and his work on The Hurt Locker could very well be used for a horror film. There is absolutely no thematic material at all. The score can best described as harsh, dissonant sounds with a wailing guitar mixed in. At times, Beltrami makes little use of various synthetic beats and rthyms to create a ghostly middle eastern sound. There are also occasional bursts of action, and a fairly effective guitar piece spruced in. Otherwise, most of the 30 minutes featured on the album is just harsh, ugly sound which never goes anywhere.

When Trent Reznor and Atticus Ross's score for The Social Network won an acadamy award, it was at least well deserved due to the artisticness of the score. For Hurt Locker, there is no 'artisticness'. While effective in the film, Marco Beltrami and Buck Sander's score is so painful to listen to when presented on an album. It's no excuse that all rthymic material had to be thrown out in favor of wailing synth noise.
Oscars: Best Original Score (Nominee)