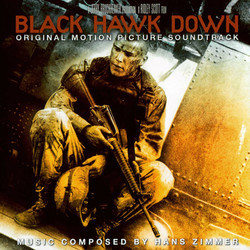 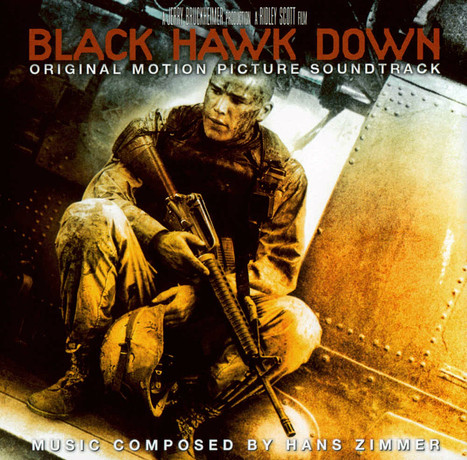 Show reviews in other languages
Black Hawk Down - 06/10 - Review of Andreas Lindahl, submitted at 2008-01-20 21:25:40
Hans Zimmer continues to impress with his way of searching and exploring new ways and techniques to score films. Zimmer is a much more mature composer today than he was ten years ago. Had he scored Ridley Scott's Black Hawk Down back then we would probably have gotten yet another of his "power theme" scores, such as Backdraft and Crimson Tide, i.e. the kind of score that we usually associate with Zimmer and Media Ventures. The first time Zimmer really impressed me was with the score for The Thin Red Line - his finest score so far, in my opinion. It showed a more serious side of the composer than we had seen before. Sure, he had written serious scores prior to The Thin Red Line, but now Zimmer surprised us with a type of score we didn't expect to get. Composers who approach every new scoring job with a fresh mind, not relying on sounds and techniques that worked for similar films in the past always get high marks in my book. A war film does not have to sound like a typical war film when it comes to the score. And the score for Black Hawk Down does not. The patriotic themes are totally absent, as are the sappy and too emotional string and brass elegies. The music is still emotional however, but not overly manipulative.

Instead, Hans Zimmer's score for Black Hawk Down is dark, harsh and disturbing. It's dominated by low bass notes, synths, percussion and African vocals - although far from the kind of choral writing heard in the composers' scores for The Lion King and The Power of One. Many cues, such as "Bakara" and "Of the Earth" are almost entirely performed by vocals, performed by Baaba Maal, and electronics and the result is a score that above all is unpolished and raw. But in a good way. Even the more relaxed cues have this quality to them. "Vale of Plenty", for example, gives us a slow, relaxed theme performed by violin, but since it's backed up by electric guitar and harsh electronics the end result is a cue that's uneasy, introvert and somewhat "dirty". The same goes for "Mogadishu Blues" which is a three minute cue dominated by a lovely acoustic guitar performed by Heitor Pereira, supported by subtle electronics. The dirty and raw side of the score is emphasized further by the use of the electric guitar. And we're talking really heavy and dark chords here...

Black Hawk Down is probably not everyones cup of tea. If you're expecting a score dominated by a hummable, memorable theme you are sure to be disappointed. The six minute long "Leave No Man Behind" gives the listener a lush and emotional rendition of a theme. It's pretty much the only uplifting cue on the entire score and brings back memories of The Thin Red Line (although don't ask me why), performed by piano, cello, electric cello, guitar, synths and other instruments. It has a very Irish quality and is really a quite beautiful part of the score. But that's pretty much it when it comes to longer, beautiful themes.

It's also worth to note that Lisa Gerrard, of Gladiator fame, makes an appearance in "Gortoz a Ran - J'Attends" together with Denez Prigent. It's a typical Gerrard song, although written by Prigent, and is, I suppose, OK. But nothing more. Two other songs are included on the soundtrack. "Barra Barra", performed by Rachid Taha, can be described as an African rock song, while "Minstrel Boy", performed by Joe Strummer and The Mescaleros is a very Irish sounding pop song. Both work really well with Zimmer's score, so there really is no reason to program your CD player to skip past them.
Black Hawk Down - 08/10 - Review of Tom Daish, submitted at 2010-09-07 22:28:32
I think it would be fair to say that despite his reputation in some quarters for noisy, soulless scores, Hans Zimmer is really considerably more diverse and talented than he is given credit for. His recent efforts have been somewhat variable on disc, but have pretty much always succeeded in the film. He also seems to have struck up a good working relationship with Ridley Scott who appears to have got back on track with making if not always perfect, then at least above average popcorn entertainment. Black Hawk Down sees him veering into the new fashion for gritty, realistic war films and is sort of a flashy, somewhat glossy Saving Private Ryan in Mogadishu, but without Spielberg's overly sentimental book ending.
Unlike John Williams' restrained scoring for the quieter moments of Spielberg's superb WW2 film, Zimmer throws himself into the action with a vibrant, but very eclectic score. Curiously, around the release date he appeared on daytime UK television and was describing how they put army netting in his studio for atmosphere and pushed himself and the musicians to create something worthy of the soldiers who died during the incident that the film describes. One can't help but feel that, while those efforts might have been noble, it does seem an ever so slightly pretentious approach and I'd have thought that the event itself should be inspiration enough. Admittedly the score is good and worked well in the film, although it is about as eclectic as they come.

Unlike the smooth fusion of modern, classical and barbaric for Gladiator, the fusion here is much more head long and wild. He did admit that he wanted the music to have the same kind of rush as the graphic depiction of war and to an extent he succeeds. Musically mirroring the clash of cultures; the theoretically superior Americans and the Somalis who are caught up in the conflict over which they have almost no control. There are some reasonably easy to spot Zimmer mannerisms, but much of the music plays like a stream of acoustic (albeit small ensembles or soloists) and digital consciousness and to that end is unlikely to appeal to everyone. Indeed, this is one of those occasions where the entire score will be enjoyed, but half by one person and the other half by the other person.

I am not entirely sure what to make of Black Hawk Down, the fusion is dynamic and not especially distracting, but I can't honestly say that some of it appeals to me greatly. Quite a lot sounds like a Ministry of Sound compilation with various ethnic effects thrown on top which gives the music the right kind of locale as well as the propulsion it requires but not being a fan of either genre all that much, I couldn't honestly say I felt it was good. Those expecting an Africa Thin Red Line will probably be disappointed, but for a colourful and vibrant head long explosion of ethnic, percussive, digital and vocal, you can't go far wrong and certainly a vastly superior slice of modern scoring technique.
World Soundtrack Awards: Soundtrack Composer of the Year (Nominee)
World Soundtrack Awards: Best Original Soundtrack of the Year (Nominee)