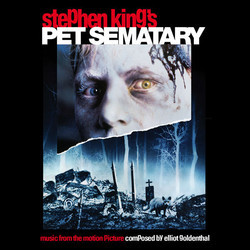 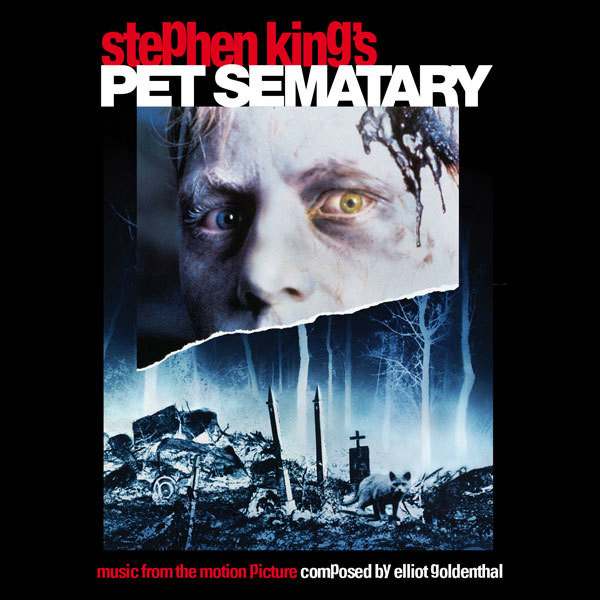 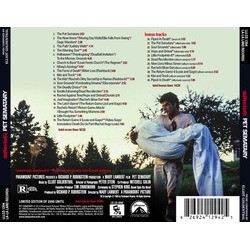 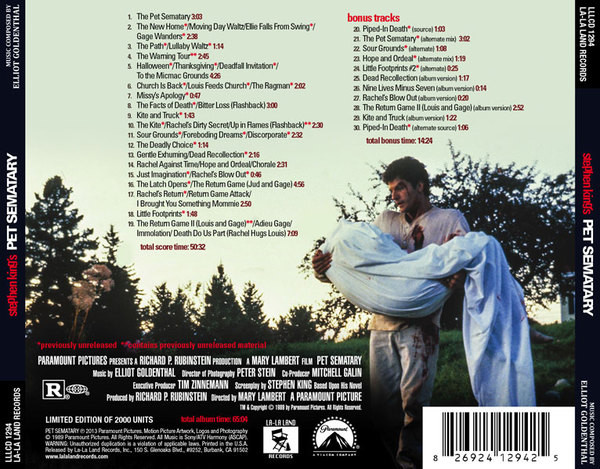 La-La Land Records and Paramount Pictures present the remastered and expanded release of renowned composer Elliot Goldenthal’s (BATMAN FOREVER, HEAT, A TIME TO KILL) original score to the classic Paramount Pictures 1989 horror feature film PET SEMATARY, starring Dale Midkiff, Denise Crosby and Fred Gwynne, and directed by Mary Lambert. Goldenthal expertly weaves a haunting musical tapestry of dread and terror, all the while escalating this Stephen King adaptation’s suspense and pitch-black drama. Produced by Dan Goldwasser and mastered by Doug Schwartz, this special limited edition release of 2000 units features 30 minutes of previously unreleased music. Exclusive, in-depth liner notes by film music writer John Takis round out the delightfully creepy art direction by Dan Goldwasser. Previously out-of-print, PET SEMATARY has returned from the grave. In this case, “dead” is NOT better! A must for all horror genre film music enthusiasts and fans of the composer.