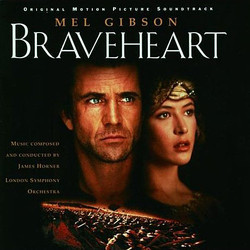 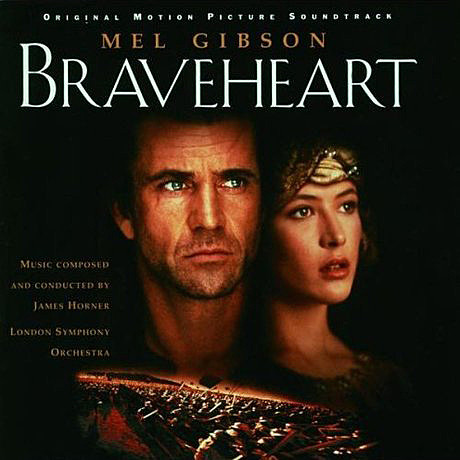 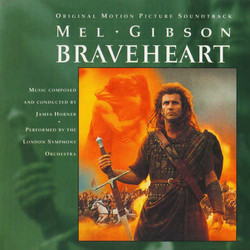 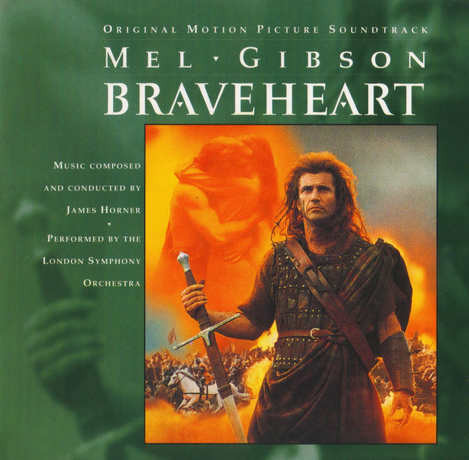 Show reviews in other languages
Braveheart - 10/10 - Review of Andreas Lindahl, submitted at 2008-01-20 21:25:40
One of the most powerful and emotional scenes in Mel Gibson's epic film Braveheart is when William Wallace uses the remains of his strength to cry out his "Freedom!" at the end. We owe much of the magic in that scene to James Horner and his music. When he lets the mighty sound of the horns, supported by the rest of the orchestra, take over the entire stage, we know that in the end Wallace has won, in one way or another. This scene is just one of many in Braveheart where the music takes the leading part, and thus dictates the story for us. Another example is the revenge scene, after Murron has been executed. Wallace's rage and almost mental aberration are reflected in the music, which consists of shakuhachi, eerie voices and strings, drums and subtle synths. It perfectly matches the action on screen and the sparse, but incredibly effective sound effects, as Gibson's character seeks, and gets, revenge.

Many regard Braveheart as Horner's best score to date, and it certainly belongs in the absolute top five of all his scores. That this score didn't won an Oscar is a huge disappointment, although not very surprising. James Horner's superb score for Apollo 13 was also nominated. This split the votes and instead Luis Bacalov won the desired throphy, with his score for Il Postino. The somewhat strange and bizarre consequence is that it is better for a composer to get only one nomination, instead of two or more.

But back to Braveheart. James Horner's score is the reason I started to listen to filmmusic in the first place. I remember being blown away by the music in the cinema and I decided to pick up the soundtrack, with music by this James Horner guy. The rest is, well, history... The music is perfect for the film. It is big, romantic, lush, sweeping and dramatic. All with a Celtic twist. James Horner uses the sound of the Uilleann Pipes (which will forever be associated with Titanic) and other typical Celtic instruments. The result is a timeless, epic score full of wonderful music.

The music revolves around several different themes. Like the theme, or motif - mostly performed by horns - associated with the Scots and courage; and the wonderful love theme - one of the best themes Horner has ever written (although one has to admit it is rather similar to a theme in Holst's "The Planets"), given a wonderful rendition in "For the Love of a Princess". It give me goose bumps every time I listen to it.

The highlights are many, but some of the most memorable cues are "A Gift of a Thistle", "The Secret Wedding", "Murron's Burial", "For the Love of a Princess", "The Princess Pleads for Wallace's Life" - all full of romantic and wonderful music, and the latter with choir - "Betrayal & Desolation" - a superb and extremely sad and desperate sounding piece, which brings tears to my eyes every time I hear it; "Mornay's Dream", which is a short adrenaline pumping cue, with heavy percussion and dramatic brass, and finally the last two cues, both around seven minutes long, forming a perfect ending to a perfect soundtrack and score.

The music is orchestrated by Horner himself, something which is always very welcome. Performed by The London Symphony Orchestra, Choristers of Westminster Abbey and soloists such as Tony Hinnigan, Eric Rigler and Mike Taylor (and Horner) the performance, and recording, are top notch.

A second soundtrack was released in 1997. It contains mostly bagpipe music and is scattered with sound clips from the movie. But a couple of new Horner cues are included, being "Outlawed Tunes on Outlawed Pipes", "The Royal Wedding", "Scottish Wedding Music", "Prima Noctes" and "Visions of Murron", making around seven minutes of previously unreleased music by Horner. Only a must have for the real James Horner, or Braveheart, fan. But the original soundtrack is a must have for any serious film music fan.
Braveheart - 10/10 - Review of Tom Daish, submitted at 2010-09-26 19:36:58
This was the score I swore blind I'd never buy. I would like to make a public apology to my friend Paul as it was to him I swore I would never get this score. In fact, my feelings were so strong that I really didn't like Horner much at all to begin with. Listening to this score, I do realise why I didn't like it in the first place. It is a often very downbeat and can become a little oppressive. However, that does not stop it being a superb score. The music is touching, subtle and perfectly compliments the film as well as doing very well on disc. I would admit to not really greatly liking the film, it just didn't stir my passion like it wanted to (although the Scottish nationalism is possibly why not). The attention to authentic instruments is rather odd as a matter of fact as despite this being a Scottish film, the pipes used are in fact Irish. This is apparently due to the greater range of the Irish pipes and to me that seems like a perfectly good reason really. The end titles were recorded with Scottish pipes on Hollywood '95 conducted by Joel McNeely, but the differences are fairly negligable.

There are many themes, although the most memorable and most famous does echo the slow central section of Holst's Jupiter movement from the Planets. There is also a doom laden, but touchingly delicate love theme, but my favourite is more of a heroic fanfare, given great prominence in the penultimate execution track, providing heroic counterpoint to the matyr status attained by William Wallace. It is one of those themes that will have you in tears of joy and sadness all at the same time, especially when coupled with the site of Mel Gibson being rather mercilessly killed off.

The massive battle scenes are accompanied by thunderous drum-laden efforts as in the Battle of Stirling and Falkirk and are exciting merely on visceral energy and barbarism. Not exactly written with great technicaly skill, but undeniably effective at conjuring up the dynamism of the sequence. Revenge is a suspese/action cue that wrings tension by building the orchestra with increasing fury, but finally resolving all the tension by the end of the cue. I've always felt that the LSO were slightly redundant in this score. Yes, their playing is first rate (as ever), but they have to compete with the ethnic instruments, but the somewhat distant mixing ensures that some of the immediacy of the music and performance is lost. However, a superlative Horner score that should probably have won a deserved Oscar as it lifted the drama of the film no end. Certainly a more worthy candidate than Titanic and a score that will likely endure in the memory a lot longer.
Golden Globes: Best Original Score (Nominee)
Oscars: Best Original Score (Nominee)