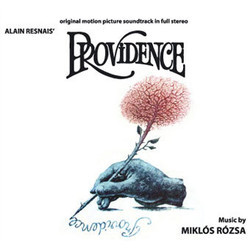 Show reviews in other languages
Digitmovies with the collaboration of Sugar Group are honored to make available this premiere release of the complete score as a tribute to the musical genius of Miklós Rózsa, following the 2CD set of SODOM AND GOMORRAH which we produced in January 2007 on the occasion of the centenary of the birth of this beloved composer. To realize this ambitious project, we utilized a first-generation, full-stereo master tape of the original LP soundtrack album, augmented by first-generation stereo masters (preserved in the Sugar Music archives). In addition to the fifteen tracks (35:48) from the album presentation (released in France on Pema Music 900 057 and reissued on CD in Italy, Japan and the United States) our CD includes, as bonus tracks, all the remaining cues from the master tapes (17:25) giving a total time of 53:13 to the delight of Rózsaphiles around the world. With the assistance of Doug Raynes from The Miklós Rózsa Society (www.miklosrozsa.org), we wanted to produce a deluxe edition digipack that would pay homage not only to the wonderful musical artistry of the legendary Miklós Rózsa but to the great director Alain Resnais and a film that has left its mark on the history of international cinema. Providence was a multi-award winner at the 1978 César Awards, including Best Music, Best Film and Best Director. Sir John Gielgud also won the New York Film Critics Circle Award for Best Actor.