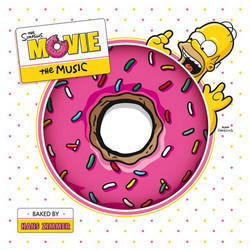 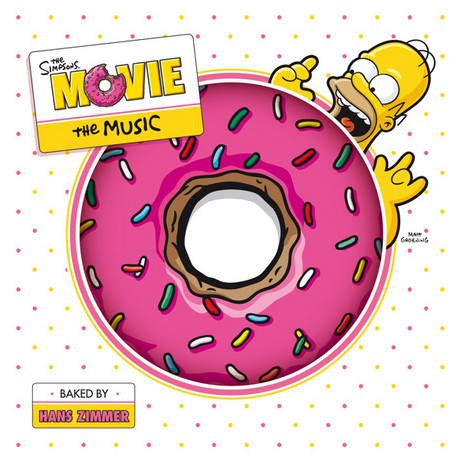 The Simpsons Movie - 07/10 - Review of Tom Daish, submitted at 2010-09-07 22:43:23
OK, I confess, The Simpsons doesn't really thrill me any more. I mean, it's still good, but after 18 years, it's hardly surprising that a TV series in which the characters don't grow at all (physically or mentally) can't retain the same feverish interest than it once did. Family Guy may have many similar traits, but it's a new set of unchanging traits, plus the benefit of the best psychopathic baby and alcoholic dog on television. However, I was pretty confident the writers wouldn't let the first Simpsons movie be a disappointment - there's certainly the risk of it being too late in the day for such an endeavor - but, fortunately, it's hugely entertaining, indeed it manages to regain some of the appeal the show had in its prime. If it were up to me (which fortunately, these kinds of thing rarely are), I'd use it as a cap on The Simpsons and relaunch the sadly cut short Futurama which still to have plenty of mileage in it. Was it really that unpopular? Doubt it somehow.
Hans Zimmer's participation in the score has been long known; many have rightly complained on the unfairness of not asking the wonderful Alf Clausen for the gig. I certainly can think of no reason why he wouldn't be up to the challenge but shit, as they say, happens. As a secondary choice, Danny Elfman would seem ideal, but hey, we have Hans and, in truth, he does a pretty good job. Indeed, were it not for the occasional flushes of the Zimmer sound (notably in the brassier parts), little of the music is obviously by Zimmer. It's a strange place for the composer; his comedy scoring (notably Spanglish and As Good As It Gets) is far removed from his prototypical work, yet The Simpsons requires more than what are fairly talky comedies. Zimmer doing slapstick? Doesn't immediately seem an obvious mix. Having said that, much of the writing is fairly straight laced, the warmer material - notably Doomsday is Family Time and You Doomed Us All, Again, is very appealing and his theme for Lisa, derived from Elfman's classic theme tune, is winning. It feels remarkably genuine with a minimum of sap. Why can Zimmer not manage this level of subtlety more often?!

Unlike in the film where the main theme segues into a rendition by popular beat combo Green Day, the version here is more or less as in the series. The Zimmer production values are in evidence, slightly smoothing out some of Danny Elfman's nimble orchestration. After all, it's already a big theme played by a big orchestra, there's not really any need to amp it up further. Snippets of the main theme appear throughout, although more in the gentle passages. I did rather hope for a big action version, but alas, this was not to be, save for a hint in the latter stages of You Doomed Us All, Again. The action itself is much more snappy, tuneful and, well, interesting, than Zimmer's usual outpourings. That it's tuneful, lightly orchestrated and, above all, witty, really helps immeasurably add to its appeal. Why Does Everything I Whip Leave Me?, the funky Release the Hounds and the aforementioned portions of You Doomed Us All... Again, are great fun. That they aren't constant brass and percussion, but leave plenty of room for the strings and woodwind, is a great boon to the orchestral colour and ensure the big, brassy parts stand out rather than simply add to a loud orchestral mush.

Two of the film's more surreal moments are very well enhanced by their musical accompaniment. Bart's Doodle (oddly titled as the scene relates to Homer and Marge, but hey) is an hilarious spoof of perky Disney music of yesterday, with tra-la-la female chorus and a beautifully twee tune. Its conception is not unlike that penned by Thomas Newman for the opening of Lemony Snicket.. The second is the very odd version of the TV Spider-Man theme in Spider Pig, covering a typically weird hallucinogenic sequence. Indeed, it sounds more like prototypical (i.e. 1990's) Danny Elfman than Elfman's own scores for the Spider-Man movie series. The closing cue continues the rather odd soundscape with a sort of Goldsmith does Joe Dante style take on the theme tune. After such an effective orchestral score, it's a strange way to conclude, but doesn't overtly detract from a very entertaining forty minutes. If I was to be ultra-critical, while everything is nicely wrought, little sticks strongly in the mind afterward; it's a score as frothy and fun as the film for which it was written, but not much more. Without Elfman's theme there wouldn't be much else to hang on to. However, as Goldsmith always did for Dante, this is a score for enjoying, not worrying about great technical achievement.
Trailer:

Other releases of The Simpsons Movie (2007):