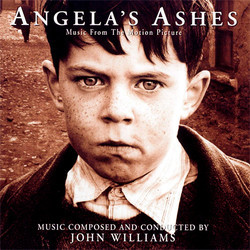 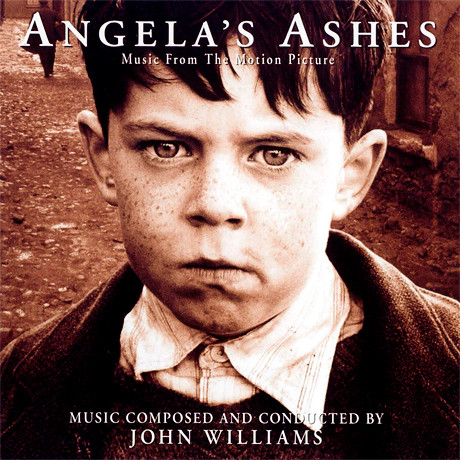 Show reviews in other languages
Angela's Ashes - 10/10 - Review of Tom Daish, submitted at 2010-10-02 12:13:44
In films, it seems that the Irish seem to get always get a grotty deal in life. In Titanic they all drowned, in Far & Away they all starved and died for lack of spuds. Of course they invariably come up trumps, usually by moving to the often mythically protrayed America as a place of milk and honey. They are also invariably salt of the earth types who are always cheery in the face of a generally pretty rubbish lot in life. Angela's Ashes seems to take this kind of thread to new extremes with the story of a poor Irish family who life in squalor and nothing good happens and it's always pouring with rain. Of course this kind of story is invariably likely to provoke an impassioned response from any composer and in the hands of John Williams, the results were never likely to be anything less than superb.

The apparently now customary bookend approach to albums is continued with an opening and closing performance of the glorious Theme from Angela's Ashes. The central theme is a wonderful, melancholy idea that is passed around the orchestra from the gentle opening piano performance. From that, it builds using a rich string string section performance, in a style that wouldn't be out of place in the best of George's Delerue's music. Other instrumental soloists are featured, including a passage for oboe as well as prominent part for harp (which is featured several times throughout the score). With efforts such as Stepmom being just that bit too understaded, I was pleased that Williams isn't afraid of bold gestures and the dramatic heights of the main theme alone put many of today's so called dramatic scores to shame. What makes the music that bit special is Williams' ability to use more unusual harmonies and somewhat surprising melodic changes in direction (which on occasion reminded me of his fabulous theme to Seven Years in Tibet) that composers these days will tend to shy away from, thus often producing a feeble and generic attempt at drama.

Of course the theme recurs throughout the score, but never too often and is almost always reconfigured or performed in a different style which gives rise to other melodic ideas and suggestions. There is no real hint of Irish style music. It was assumed that there would be some of the folksy bagpipes that Williams successfully employed in his enjoyable, but much less intense score to Far and Away. It is a also generally devoid of brass. In fact the brass section only appear at all during the penultimate track, Back to America which gives the central melody in the violins a gorgeous brass choral background with a fond echo of the lovely brass work in his recent Saving Private Ryan.

Strings need not always be played using the bow, indeed My Dad's Stories is almost entirely played pizzicato (plucked) with only a solo violin line weaving in and out on occasion. Like I said, the harp and piano, as well as several other solo instrumentalists also play a prominent role on a few occasions, effortlessly weaving in and out of the orchestral texture. The Lanes of Limerick features a long solo for harp which is the first time since ET that Williams has used written such a long passage. JoAnn Turovsky's effortless performance only adds to the quite rapturous effect.

After the hype to the Phantom Menace, Angela's Ashes is a more typical 90's Williams effort which is dramatic, but sufficiently restrained. I would certainly put it down as one of his finest efforts of the 90's, avoiding the problem of being too restrained or repetitive and just providing for a captivating hour of music that really does demonstrate why Williams is such a sought after composer. It is interesting to note that Williams decided to pass on composing the score for Bicentennial Man which was passed to James Horner who is of course rather (in)famous for likely Celtic music. I suggest that it really would have featured Uillean Pipes everywhere, but I rather doubt it could have matched Williams sublime effort.

The US release of this score turned into a fiasco as it contained several dialogue snippets, much to the annoyance of those who just wanted to hear Williams' music. However, this version (released in the UK and made in Germany) features no dialogue and so the music can be heard in its purest form. As such I highly recommend seeking it out as this is not going to disappoint. As usual, the performance and recording are top notch and if you can remember to program out the two period songs which don't fit in well at all, then you should find yourself swept up and enamoured with another Williams gem.
Angela's Ashes - 10/10 - Review of Andreas Lindahl, submitted at 2008-01-20 21:25:40
Being everything Star Wars: The Phantom Menace wasn't - when it comes to style - John Williams' score for the film Angela's Ashes, based on Frank McCourt's best selling novel, is a wonderful, emotional score, full of drama. Similar in style to Williams' other "serious" scores, such as Schindler's List and Jane Eyre, Angela's Ashes has a very classical sound, far from the energetic and bombastic music in many of Williams' scores, relying mostly on strings, with solo performances by instruments like the oboe, cello, harp - reminiscent of the harp solos in E.T. - and piano. There are almost no brass, which seems to be a group of instruments Williams' mostly uses only when he needs raw power and "oumph".

Like many of Williams' recent soundtrack releases the CD opens and closes with a concert version of the main theme. At over six minutes, those cues are some of the absolute best music Williams' has written in the 90s, almost in the same caliber as his amazing music for Schindler's List. The theme is sad and introvert, but not overly depressing - this is not music you will get depressed listening to, which is the case with the already mentioned Schindler's List. One of the most wonderful cues are the two and a half minute "Back to America". Opening with some narration, Williams' music soon takes over, building to a simply great climax, with a lyrical, beautiful and optimistic theme, that just makes you smile, performed by the entire - brass as well - orchestra.

The sound clips, in the form of narration by Andrew Bennett, included in some of the cues, haven't been popular among many film score fans. I don't think they are that bad. They are always quite short - just a couple of sentances - and they add more to the listening experience, than they distract, and are only used when nothing really interesting is happening in the score.

Placed in the middle of the album are two source music cues, "The Dipsy Doodle", performed by Nat Gonella & His Georgians, and "Pennies from Heaven", performed by Billie Holiday. They may be good, classic songs on their own, but they certainly do not mix well with Williams' score. It's really annoying, and it would have been better, had they been placed at the end of the CD.

Over all, this is a memorable, wonderful score by John Williams, who ends 1999 with some of his best music ever.

Some notes about the Decca release

The version released by Decca Records in Europe lacks the narration by Andrew Bennett, which really makes the music far more interesting listening to, from a musical point of view. Apart from that the included music is exactly the same, although the cover art is a little different - the tone is more red, or sepia, and the image behind the picture of the young Frank McCourt is different. If anyone is interested in aquiring a copy of this, the CD number is 466 761-2.
Golden Globes: Best Original Score (Nominee)
Oscars: Best Original Score (Nominee)