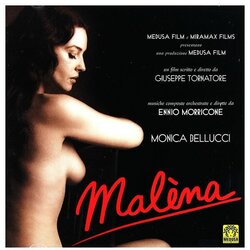 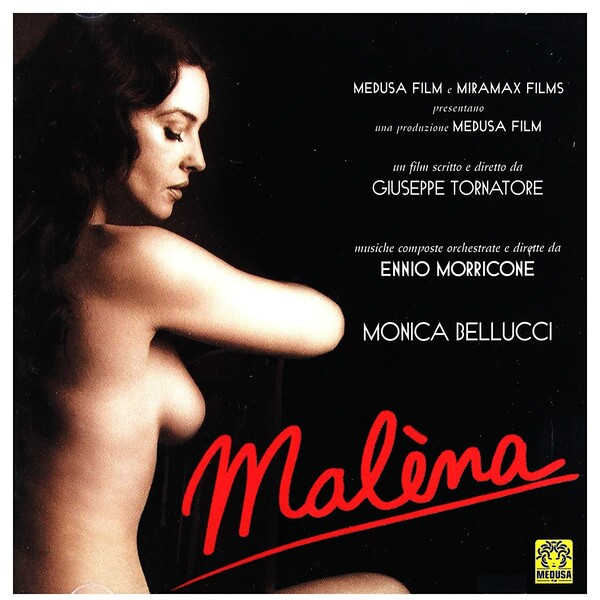 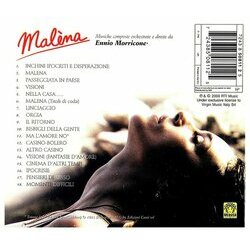 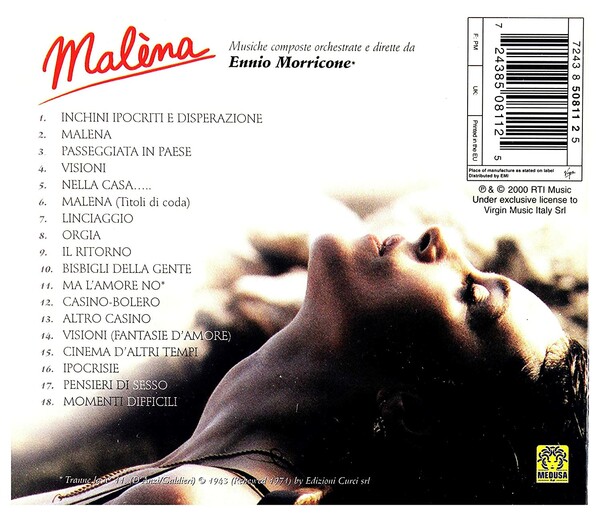 Show reviews in other languages
Malčna - 08/10 - Review of Tom Daish, submitted at 2010-09-29 23:04:22
I suspect that were it not for its Oscar Nomination, Malena would quite possibly have had a more cursory mention in the filmography of Ennio Morricone. However, the nomination has thrust it over and above his other scores, even though they were equally good, if not better - such is the case with someone who dare write music for non Hollywood movies. Of course, this being Ennio Morricone working with Giuseppe Tornatore (Cinema Paradiso among other things), the results are still extremely good.

The two most memorable ideas in the score are the opening, slightly sinister, slightly comedic march which has portamento strings (ie. sliding between notes) which for some curious reason reminds me of David Arnold's Stargate (explain that one if you can). The other theme is most fully presented in the End Titles, which curiously fall in the middle of the album. Having said that, it works well as kind of a concert arrangement of the theme and had it not been called End Titles, I wouldn't have thought of the placing on the disc odd in any way. The melody is one of those gently romantic melodies that Morricone writes effortlessly and while I don't think it's quite as memorable as Cinema Paradiso or similar, it is still wonderful. The kind of theme that in the hands of the average Hollywood composer would have turned to schmaltz rather quickly.

Perhaps the most surprising cue is Linciaggio (Lynching) which features aggressive brass writing that I probably wouldn't have guessed as being by Morricone had I heard it alone. That's not to say it doesn't fit, merely that it comes as something of a surprise within the context of what is essentially a fairly restrained score. The only aspect of the score I'm not keen on is the pan pipes that make a couple of appearances in the two Visioni (Vision) cues, mainly as I'm not keen on the timbre that they have and seem a little unnecessary.

There have been many (and I mean dozens) of Morricone scores which should be up for an Oscar, but for 2001, Malena will do just nicely, even though I suspect it won't be lapped up by everyone. I must admit that on first listening I couldn't really think of much to say, nor had any feel for the music, but on subsequent listens, the album has grown on me and will take a well deserved place with the the rest of my marvellous Morricone collection.
Golden Globes: Best Original Score (Nominee)
Oscars: Best Original Score (Nominee)