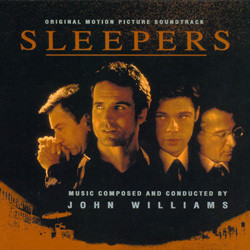 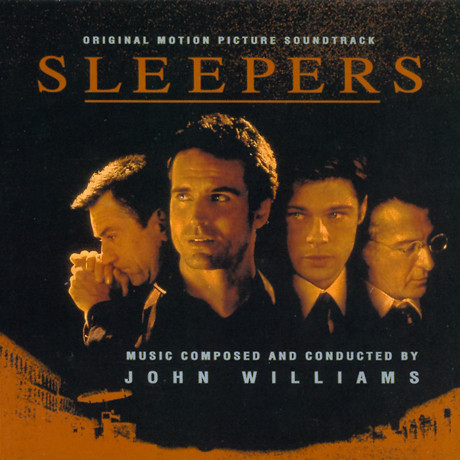 Show reviews in other languages
Sleepers - 08/10 - Review of Tom Daish, submitted at 2010-10-02 13:25:39
Rather heavier going material than director Barry Levinson usually takles, this somewhat nasty revenge and courtroom drama film is a long way from The Natural and Good Morning Vietnam. Sleepers marks Levinson's first collaboration with John Williams and the results are extremely powerful, coming at a time when Williams' scores were proving less popular with fans simply because they were so dark. The same period that yielded Nixon, Rosewood and The Lost World, all of which are a long way from the style of his most popular work. I must admit that the descriptions of Sleepers never ensured I hurried down to my local record store to pick it up, however, I was lucky enough to hear Williams conduct the London Symphony Orchestra in a performance of Hell's Kitchen (one of the most luke warm receptions for a Williams encore I've ever heard beforehand, but everyone enjoyed it in the end) and decided the score might just be worth picking up.

It should be noted that Hell's Kitchen actually ends with a more upbeat and typical Williams brassy flourish, but the early material of the track is more indicative of the score as a whole. This is pretty bleak stuff that recalls Presumed Innocent and echoes the darker material from the more recent Rosewood. Williams' orchestra is also less standard, incorporating the occasional synth (and synth choir) and electric bass which deepen the bass to gives the music greater intensity. While not always successful at using synths or a pop orientated sound, The Football Game actually works quite well, featuring as it does a drum kit (as opposed to a 'proper' percussion section) and various synth bass lines. Anyone who can't quite come to terms with such a dramatically weighty Williams score will likely latch onto that track as a favourite (probably together with Hell's Kitchen) since they are more upbeat, but with a little perseverence, the rest of the score is no less well written. This is not a high instant impact score; it does have plenty of thematic content, it is just not immediately obvious. One break from the orchestra does occur with a fairly sombre choral piece (real choir this time), Saying the Rosary which for lack of any further credit seems to have been composed by Williams as well.

The Reunion and Finale reprises some of the material from Hell's Kitchen and provides the final emotional release to lift the spirits before the album ends. In context, a very stirring climax after listening to the entire album. I can accept that this score is not everyone's idea of an hour's entertainment and the experience can verge towards depressing. Of course being depressing does not make it a bad score, just different to expectations. The quieter tracks do help to disperse the deep intensity of the more muscular cues, with the more upbeat moments relieving much of the tension, particularly at the finale. An underrated score that is worth giving a second chance, but don't expect it to lighten your mood too much.
Oscars: Best Original Score (Nominee)