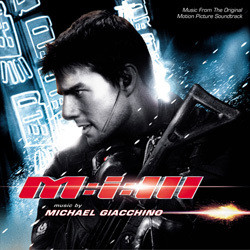 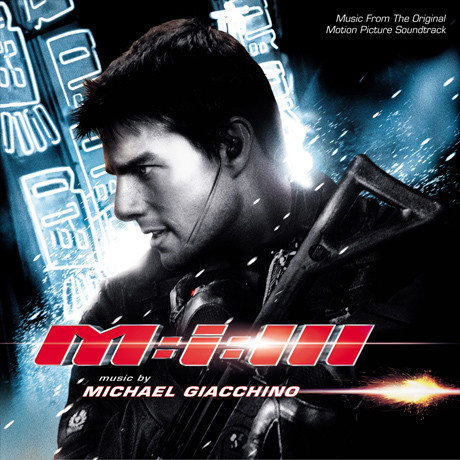 Show reviews in other languages
Mission: Impossible III - 07/10 - Review of Tom Daish, submitted at 2010-09-11 09:35:02
I had high hopes for Mission: Impossible III (M:I III to its friends) - John Woo was out and JJ Abrams was in. Even if Abrams is perhaps better known for his television work - from Lost to Alias - then I rather thought he could bring some of the spirit that made his television shows so successful. True, the film isn't the pseudo-arty bore of M:I 2, but neither does it have the seat of pant wetting tension that made the first such a rousing success. After The Incredibles, Michael Giacchino has continued some of his TV scoring stints and done a couple of features, but this is his first major summer release motion picture score. Unfortunately, while his technical facilities are evident throughout, the film doesn't quite give him enough to work with and produce the sizzling, knock out score we were all hoping for.
First up, the arrangement of Schifrin's indelible theme; not bad, but a bit busy. An string line is added, but is rather in the way, not helped by the fact that it's pretty thickly orchestrated to start with. Another minor annoyance is the flatness of the opening string trill. The original starts explosively, before a sudden volume decrease followed by an increase in intensity as a lead into the opening rhythm (to match the visuals of a match being struck to light the fuse). Giacchino's choice seems odd to say the least. However, he makes some good use of the theme throughout; not quite as effortless as Elfman, but cleverly woven in at strategic points. As noted, the score's biggest problem is the film it's attached to. There is nothing inherently wrong with the writing and Giacchino's action is accomplished as ever, but at over an hour, it's too constantly aggressive to be totally entertaining.

Given that the crux of the story revolves around Ethan Hunt's wife (nicely set up in the pre-credits, but with payoff as boring as it predictable), there is surprisingly little in the music that suggests any kind of emotional involvement with the characters beyond them shooting each other. Special Agent Lindsey Farris is an early moment of respite, as is the brief Ethan and Julia, but then nothing until the finale, Reparations, which features a solo piano motif written to be played so slowly that you can almost hear the pianist deciding which chord to play next. The suspense tracks, however, feature some fine writing, notably 'Humpty Dumpty sat on a Wall' as Ethan breaks into The Vatican where Giacchino uses some asymmetric rhythms and low in piano with more than a hint of Jerry Goldsmith. However, the Goldsmithian trademarks are (not to mention some neat uses of the Schifrin theme) mixed so effectively with Giacchino's own style that it would be churlish to quibble.

The album ends with a fun bonus track with Giacchino taking Schifrin's theme out for an extended spin which turns out to be more effective than his titles arrangement. If some of that seems a bit hard on Giacchino, then let me qualify it by confirming that he's still one of the most consistently entertaining young composers around. He's conclusively grown out of his John Williams pastiche period and, although there is still a great debt to some of Hollywood's finest composers in his work, Giacchino is definitely becoming his own man. However, as noted, M:I III is just too heavy on the action and suspense, with not quite enough variety in tempo or tone, it's just rather tiring by the conclusion. However, anyone looking for a score short on subtlety, but high on bluster and old fashioned orchestral excitement won't go far wrong here.
Filmmusicsite.com Awards: Best Original Score (Nominee)

Other releases of Mission: Impossible III (2006):