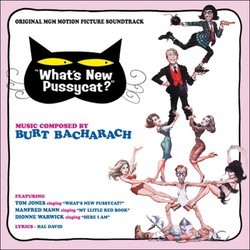 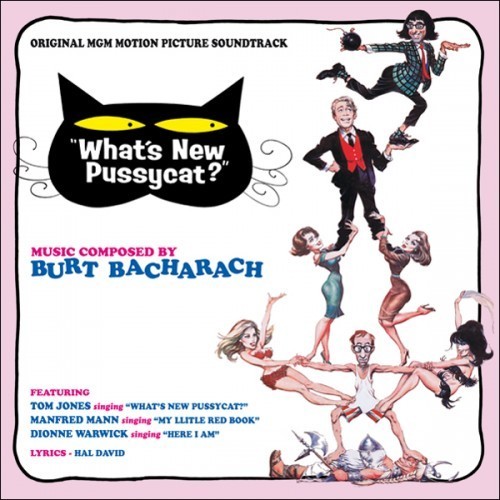 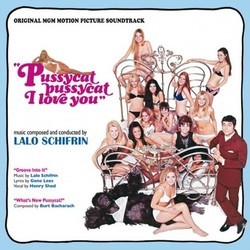 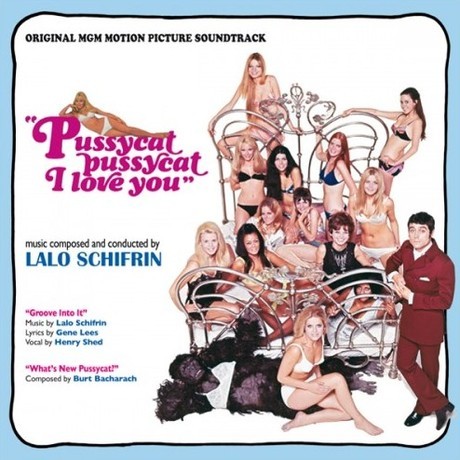 The 1965 comedy film What’s New Pussycat? is significant from several perspectives. It launched Woody Allen’s career in movies, being both his film debut and his first produced screenplay after several years as a nightclub comic. It contains a brilliant if often unrecognized comic performance from Peter Sellers, followed by Peter O’Toole, Romy Schneider, Ursula Andress, Paula Prentiss and Capucine. It also launched Burt Bacharach’s career in films, being his first film as both songwriter and composer.

The score was hugely popular at the time, and in fact is the best-remembered aspect of the film today. Bacharach’s three songs—written with his usual lyricist Hal David—were great successes (performed by Tom Jones, Dionne Warwick and Manfred Mann), and provided the starting point for Bacharach’s brief but unforgettable contribution to film music with scores to such movies as Casino Royale, After the Fox and Lost Horizon. Bacharach won three Oscars (two for Butch Cassidy and The Sundance Kid and one for Arthur).

The album released by United Artists in 1965 (and reissue in CD by Ryko in the late nineties) has been fully remastered for this edition. Interestingly, almost the entire score of the film was present on the original album (including a couple of tracks deleted from the final assembly of the film), but many of the shorter cues were joined together​​. The original film recording tapes have unfortunately been lost, but we have attempted to remove the soundtrack album edits to create standalone cues that provide an approximate version of the score as heard in the film, in proper film order. So you can enjoy two versions on this CD: the one offered by Bacharach himself in his original album and an approach to his conception of the score in the film.

The popular success of What’s New Pussycat? prompted United Artists to produce a sequel, although without anyone one involved in the first film being brought back its chances for success were slim, and it quickly vanished. With its title taken from Hal David’s lyrics to the original title song, 1970’s Pussycat, Pussycat, I Love You was more of a remake than a sequel, revisiting the same formula as the first film with different characters and moving the locale to Rome.

On this occasion, the composer chosen was the Argentinian-born jazz composer and pianist Lalo Schifrin, famous for his contribution to television music with Mission: Impossible and Mannix, and composer of really cool scores for films like Bullitt, Les Felins, Cool Hand Luke, Harry in Your Pocket, The Venetian Affair, Murderer’s Row, The Liquidator, among many others.

With lyricist Gene Lees he wrote a swinging main title song, “Groove Into It,” which was performed by vocalist Henry Shed. The film offered a broad palette for musical pastiches – from Italian opera to a comic German march and a Morricone-style Spaghetti Western anthem. It also includes some adaptations and versions of the original song by Bacharach & David, several groovy shakes, and melodic-romantic music. Pussycat, Pussycat, I Love You was possibly the most obscure and unknow work by Schifrin until it was discovered by Lukas Kendall and included in his 2008 Film Score Monthly “MGM Treasury,” an ambitious and beatiful project with twenty MGM scores which was limited to 1200 copies and quickly sold out. On that release, the music was presented in film order. But, in 1970, Schifrin prepared a soundtrack album master which, due to the failure of the film, was never released. This Quartet Records release presents, for first time, the 16 tracks intended for that release in album order; the rest of the film soundtrack is presented as a bonus section in the order in which the composer recorded it. Since the film was heavily re-edited and scenes and music moved about, the final film order differs from the album order. It is therefore a completely different (and complementary) experience to that offered by FSM.

This double-CD, two-for-the-price-of-one includes a deluxe booklet with 24-pages full of color stills from both films and “shag-adelic” liner notes by Randall D. Larson.