The Barbarian and the Geisha / Violent Saturday 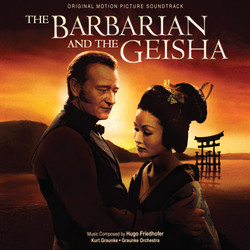 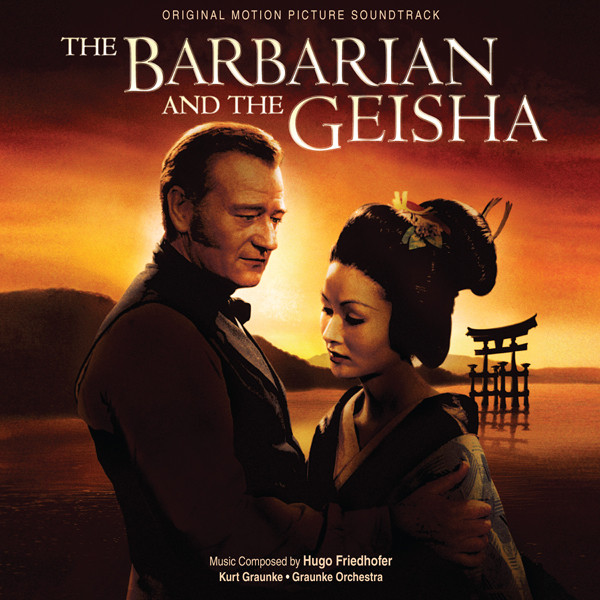 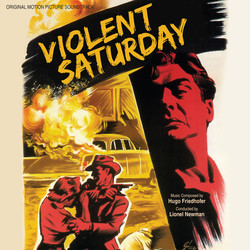 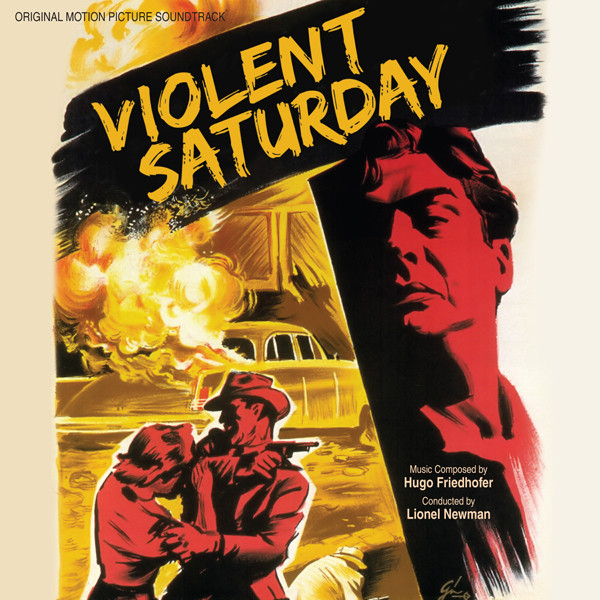 Based on a story by Ellis St. John, 1958’s The Barbarian and the Geisha recounts the story of Townsend Harris, who arrives in Japan in the 1850s as the first American to serve as
Consul-General to Japan, and who was a key figure in opening relations between Japan and America. The film stars John Wayne, and is directed by John Huston. Much of it shot on location, the film is beautiful to look at and features Twentieth Century Fox’s usual top-notch production values.

One of The Barbarian and the Geisha’s strongest elements is its absolutely stunning score by Hugo Friedhofer. By that point, Friedhofer had already written several masterpieces, including The Best Years of Our Lives, The Bishop’s Wife, and, at Fox, such glorious scores as An Affair to Remember, The Boy on a Dolphin, The Rains of Ranchipur, Soldier of Fortune, Seven Cities of Gold, The Revolt of Mamie Stover, Between Heaven and Hell, and, the same year as Barbarian, The Young Lions.

Friedhofer’s score for The Barbarian and the Geisha manages to have Oriental color while remaining tonal in a completely American way. It’s a thing of sublime beauty and one of his best scores. His main theme is heartbreakingly beautiful and is repeated many times throughout the score, and the rest of his music complements and enriches every scene in the film – this is Golden Age movie music the way we remember Golden Age movie music – melodic, dramatic, tender, suspenseful, and evoking a different time and place through orchestral color and knowing how the orchestra can be utilized to also evoke Oriental textures without resorting to triteness.

Violent Saturday, based on the novel by W. L. Heath, was made three years earlier and is a taut and suspenseful film about a small-town robbery. Almost fifty after its release, it’s considered a classic (the DVD was recently released by Twilight Time and is a must-have), with terrific performances from Richard Egan, Lee Marvin, Ernest Borgnine, and the large cast, excellent writing (screenplay by Sidney Boehm, who wrote the screenplay for the noir classic, The Big Heat), and great direction from Richard Fleischer,

Hugo Friedhofer’s score for Violent Saturday is perfection and a textbook example of how and when to use music. All told, the score is only about twenty minutes long, but it’s the perfect amount of music for this film. It does exactly what film music is supposed to do – propels the film, underscores the scenes that need it, and stays out of the way when music would serve no purpose. There are no classic Friedhofer themes to be found – just music that functions sometimes as subtext, sometimes as suspense, and sometimes as violent as the goings on in Violent Saturday.

Both The Barbarian and the Geisha and Violent Saturday had previous CD releases on Intrada, both long out of print and instant sellouts. The Barbarian and the Geisha was a standalone CD and Violent Saturday played second feature to Warlock by Leigh Harline. It’s great to be able to couple the two Friedhofer scores together, and make them available to those who may have missed out on the prior releases, or who’d like to have these two scores together on one CD. This release has been newly-remastered by James Nelson.

The Barbarian and the Geisha/Violent Saturday is limited to 1000 copies only.

Outros lançamentos de The Barbarian and the Geisha (1958):