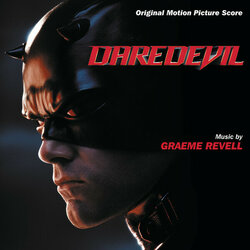 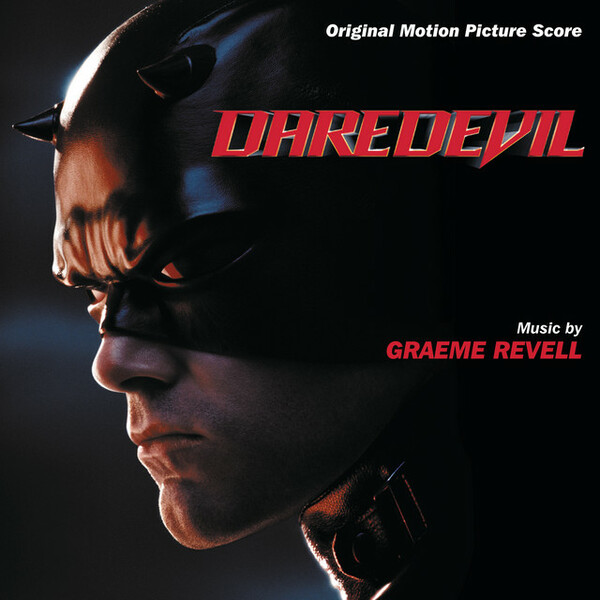 Verberg reviews in andere talen
Daredevil - 06/10 - Recensie van Tom Daish, ingevoerd op 2010-10-08 22:32:44 (Engels)
One of the interesting by-products of the new arrangements with the musicians' unions in Hollywood is the inclusion of a list of musicians that is now contained on scores released by Varese and some other labels. On more than a couple of occasions, I've had to do a double take to confirm that I'm counting correctly, so oversized does the orchestra seem to be. For Daredevil it's the seventeen french horns that amazed me, more than double the number for a standard symphony orchestra. What is often surprising is how ineffective these numbers of musicians appear to sound and the same is true here, particularly because they are often playing in unison, so the depth of sound is somewhat obscured by the recording; in other words, it might sound mightily impressive live, but when mixed down, Revell might just as well have used half a dozen. It seems like a determination to make the score as impressive as possible, even if in practice, a little more attention as to how the orchestral compliment is deployed would result in something equally impressive with half the number of players. Believe it or not, John Williams uses far fewer french horns, even on his biggest scores and with much greater impact.

Daredevil is a Marvel superhero of which I previously knew nothing, but his special skill is the ability to 'see' using sound bouncing off objects, his sense heightened as a result of being blinded as a child. Somewhere between Batman and Spider-Man in tone, but not nearly as good as either, it's enjoyable enough popcorn entertainment with Ben Affleck actually doing the hero bit quite well. Unlike Spider-Man, the film is littered with rock songs, but then Daredevil doesn't have a Danny Elfman caliber score. Having said that, it's one of Revell's more engaging efforts, although the similarities with Elfman's score are quite numerous; from the not-quite-a-hummable-theme Daredevil Theme which, unlike Elfman's does not become more revealing with repeated listens, to the electric guitar backed Matt Becomes Daredevil, a fair parody of the Elfman's Costume Montage, but less effective because of the theme. The more sensitive material probably constitutes the most memorable passages, particularly the touching Young Matt's Father and the surprisingly lyrical theme for Elektra.

The ever so slightly silly villains aren't really treated with much menace; The Kingpin receives urban electronica, echoing Michael Clarke Duncan's smooth, but lethal take on the character, while Bullseye receives a more eclectic, synthetic soundscape that is less memorable, but more intimidating and disturbing. The orchestra and electronics generally mix well, Revell hits the right buttons, so the action is exciting and the quieter scenes are sad, but wistful. It just lacks the sophistication that Elfman brings to this type of subject matter; everything from the fairly weak thematic material (save for Elektra's theme, which is admittedly very good) to the more straightforward electronics integration (even if Spider-Man is particularly impressive in this area, showing up composers of considerably greater stature than Revell) and generally less inspired orchestration. However, like the film, the music is engaging and exciting enough, but like its titular character, still something of a second tier superhero score.
Daredevil - 02/10 - Recensie van Andreas Lindahl, ingevoerd op 2008-01-20 21:25:40 (Engels)
Yet another superhero flick sees the light of day. Never been a fan of superheroes and I've never been much of a fan when it comes to superhero movies. I tend to enjoy the scores, though. Williams' Superman, Elfman's Batman and Spider-Man. All of them top notch scores. Greame Revell's synth driven score for Daredevil is not.

It starts promising, however. The opening "Daredevil Theme" starts out with subtle percussion, some quiet electronics and slow, mysterious brass. Very dark, ominious and superhero-ish. But it goes downhill from there, with a couple of exceptions. "Young Matt's Father" offers some quiet piano solos that are quite enjoyable, "Elektra vs. Bullseye" includes some eerie vocals and "Matt Becomes Daredevil" features some exciting string ostinatos and tension building music. Until a terrible electric guitar enters the stage with an annoying statement of the main theme. It's been a long time since I heard music this cheesy. Well, I suppose the kids will love it, uh...? Makes me cringe, though. As does the following track, "The Kingpin", with its crazy beats, samples and zany stereo effects. And that darn electric guitar.