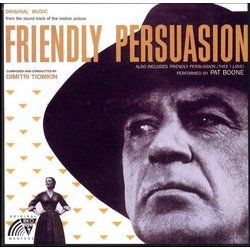 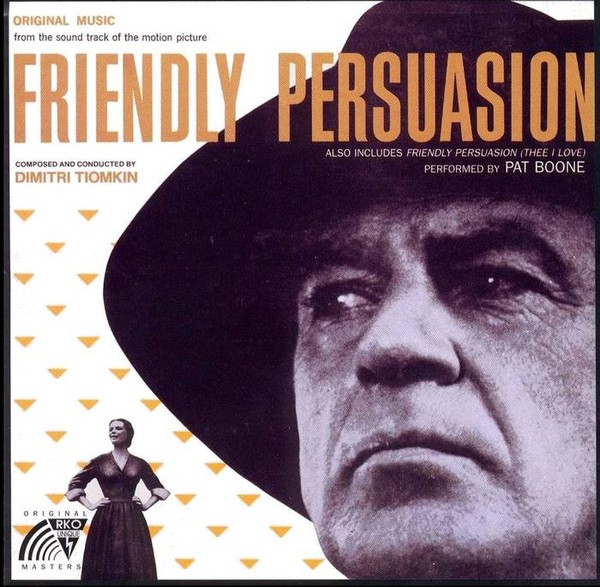 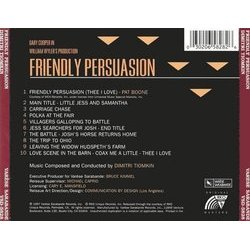 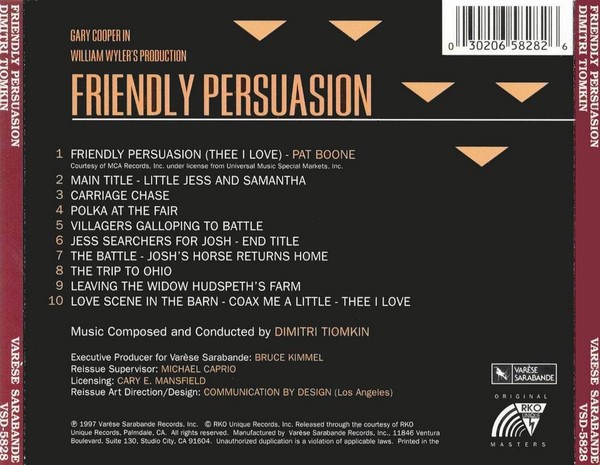 This recording features 'Friendly Persuasion' performed by Pat Boone which marked his first film soundtrack recording and became a Top 5 Hit that remained on the Billboard Charts for 24 weeks!
FRIENDLY PERSUASION is virtually a textbook example of the art of film scoring from this classic Academy Award Winning Film.
This CD has been remastered from the original tapes.