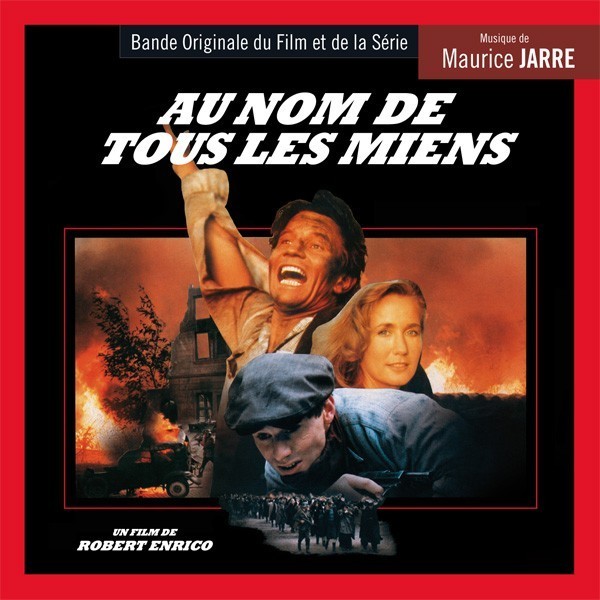 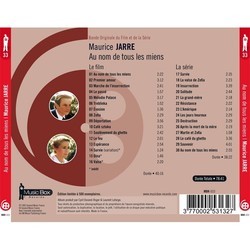 Maurice Jarre never forgot to remind that he liked being confronted with the variety of subjects and genres. Around the year 1983, he had many opportunities to diversify his musical approaches whether it is for cinema or television: he then continued to explore the many configurations of the orchestra (Taps, A Passage to India, Top Secret!), began to build his first purely electronic strange landscapes (The Year of Living Dangerously, Dreamscape) and even tried to make good use of both ways (Firefox).

Thanks to director Robert Enrico, he’s nevertheless back to the well known for him World War II field under a resolutely tragic angle. Adaptation of the autobiographical best-seller first published in 1971, For Those I loved tells the fate of young Martin Gray (Jacques Penot), from his survival inside the ghetto built by the Nazis in Warsaw to the concentration camp of Treblinka where he is deported with his mother (Macha Méril) and his two brothers. He soon escapes, alone, and then takes an active part in the uprising of the Polish capital in 1943. After the death of his father (Michael York), killed in front of his eyes, he joins the Soviet army, become officer, and fights the German army to Berlin for a victory with bitter taste.

This international coproduction allows Maurice Jarre to work again with a French director, a few times only after Gérard Vergez's Robinson Crusoe and Man Friday (Music Box Records MBR-020). The story and Enrico’s direction inspires him an intensely melodramatic score for full orchestra with the singular tone of an accordion solist. Between lovely waltz, haughty march and cabaret or bar music, the score is especially driven by the strength of a typical main theme and its very emotionnal variations which reveal behind every strings line a true desire to live. Precise and concise in his interventions, as usual, Maurice Jarre worked for two different editings of the movie, the first one short (2h25) only intended for cinemas and released at the end of 1983, the other one (about 7 hours) broadcasted on French television at the beginning of year 1985.

Music Box Records proudly presents the most complete version to date, fully remastered, with additional music compared with the previous CD edition released already 18 years ago: it represents all the sequences scored by Maurice Jarre for both editings, including some source music which he signed himself.

Do not miss this new and unique opportunity to enjoy this beautiful and poignant score!