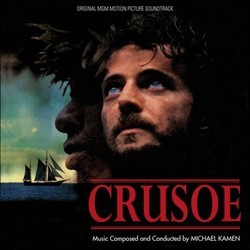 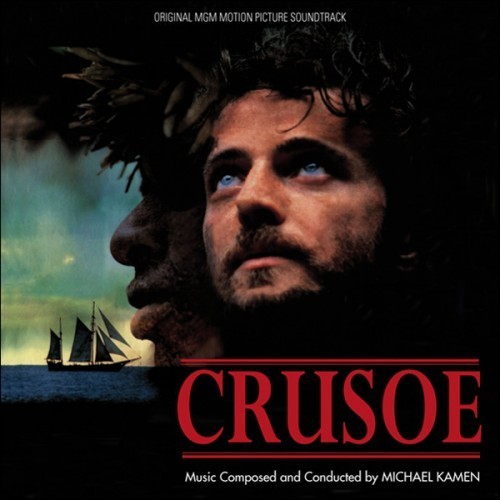 Michael Kamen (Highlander, Robin Hood Prince of Thieves, Licence to Kill, Mona Lisa) provides one of its best efforts: a reflexive, ethnic influenced score dominated by a melancholy melody that reflects the character of Crusoe. The music was performed by The National Philharmonic Orchestra.

Now after spending nearly as long in Michael Kamens archives as Daniel Defoes castaway did on the authors remote island, Crusoe has finally been rescued for CD. Its score is presented here in the form the composer originally conceived for its (never-released) soundtrack album. Crusoe remains one of Michael Kamens most intimate and evocative works, portraying Crusoes island as a state of mind as much as a rugged place for adventure. More importantly, his work showed it was a place where so-called civilized and primitive music could share a common bond of humanity.

The package includes a 16-page full color booklet, and liner notes by Daniel Schweiger, who discuss the film and the score, and also includes interviews with Caleb Deschanel and sound engineer Stephen McLaughlin.