The Fuzzy Pink Nightgown / A Breath of Scandal 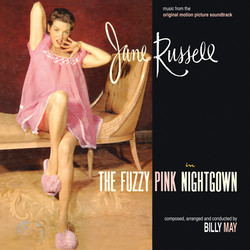 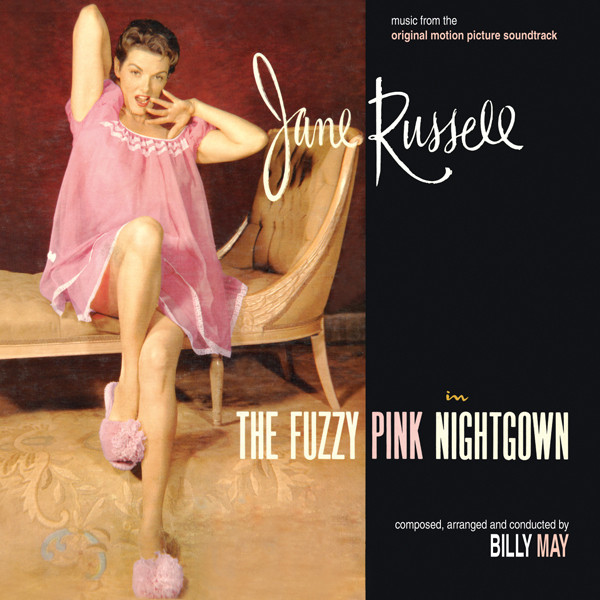 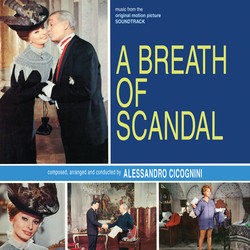 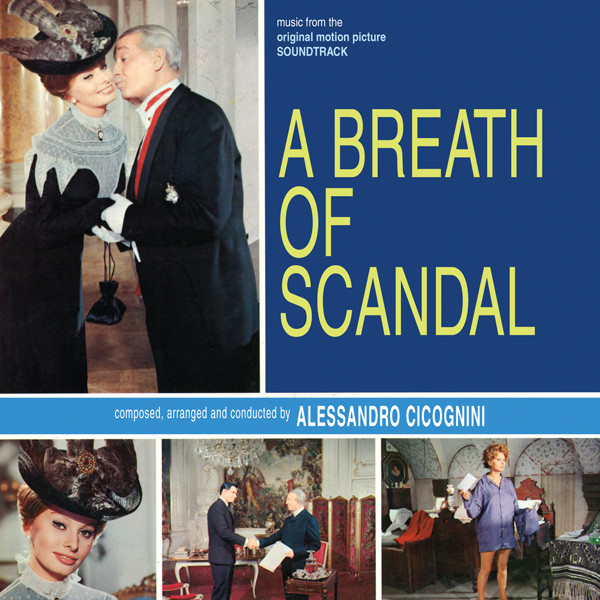 The Fuzzy Pink Nightgown and Jane Russell, a potent combination, especially when Miss Russell dons the title outfit. Released in 1957, The Fuzzy Pink Nightgown was a kidnapping comedy. A movie star, whose film, The Kidnapped Bride, is about to open, is kidnapped and hilarity and love ensue. The Fuzzy Pink Nightgown is a perfectly enjoyable bit of fizzy-fuzzy fluff, thanks to Miss Russell and her co-stars, Ralph Meeker, Keenan Wynn, Fred Clark, Una Merkel, Adolphe Menjou, Benay Venuta, and Milton Frome. While it may not be high art, its simply the kind of film they dont make anymore  a low-budget comedy with nothing on its mind other than entertaining people for a brisk eighty-seven minutes and allowing its sexier than sexy star to wear a fuzzy pink nightgown, albeit in a black-and-white film!

One of the most entertaining things about the film is the score by Billy May. Billy May began as a trumpet player in the Charlie Barnett big band, and by the 1950s he would become one of the greatest arrangers of all time, providing amazing and unique work for such singers as Frank Sinatra (several of his most classic albums), Peggy Lee, Nat King Cole, Jeri Southern, Keely Smith, Vic Damone, Bobby Darin, Nancy Wilson, Matt Monro, and many, many others, as well as a series of wonderful solo albums on Capitol with his own band. The Fuzzy Pink Nightgown is classic Billy  bluesy, swingin, lush, and gorgeously melodic. It was his debut film score, and hed go on to write the music for such films and television programs as Naked City, Sargeants Three, Johnny Cool, The Green Hornet, Tony Rome, Batman, The Mod Squad, CHIPS, Emergency, and others.

The Fuzzy Pink Nightgown was originally released on Imperial Records in glorious monophonic sound. This first-ever CD release was mastered from the first-generation album masters housed at Capitol, which was Billys home for many years.

Three years later, a very different kind of comedy was released - A Breath of Scandal. Adapted from Ferenc Molnars play, Olympia, the film starred Sophia Loren, Maurice Chevalier, Angela Lansbury, and John Gavin. Its a frothy bubble of a film, filled with seductions and complications, a little singing, a castle to romp about in, a little more singing, all photographed on beautiful sets and outdoor locations in spectacular Technicolor.

What really makes the film a glass of champagne is the delightful and charming score of Alessandro Cicognini. Alessandro Cicognini began scoring films in the mid-1930s, and by the 1950s he was one of Italys most prolific film composers, scoring many classic Italian films, such as Miracle in Milan, Umberto D, Shoeshine, Bicycle Thieves (all for Vittorio de Sica),The Little World of Don Camillo, Ulysses, Indiscretion of an American Wife, David Leans Summertime, The Black Orchid, It Started in Naples and others. The score for A Breath of Scandal is filled with delectable melodies and plenty of swirling waltzes and lush romantic tunes, and Mr. Chevaliers warbling is as enchanting as ever.

A Breath of Scandal was also originally issued on Imperial Records in stereophonic sound. This first-ever CD release was mastered from the original album masters housed at Capitol.

The Fuzzy Pink Nightgown/A Breath of Scandal is limited to 1000 copies only.