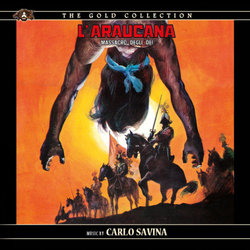 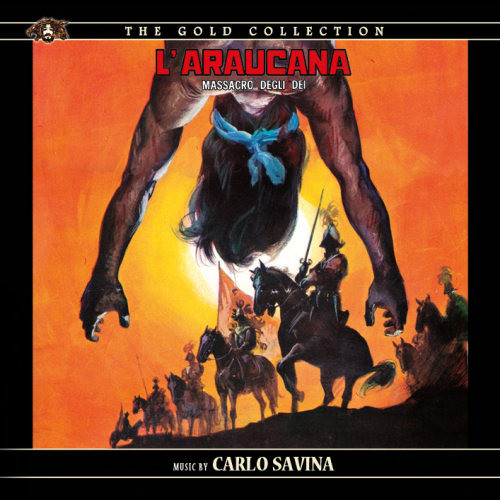 Kronos Records is proud to release for the first time ever in any format the CD soundtrack for L'Araucana : Massacro Degli Dei (also known as 'Massacre Of The Gods' and 'The Conquest Of Chile'), a 1971 Italo-Spanish-Chilean coproduction Directed by Julio Coll, starring Elsa Martinellia and Venantino Venantini.

The music for this dramatic adventure film was composed by Italian composer Maestro Carlo Savina; music director of films such as Coppola's The Godfather (1972), Fellini's Amarcord (1973), Annaud's The Bear (1988) and close collaborator of various great composers of the 20th century such as Morricone, Trovajoli, Rota, Nascimbene, Myers, Sondheim, Sarde and none less than the legendary Miklós Rózsa, whose work left a very clear mark on L'ARUACANA. The gypsy violin parts and melodramatic moments are a clear homage to Miklós Rózsa (for whome Savina had a deep respect and admiration) and his epic music.

Our fifteenth title in The Gold Collection is a truly golden title by one if the most important and versatile composers Classical Film music has ever known. A must for all fans of CARLO SAVINA and the immortal music of the Golden and Silver Age of Cinema.