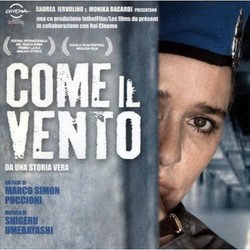 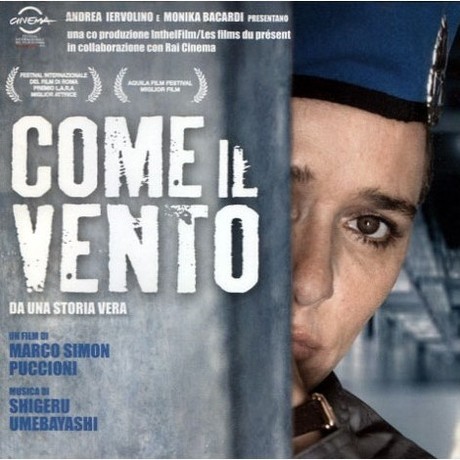 COME IL VENTO (LIKE THE WIND) was directed in 2013 by Marco Puccioni and starred Valeria Golino, Filippo Timi and Francesco Scianna. Its inspired by the story of Armida Miserere, a controversial figure in Italy recent history. Among the first women to direct a prison, she committed suicide in Sulmona on April 19, 2003, after enduring 13 years of anguish and loneliness following the murder of her man Umberto Mornile by the Camorra, and underground Italian crime syndicate.
Shigeru Umebayashi, a Japanese composer with great artistic qualities (and the favorite of director Wong Kar-Wai), was enlisted to write the score. Given his masterful ability to transcribe emotions into sound, it wasnt by sheer chance that he was added to the movies creative cast. Subtle and fine in his execution, no one but he could have illustrated this deep and complex story so adequately through music.

A score of great emotional impact, its surely among the highlights of an important movie that earned many awards and great praise from critics and audiences alike.