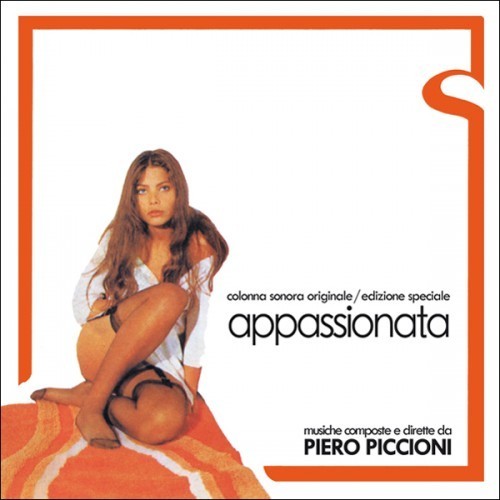 Deluxe treatment for one of the most important works by Piero Piccioni, includes the complete film score plus the 1974 album version.

Appassionata (1974) was a sexually-charged production starring Gabriele Ferzetti, Valentina Cortese, Ornella Muti and Elenora Giorgi. Chronicling the competition of two nubile girls who attempt to seduce the patriarch of a household, Gianluigi Calderone’s movie didn’t shy away from depicting such forbidden subjects as incest or the early sexual awakening of teenagers. This disturbing story was made more all the sensual by the lush underscore of Piero Piccioni.

The Quartet' 2-CD edition, two-for-the-price-of-one, contains the original Cinevox LP on disc one (previously issued on CD in Japan in 1993 by the label SLC and out-of-print for many years). The second disc includes over 70 minutes with the original film tracks, plus some alternates and outtakes, which have never before been released. The two discs together contain 108 minutes of music, over 60 of which premiere on our release, carefully restored by Claudio Fuiano from the first generation session tapes, preserved in mint condition in the Cinevox vaults in Rome.

This release includes a 12-page full color booklet with titillating behind-the-scenes film stills and liner notes by Gergely Hubai—discussing the film, the composer and the score.