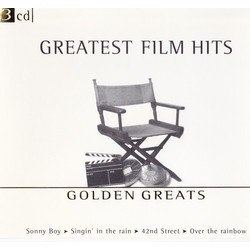 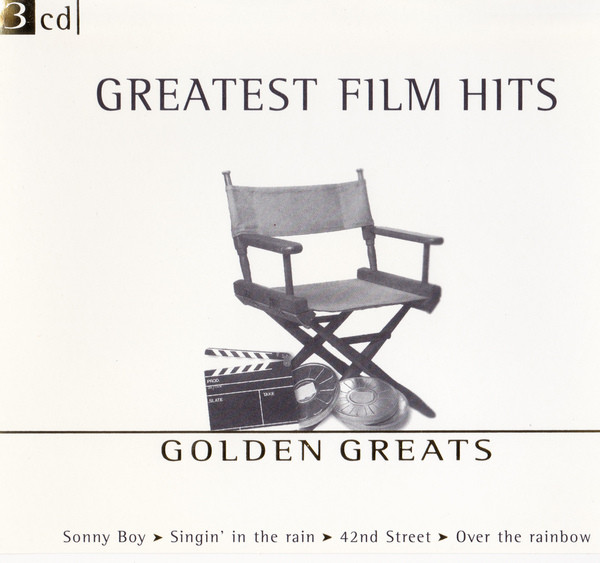 This three-disc set from the Dutch reissue label Disky presents movie themes and incidental music from classic films such as The Jazz Singer, Top Hat, and Anchors Aweigh. The tracks generally appear in chronological order, which is roughly between 1929 and 1949. However, despite being by the original artist, many of these cuts have been culled from old 78's, radio broadcasts, and alternate bootlegs, only to be remastered and presented as Greatest Film Hits. Track information is scanty, with only the performer and film listed in a difficult-to-read font on the back cover. There are no liner notes to speak of. While the bang for your buck is in volume of material, this collection doesn't offer much beyond a large selection. ~ Johnny Loftus Import exclusive, budget-price compilation featuring music from the golden days of Hollywood. Artists include Al Jolson, Jeanette Macdonald, Maurice Chevalier, Eddie Cantor, Bing Crosby, Fred Astaire, Ethel Merman, Nelson Eddy, Alice Faye, Louis Armstong & His Orchestra, Judy Garland, The Andrews Sisters, & many more. Standard double jewelcase. Disky.2002.