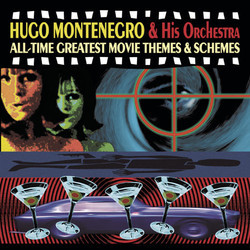 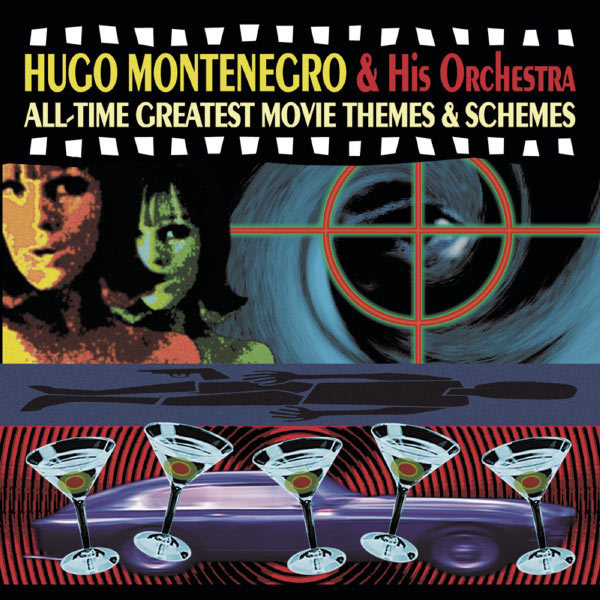 Although he recorded everything from pop tunes to classical music on his easy listening albums, arranger Hugo Montenegro was best known for his effective reinterpretations of movie themes. Twenty of his efforts in this vein are compiled on All-Time Greatest Movie Themes & Schemes, a solid compilation that shows Montenegro's gift for rearranging classic themes in a way that distinguishes them from their original versions without losing sight of the melodic hooks that keep the listener involved. A good example of this skill is his version of Ennio Morricone's 'The Good, the Bad, and the Ugly,' which became a left-field hit on the pop charts in 1968: It retains the guttural vocal chants and the spaghetti Western flourishes that made the original version memorable but streamlines them into a no-nonsense arrangement that lays out the hooks in an orderly fashion and bolsters them with a steady beat. Other highlights on All Time Greatest Movie Themes & Schemes include 'Theme From the Man From U.N.C.L.E.,' which effectively layers Henry Mancini-style brass over a throbbing surf music beat and a moody reinterpretation of 'Goldfinger' that utilizes watery-sounding keyboards and a mid-tempo bossa nova beat to give the song an ominous yet swinging feel. The remainder of the cuts offer up similar delights, concentrating mainly on spy show themes and Spaghetti Western music to create catchy yet exotic pop instrumentals. The end result is a tight, consistent compilation that provides a solid showcase for Hugo Montenegro's arranging skills and a disc that will make a nice addition to any lounge enthusiast's music collection.