All in a Night's Work 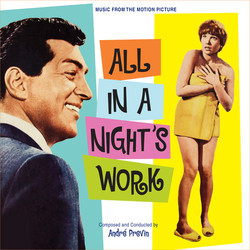 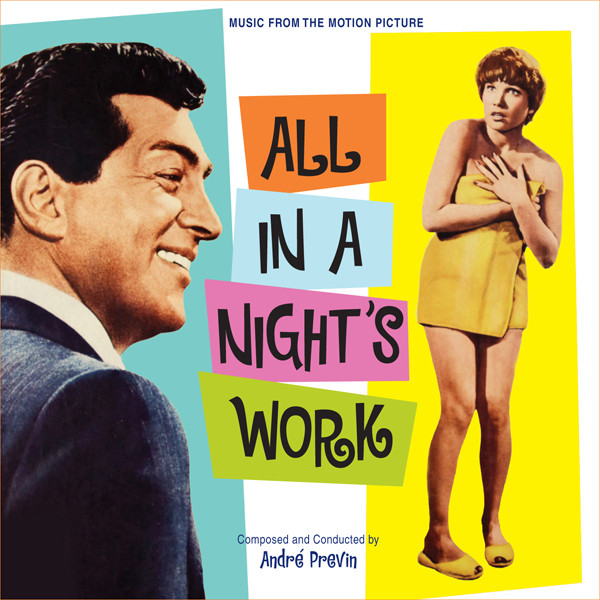 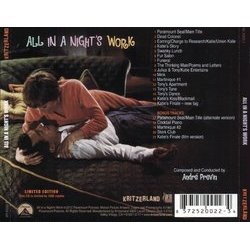 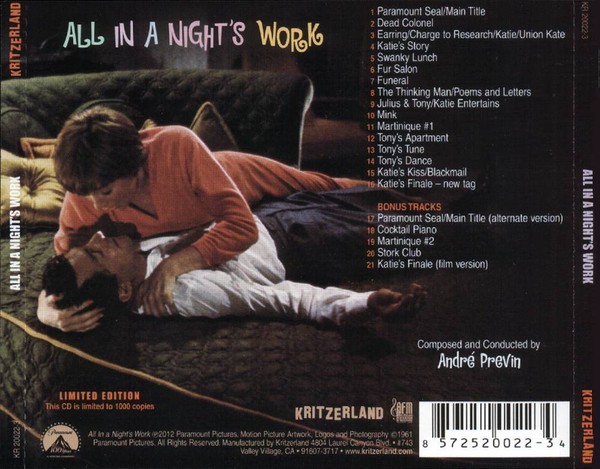 Once upon a time in a land called Hollywood, major studios churned out wonderful, frothy, fizzy romantic comedies, one after another. In 1961, Shirley MacLaine was riding high on the success of The Apartment and Dean Martin had become a real leading man after the team of Martin and Lewis had broken up. They’d already appeared together in Vincente Minnelli’s Some Came Running and Paramount’s production of Career, and because both were terrific comic actors, it was a natural to pair them up in Paramount’s All in a Night’s Work.

All in a Night’s Work was given the lavish, glossy Paramount treatment – everything was top-of-the line – the director was Joseph Anthony (The Rainmaker, The Matchmaker, Career), and the bubbly screenplay was by Edmund Beloin (Visit to a Small Planet, The Sad Sack, Don’t Give Up the Ship), Maurice Richlin (Pillow Talk, Operation Petticoat, Soldier in the Rain, and the classic The Pink Panther), and Sidney Sheldon (Billy Rose’s Jumbo, Pardners). And, in addition to the two leads, a stellar supporting cast – Cliff Robertson, Jack Weston, Charlie Ruggles, Norma Crane, Jerome Cowan, and Gale Gordon.

The plot kicks off in high style when a mysterious woman is seen running from a ritzy Palm Beach hotel room, wearing only a bath towel and not a very large one at that. Since the hotel room’s guest, a New York publishing baron, is found dead in bed, the question is who was that lady and was that lady his mistress? Complications, misunderstandings, mink coats, fancy nightclubs, and, of course, love and a happy ending, and all in glorious Technicolor, set to the romantic, propulsive, and phenomenal music of André Previn.

The main title sets the tone – an upbeat, dynamic, and colorful showpiece for orchestra. That theme recurs again, but it’s the delicious and beautiful love theme that gets most of the attention, in a large number of guises – it’s instantly memorable and works wonderfully throughout the film – as underscore for romance, shopping, cocktails, dinner and dancing, and yes, more romancing, the kind of romance that only happens in the movies with beautiful music underscoring everything. There are other equally excellent themes, and the score is just a constant delight of melody and inspiration.

All in a Night’s Work was transferred from the original session masters housed in the Paramount vaults. The tapes were in excellent condition and in stereo save for two cues that only existed in mono. The first of those is presented in sequence (track two), and the last, the complete finale, is presented in the bonus tracks section, since we had a shorter version of the finale in stereo.