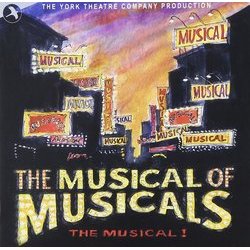 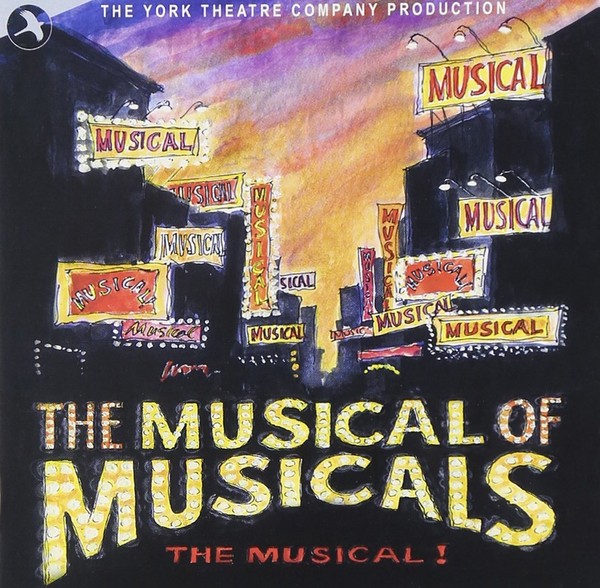 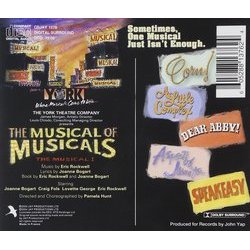 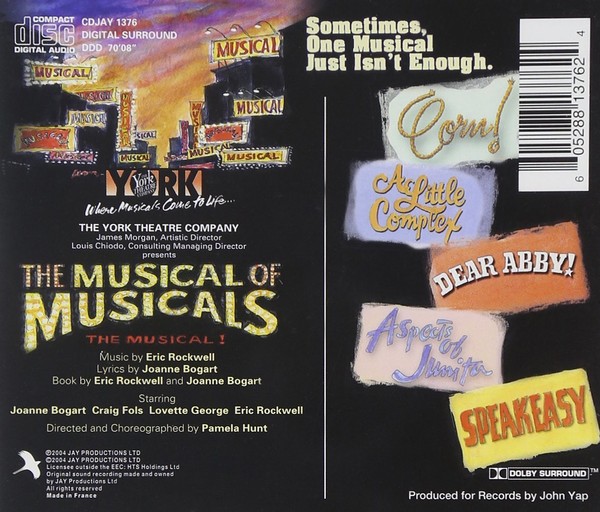 NOTES FROM THE AUTHORS Okay, so you purchased this CD, and with a title like “The Musical of Musicals” (The Musical!) you’re thinking, “This will be grand, even epic, in proportion! A giant orchestra, a cast of thousands and…” Well, you’re wrong. The show here, as performed Off-Broadway, consists of four performers and a piano.

We set out to write a great new musical. Whatever we tried to compose, however innovative, was never quite as melodious as any tune by Richard Rodgers. And however clever a turn of phrase we might have come up with, it never came close to the genius of a Stephen Sondheim. It was then we suddenly realized, nobody really wants to hear a new musical – we all just want more of the old ones. We want revivals of the great, classic musicals written by the masters of the form. The Oklahoma’s, the Carousel’s, the Sweeney Todd’s. Unfortunately, there are only so many of them. So we decided to write a brand new original revival. After all, why bother being a second-rate original when we could be a first-rate imitation? (Wait, I think I meant that in reverse…)

SYNOPSIS“A Musical of Musicals” (the Musical!) is a musical about … musicals. In this hilarious satire of Musical Theatre, one story becomes five delightful musicals, each written in the distinctive style of a different master of the form.

June, an ingénue who can’t pay the rent, is threatened by her evil landlord. Will the handsome leading man come to her rescue? In an evening of variations on a theme, this basic plot is musicalized the way Rodgers and Hammerstein might have envisioned it, taking place in Kansas in August, complete with a Dream Ballet. The story is then done in the style of Stephen Sondheim, featuring the landlord as a tortured, artistic genius who slashes the throats of his tenants in revenge because they don’t appreciate his Art. When presented in the style of Jerry Herman, the story becomes a splashy star vehicle, while the Andrew Lloyd Webber version is a rock musical, with borrowed themes from Puccini. The story is re-told one last time in the style of Kander and Ebb, set in a Cabaret in Chicago.