Doctor Who : The Tardis Edition
The 50th Anniversary Collection 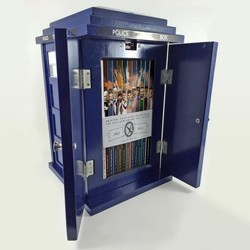 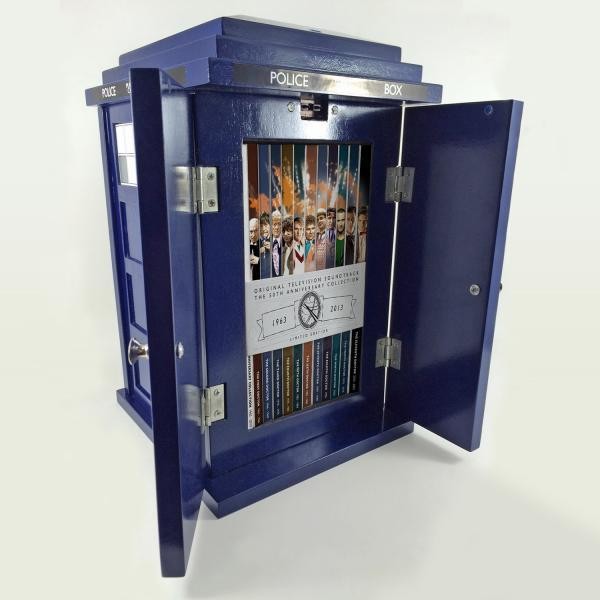 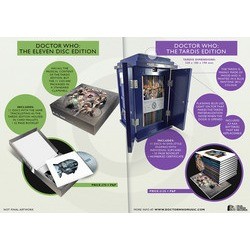 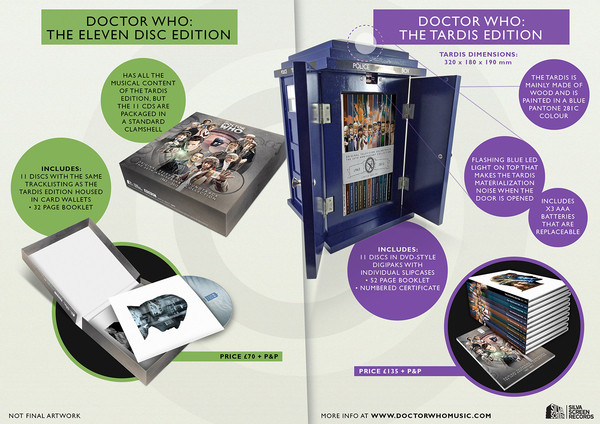 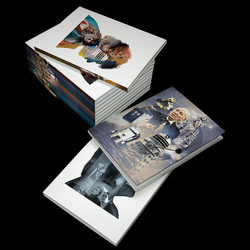 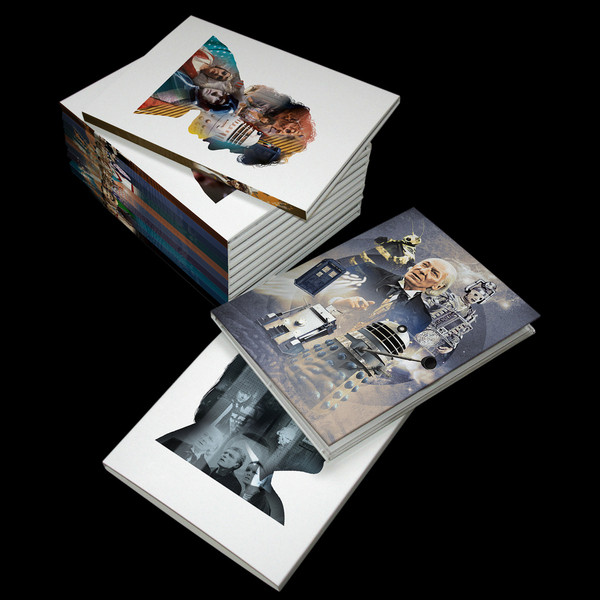 This unprecedented collection of seminal music from the BBC TV series, Doctor Who, is being produced as a one-off limited release. DOCTOR WHO: THE TARDIS EDITION is a boxed set of eleven CDs collecting Original Soundtrack music from 50 years of Doctor Who and housing them in a specially constructed TARDIS.
Composer and BBC Radiophonic Workshop Archivist Mark Ayres has spent over a year researching, compiling, editing and mastering the set with the principle work being done on the first seven discs which will showcase much material being released for the first time. The initial fruits of this work being made available last year as the four CD release – Doctor Who: The 50th Anniversary Collection
The eleven discs will be packed in DVD-style digipacks and then inserted in individual slipcases. There will be a 52 page booklet with a history of Doctor Who music, details of the sources of the audio masters, notes from fourteen of the composers who worked on the programme and detailed track listings for each disc. There will also be a numbered certificate in each box
The TARDIS is mainly painted wood, with a flashing light on top and it makes the TARDIS Materialization noise when the door is opened.
DISC ONE - THE FIRST DOCTOR
DISC TWO - THE SECOND DOCTOR
DISC THREE - THE THIRD DOCTOR
DISC FOUR - THE FOURTH DOCTOR
DISC FIVE - THE FIFTH DOCTOR
DISC SIX - THE SIXTH DOCTOR
DISC SEVEN - THE SEVENTH DOCTOR
DISC EIGHT - THE EIGHTH DOCTOR
DISC NINE - THE NINTH DOCTOR
DISC TEN - THE TENTH DOCTOR
DISC ELEVEN - THE ELEVENTH DOCTOR
© 2013 BBC Worldwide Limited under exclusive licence to Silva Screen
Records Limited