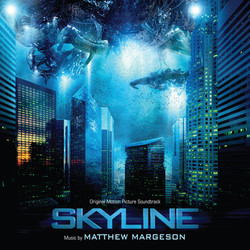 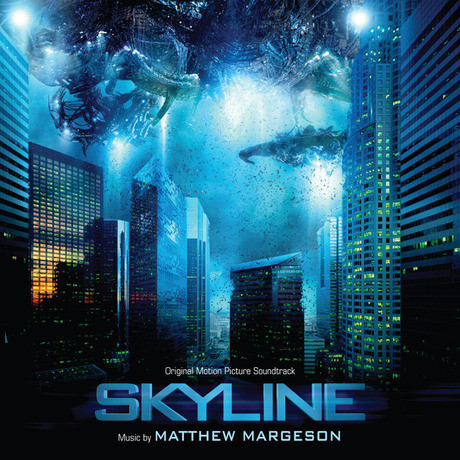 隐藏其它语言的评论
Skyline - 07/10 - 评论 Edmund Meinerts, 提交于 2011-01-06 17:31:12 (英语)
Nothing quite spells out 'arthouse film' like the fact that its directors are actually special effects artists, does it? Well, the Brothers Strause - almost certainly the best duo of directing brothers working in Hollywood today, unlike those hacks who made True Grit - have only one other film under their belt, and as it is the hardly-illustrious AVPR: Aliens vs Predator - Requiem, that should give you some indication as to what Skyline is like. Granted, the fact that this movie doesn't take a dump all over two beloved franchises does redeem it somewhat, but it's still a very derivative flick, borrowing elements from Independence Day, Transformers and The War of the Worlds.

Fittingly enough, its score, the coming-out party for Matthew Margeson (reportedly replacing the duo's former collaborator Brian Tyler), also borrows from those sources (with the exception of John Williams' aggressively postmodern The War of the Worlds, which is probably a bit over the head of a graduate from Hans Zimmer's Media Ventures/Remote Control stable). The result is a blend of the styles of Steve Jablonsky, David Arnold and, unsurprisingly, Brian Tyler, with some stock John Frizzell horror sounds thrown in for good measure. Nowhere in this score is a hint to be heard of what might one day become Margeson's own personal style - then again, it's usually quite hard to tell with a début - but these elements are combined in a competent fashion, rendering this score a legitimate guilty pleasure in places.

Between the cues 'Abduction', 'Ship Down', parts of 'They're Not Dead' and 'Make a Run For It', 'The Cavalry' and 'Final Battle', it is possible to glean a fifteen-to-twenty-minute suite of intellectually devoid, but harmonically pleasing material. The theme, such as it is, is introduced in typically melodramatic Media Ventures style at 0:48 in 'Ship Down'. That cue's buildup of deep synthetic percussion, cooing background chorus and string ostinati heavily recalls the popular 'Arrival to Earth' cue from Transformers. Fans of that score will love 0:38 into 'Final Battle', the score's best half-minute of unadulterated guilty pleasure, complete with gloriously hackneyed neo-classical chord progressions and the usual chorus in the background to up the 'epic' levels. The compilation cue from Skyline is, however, 'The Cavalry', a cue that also presents the theme in MV power anthem style, but adds heroically ripping snares out of David Arnold's playbook and an aggressive little motif about a minute in that is pure Tyler in style. Despite the lack of originality, it is actually quite interesting to hear these different styles combined to produce such an enjoyable result.

Also going for it is Skyline's relatively organic mix. There is a live orchestra (the Slovak Symphony, a low-budget choice that does a decent job despite the odd performance error), a chorus and a bank of synthetic percussion effects, but Margeson, for the most part, avoids the synthetic overdubbing that Hans Zimmer himself persistently uses, especially in the brass and to create a deeper bass rumble. The style of the electronics is, indeed, closer to Tyler, and don't be surprised if you find yourself occasionally recalling The Expendables here.

Unfortunately, this praise can only be applied to roughly half of Skyline's fifty-minute playing time. The rest of it, catering to the film's horror element, is unlistenable for the most part and a true detriment to the score's overall listening experience. Single cues, even, are rather frustrating - 'Make a Run For It', for example, becomes a strong orchestral action cue in its second half, but the first two minutes are atmospheric buildup, with screeching effects and string glissandi galore. Cues like the titular ' Skyline ' are to be skipped entirely. Guaranteed to divide opinion is the score's final cue, 'Damage Report', recalling memories of Ramin Djawadi's first Iron Man score with its heavy rock that nearly drowns out the decent-sounding orchestral backing. Such things have been done much worse than this before, but it's still an unfortunate way to end the out-of-order album ('Final Battle' halfway through the score?).

In a nutshell, if you demand originality and intellectual depth in your scores, Skyline is not for you. If you found Transformers contemptible and aren't interested in the more orchestral glimpses of Tyler and Arnold that shine through, Skyline is not for you. If you are easily soothed by anthemic crescendos of easy tonality and harmonic force, however, Skyline is definitely worth checking out, and it stands as one of 2010's finest guilty pleasures. A solid début score from Matthew Margeson that comes with a recommendation to all who nurse a soft spot for the MV/RC sound.